'Ooh... Oh, no': Dave Coulier shares his reaction to first hearing 'You Oughta Know' on the radio

Originally published at: 'Ooh… Oh, no': Dave Coulier shares his reaction to first hearing 'You Oughta Know' on the radio | Boing Boing

He’s so vain. He probably thinks that song is about him.

I like what Alanis has said when asked if she was ever going to reveal the name:

“No revealing,” Morissette replied, “but I am intrigued at the thought—or at the fact—that more than one person has taken credit for it. I’m thinking, I don’t know if you want to take credit for being the person I wrote ‘You Oughta Know’ about.”

She then said there have been “about six people who’ve taken credit for it.”

“I just think: If you’re going to take credit for a song where I’m singing about someone being a douche or an a–hole, you might not want to say, ‘Hey! That’s me!’” she said.

Protip: Live your life in such a way that you never have to wonder if a hit song about the singer’s douchebag ex is directed at you.

Still a banger of a song, too, on one hell of a great album.

I hope he really likes the song. Then maybe we could get extra verses to Ironic.

Protip: Live your life in such a way that you never have to wonder if a hit song about the singer’s douchebag ex is directed at you.

Exactly. Pick a side. Either be a nice guy or a total douche.
(Wait, that’s what you meant right?)

Could there be that many people who opted to give her a cross-eyed bear?

Having hung out a lot around alternative comic book artists and musicians, I find this an interesting topic that often makes me queasy. I mean artists almost always draw inspiration from their personal lives. From people they know and their relationships with them. If you don’t know the artist or their circle, you can hear they lyrics or read their stories more as symbolic and abstract. But when you know them and you see who they are talking about, even if they aren’t named… I often find myself tugging my collar. It’s awkward. It’s sometimes embarrassing or insulting in its simplified point of view. I don’t know how people deal with it when the artists they know are super revealing and autobiographical. It’s like low key being on a reality show. I’ve actually written some comics and music myself and have done exactly what I’m talking about, but I am hyper aware and try to keep stuff a couple layers abstracted to the point where I think some of my close friends don’t even know what I’m talking about or where I’ve gotten the inspiration. This is not a critique of people brave enough to be more personal. Some of that work is amazing and really great specifically because it’s so raw and personal. But I just don’t know how they do it man.

I got off topic a bit there maybe. Not really talking about this song or the events depicted in it. Just generally how weird it is when your real life is unexpectedly depicted, good or bad or neutral even, in someone’s art. 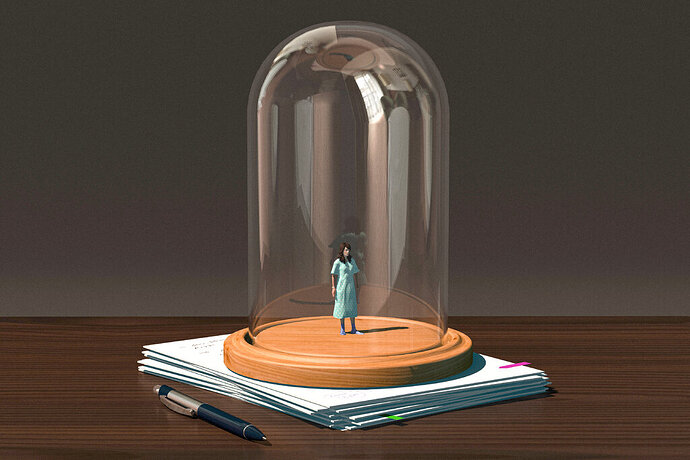 Who Is the Bad Art Friend?

Art often draws inspiration from life — but what happens when it’s your life? Inside the curious case of Dawn Dorland v. Sonya Larson.

I had a roommate decades ago who told me he had been in eleven car accidents in one year. He then complained about how everyone else was a terrible driver…