The house itself is really cool, though.

I kinda like it, but I think the neatness factor would wear off after a while.

The main reason I wouldn’t want to live in it though is the interior shape of the walls. Since they bow outward from the floor, some rooms take up more real estate compared to the floor area than a cylindrical room would, with the exception of the tiered floors in rooms like the listening/theater room and the rooms where it seems the floor is high in the bubble like the office and the bedroom they show. It also makes me wonder what’s under the floors (concrete, unused space, storage area, grateful sneks?). And while it’s nice to have high ceilings, those high shelves set back from the floor due the wall bow would be…interesting to clean.

So, neat, but doesn’t seem super practical. Would make a cool space station though.

If you get a chance, take a look at the floor plan on the agent’s website.

Notice that the smallest rooms in the whole building are the two “other” bedrooms and the laundry space, all of which could easily fit into the cavernous office or master bedroom. Space for people who are not the architect seems to be de-emphasised in this structure, for some reason.

At 1:24, when they pan around the bedroom, you can see that the door to the balcony has been partially blocked off with what looks like plywood, and the matching door has been layed out on the balcony.

My guess is that the door came off it’s tracks, and they didn’t have time to get it fixed before filming.

It lacks room for paintings.
Paintings are better than people.

Don’t get me wrong, it’s cool to live in a house that’s totally specific to you, but that’s not what architecture is.

A senior project is a great opportunity to experiment and push design boundaries in ways that may not result in a particularly practical final result. It’s like designing a concept car that you know will never see mass production.

Frank Gehry didn’t get commissions like the Walt Disney Concert Hall in L.A. or The Dancing House in Prague because his portfolio was filled with conventional, practical building designs. 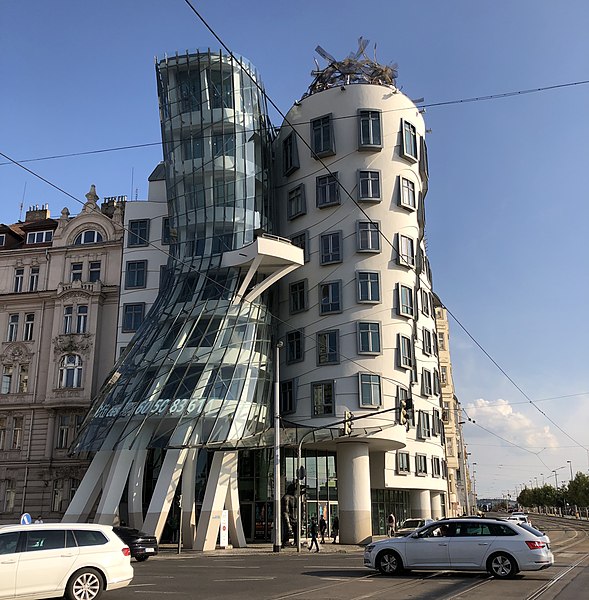 I dig it, and I’d live in it, but every night I’d expect Alex and his droogs to break in and beat the crap out of me. 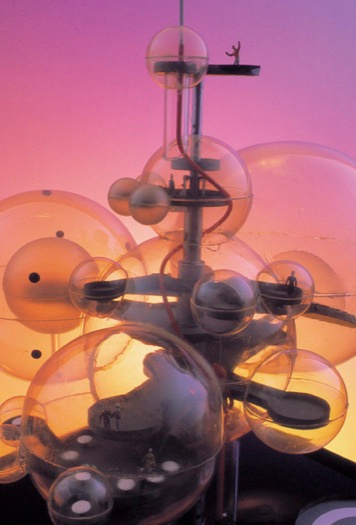 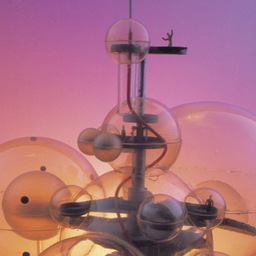 Dome houses are reportedly tricky to furnish - looks like a lot of custom interiors address that here. The thing I’d be scrutinizing as a prospective orb-plex-owner would be the integrity of water-tightness of those junctions between the semi-spheres, seams are a general point of concern with stick frame structures and water always seems to find a way.

So this is a new thing?

I mean . . . it’s not related to the “real estate bubble” I always hear about?

The main reason I wouldn’t want to live in it though is the interior shape of the walls.

That, and from talking with people who lived in geodesic domes when they were all the rage, the acoustics are really bad.
Bubbles/domes: really good for maximizing indoor volume as compared to building shell surface area, really bad for acoustics. And as others have noted, makes it way harder to hang paintings and the like.
According to some of the old hippies* I know who lived in domes, they’d be up in their sleeping loft and hear others way across the place even if they were whispering as quietly as they could. I’m sure something could be done about it, but it would need to be intentional.
*I use this term in a most loving and respectful way.
And also, this house looks really cool.

According to some of the old hippies* I know who lived in domes, they’d be up in their sleeping loft and hear others way across the place even if they were whispering as quietly as they could.

The door that matches the single door to the left of the plywood seems to be on the patio behind. Guessing that they lost a pane of glass and did not have it repaired at the time of filming.

The inside was much cooler than I expected, I’ll admit. However unconventionally-shaped rooms always have the same two problems:

A house like this is really cool to look at, but I’d never buy it even if I could afford to, honestly.

The listing says “Designed by world renowned Architect Mr. Graham Birchall.”. So maybe he did graduate. “World renowned” is just an opinion, of course.

No, but you go to top of the waitlist if you have an autoimmune disprder.

I’ve always dreamed of having a geodesic dome, and being a musician this just sells me on it further.

Yeah, I thought of editing my original post, since “bad” acoustics are very function-based. Bad for privacy in a group-living situation would actually be amazing for musicians in a lot of cases.
“Sound good singing in the shower? Come check out this dome!”
I’d love living in one, sans roommates.