Out Of Control Police - What Can Be Done?

I originally dropped this in the HYST thread, but it really doesn’t belong there. I was in a crappy place when I wrote that post. Anyway I’m killing that one and moving the content here.

WARNING: Man with hands up shot to death by police at ~55sec.)

I feel like I’m drowning in powerlessness here. What can be done? Could we, as a group, build something smart and webby that would induce change?

I don’t know… burn it all down and start again?

I can’t encourage violence, but back in the day, if a sheriff or officer killed people in unjustifiable ways, the towns people would literally bind them to a heavy pole called a rail, and then literally run them out of town on a rail. Sometimes it seems like the community rising up and the mob getting its justice seems worthwhile. When due process is obviously rigged, then what are we supposed to do? Wait for the mayor to award the murderous pigs another medal?

run them out of town on a rail

There’s tar-and-feathering as well, which I understand was sometimes fatal.

I don’t want to answer brutality with more brutality. But like you say, if we can’t trust due process…perhaps I shouldn’t go on.

What if we could build a database (in a mobile app with a friendly front-end, of course) of cops who’ve been convicted/penalized for doing nasty things, but are still on the job? Maybe people would make an effort to recognize, and “police” the ill-doers in their own communities?

Escalate? By which, I don’t mean escalate the violence. I mean, call out the bad cops’ supervisors and on up the chain.

Make it clear that they need to train and control their subordinates (not just give them a gun and turn them loose), or else it will have negative consequences for them.

It wouldn’t be right to blame them for crimes committed by rogue subordinates, but if they’re just accepting that their subordinates are criminals, then they’re a problem too.

Could also make it a requirement that all police cadets have to watch all episodes of Andy Griffith.

Find out how your local police use of force policy is made, enforced and audited. Monitor and question auditors independence and the activity of any civilian review board. If there is no mechanism for independent civilian review of use of force, with meaningful input into policy, be very disappointed that you live in a police state.

I reckon the best thing you can do about this is help Bernie Sanders get up.

We need to disempower, disarm, and disband the police.

This is, of course, an emphatically radical project – which is why it’s phrased that way, as a progression. It would have to be connected to a broader social transformation.

The real challenge, I think, is in overcoming the widespread belief that we need police to begin with. Police are astonishingly ineffective at actually preventing crime, at least the sorts of crime that any of us really care about.

My stepson suggested that maybe we should start boycotting television shows about cops, and that seems like an excellent idea.

My stepson suggested that maybe we should start boycotting television shows about cops, and that seems like an excellent idea.

BUT that’s like 98% of the shows that aren’t reality tv and the worst show that is.

46 TV shows, 9 of which are still in production and running, many more of which ended recently, according to the universal arbiter of human knowledge

List of fictional portrayals of the NYPD | Television programs

And that is just the New York Police Department!

Here’s something a little more thorough:

This is a list of police television programs. Dramas involving police procedural work, and private detectives, secret agents, and the justice system have been a mainstay of broadcast television since the early days of broadcasting. Shows that are not dramatic programming are indicated (e.g. reality television, comedy or comedy-drama).

94 of them are still in production. But this list is international.

ETA:
With a little spreadsheet-fu I was able to determine that of this list, there are fully 30 cop TV shows currently in production airing in the USA.

Also cop shows are more popular and numerous by an order of magnitude than their runner up: Medical Dramas.

Huey had some ideas… 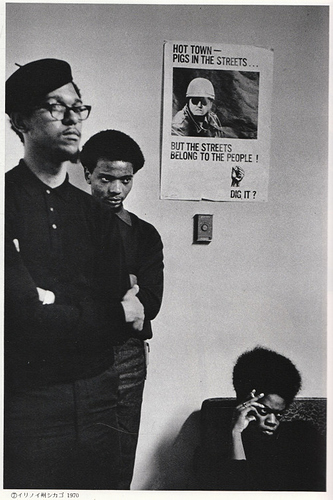 Hi again, y’all. Above I said:

What if we could build a database (in a mobile app with a friendly front-end, of course) of cops who’ve been convicted/penalized for doing nasty things, but are still on the job? Maybe people would make an effort to recognize, and “police” the ill-doers in their own communities?

Could an app like that have helped someone like James Blake, who took a beatdown from an NYPD cop with previous complaints on his record?

Or is it somehow unworkable?

Catalog all police dept’s in the nation. Abstract and categorize all use of force policies and state and local laws. Correlate with actual statistics scraped from public data sources. Include court cases and settlements. Crowdsource new reports of inappropriate use of force. Present the data.

in case you didn’t see it, the ACLU put out an app. 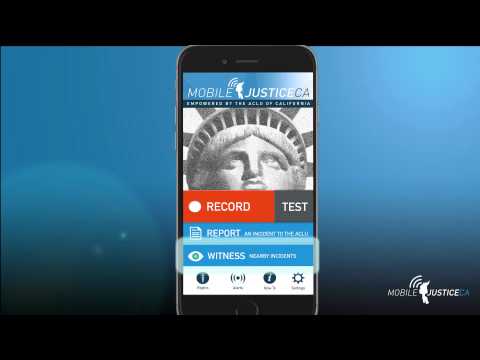 Not sure it would have helped James Blake - dude got stone cold jumped. But, yeah, the concept of a WAZE-like app to crowd-source terrible police and precincts seems inevitable.

Wouldn’t it be nice? An AR app that used a combo of facial recognition and badge numbers to tell you which cop you’re interacting with is the raging asshole and which one is the professional.

I don’t think police are out of control, certainly 30 or 50 years ago it had to be a lot worse for minorities, statistically speaking. Can anyone rationally dispute this? Anyone wanna go back in time to the utopian 1950s and see how cops treated minorities? Show of hands? Anyone?

What did change is that we see a lot more of the abuse because everyone has a camcorder in their pocket and a global network of instant video sharing.

Long term that is absolutely a good thing. Imagine the horrors that went on 30, 50, 100 years ago that nobody heard about or saw. And seeing it is the first step to changing it, without question. All cops should have mandatory body cams, in addition to citizens filming all the time on their smartphones. The data is all there; video works to mitigate bad behavior.

Problem is, “seeing it” may lead you to believe abuse is super common all around you when it probably isn’t. There is a word or term for this kind of bias, I can’t remember what it is, but same principle Fox News runs on – show the most horrifying outliers over and over and people start to think the outliers are the norm.

So there is a balance to strike here, fix the outliers, use video to do it, but realize that these outliers are not the complete story, either.

What bugs me is how often these shows advocate breaking those inconvenient laws and proceedures to catch bad guys, and how when people are called on these oversteps it’s seen as obstruction with maybe the cast’s resident crazy paying lipservice opposition, but they’re the tinfoil hat person weirdo so you can safely disregard.