Public Service Announcement: While seemingly funny, this is actually sad. Do not teach your parrots to swear because they will outlive you and it makes it harder for them to find a new home. Not everyone wants a swearing bird in their home or finds it funny. Macaws like this guy can live 100 years and go through several owners so please resist the urge. YOU might not even want a swearing bird once you have kids, etc.

Once when my wife and I were at the Nashville Zoo we came out of the reptile house to find a parrot in a cage. He said "Hello!’ to us. We thought this was cute so we stayed and tried to get him to say it again. Then an older couple came out and the parrot started saying, “Oh shit, ohhhhh shit!” At the time it was funny, and I assumed he’d picked it up at the zoo. I later learned that most of the zoo’s parrots are donated or rescued, so, in spite of having a bit of a foul mouth it seemed like his story had a happy ending.

The more I learn about parrots, though, the more I feel that they’re just not meant to be kept as pets, possibly not to be kept in captivity at all. I realize many natural habitats have been destroyed, and saving some of these magnificent birds is better than saving none at all, but I can’t help feeling sad whenever I see one in captivity, no matter how funny its behavior may seem.

that is one incredulous, angry bird.

This bird is chained to its perch. Most bird owners would consider that abusive. It also looks like the birds wings are clipped, so if it fell off its slippery metal perch, it would probably be stopped by the chain on its leg. Then it would violently flap its wings to try and get itself back upright, hitting whatever was nearby as it panicked at being caught.

Teaching birds obscenities isn’t cool. Chaining them to a perch is really messed up.

Do not teach your parrots to swear because they will outlive you and it makes it harder for them to find a new home. Not everyone wants a swearing bird in their home or finds it funny. Macaws like this guy can live 100 years and go through several owners so please resist the urge.

I’m sure this is true, but I can’t help thinking that it would also be pretty hilarious to have a parrot versed in profanity that went out of style a century ago. “AWK! DEVIL TAKE YOU, YE POXY WENCH! AWK!”

Like most pets, they can be very happy or very unhappy in captivity depending on how the owner cares for them. They tend to bond very strongly to a single human (usually merely tolerate other humans around them) and do just fine with a moderate amount of attention.

poor bird he must have just heard 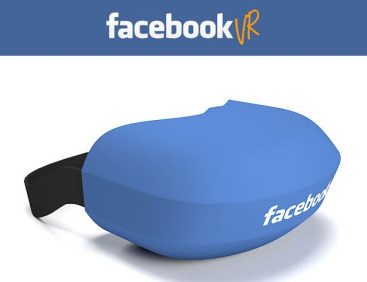 Not everyone wants a swearing bird in their home or finds it funny.

But not everyone has to - just one guy.

Nope, he will eventually move somewhere where he can’t have a bird, or find a partner that the bird hates and will be forced to choose between wife and bird (common as birds get jealous). Or children come along and parrots can be quite dangerous. Or he’ll just die. Most birds of this type do not stay with a single owner and need re-adoption at some point, likely several times. Teaching them to swear does not help.

My Grandmother had inherited a talking myna bird, who would call out at random intervals, “No Robert! No! No!”. I was too young then to figure out the implications, but it’s bothered me ever since.

I think Boundegar’s point was that if this parrot ends up needing a new owner, not “every” prospective parrot owner needs to find this funny, just one. Of all the people who want to get a parrot at any given time, I would think there’d be a sizeable minority who would think this sort of thing was funny…I could be wrong of course, do you have specific evidence that swearing parrots have a harder time finding owners than other parrots, or is this just speculation?

I do agree with MrMike’s point that chaining a parrot to its perch is a bad idea, in any case.