Originally published at: Pee-wee Herman performing 'Surfin' Bird' in 1987's 'Back to the Beach' | Boing Boing

You know what? He was completely thrilled to do it.

I have no doubt. Because he’s Pee-wee.

I saw this movie in the theater. I had a job working outdoors in 100+ degree weather and lived in a place with no air-con, so going to movies was a good way to cool off. I remember seeing the preview and thinking I’ll bet they put all the good parts in the preview. Sure enough, on viewing the entire movie, I was correct.

Pee Wee’s appearance wasn’t the only highlight of this completely terrible 80s movie. The other was Fishbone doing Ska Ska Ska! 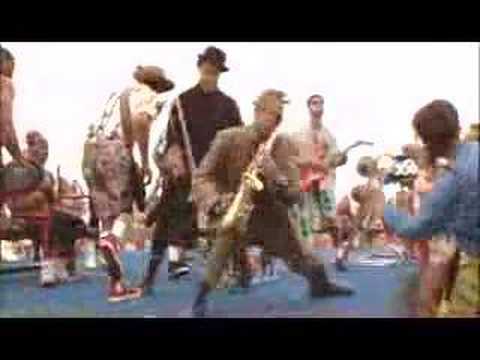 Pee-wee’s cameo was fantastic. Roger Ebert seemed to like the movie.

This movie absolutely blind-sided me. I don't know what I was expecting from "Back to the Beach," but it certainly wasn't the funniest, quirkiest musical comedy since "Little Shop of Horrors." Who would have thought Frankie Avalon and Annette...

It may be nostalgia, or that I was not a super-critical consumer at 12, but I remember loving this movie, and was thinking about forcing my children to watch it. Heck Roger Ebert liked it

I don’t know what I was expecting from “Back to the Beach,” but it certainly wasn’t the funniest, quirkiest musical comedy since “Little Shop of Horrors.”
Back to the Beach movie review (1987) | Roger Ebert

But I am afraid it may backfire and I’ll never get another 80s/90s films. I am riding a high after Bill & Teds Excellent Adventure landed well. I’m debating the Sandlot as a safer bet.

they put all the good parts in the preview.

Not all of the best scenes were in the trailer, it omits Frankie Avalon shaving and playing golf while surfing to the sound of Indiana Jones. Also, Aunt Becky in a swimsuit.

I am always excited to see new (to me) cameos from Fishbone. They were such a huge influence in the late 80’s and 90’s but never got the level of love I think they deserved. They’re still out there touring, though the lineup isn’t the same as back then. It went down to just Angelo and Norwood for a while, but they’ve slowly been pulling others back in. It’s lovely to see every time they come to town.

in addition to scoring the entire film, Fishbone performs their own Howard Beach Party in one of my all-time favorites: Tapeheads.
also in this scene are soul legends Sam Moore (of Sam&Dave) and Junior Walker, the bartender is the guy in all the Alex Cox movies, and you may just recognize the two leads 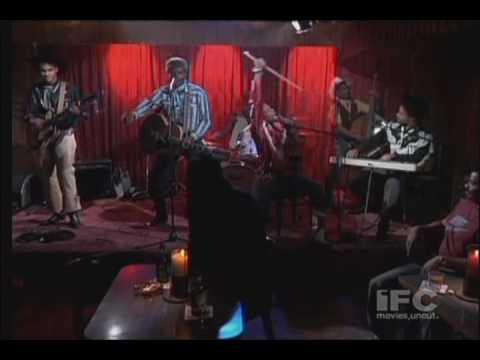 It went down to just Angelo and Norwood for a while

The Psychotic Friends Nuttwerx album from that era is surprisingly really good. I don’t think I would have even known it came out except it came to my college radio station.

Totally agree; that album was dang good. It was interesting watching the band get heavier as we went through the 90’s to suddenly a more light / “Truth & Soul” feeling album with Psychotic Friends Nuttwerx… I’m certainly happier with the lighter tone, personally. shrug I just work here.