People of Colour Destroy Science Fiction: a podcast with Nalo Hopkinson and friends

I was under the impression that science fiction, like fantasy, is all about the white and the black joining forces to gang up on the green.

You have to go to anime for green equality.

The $72 reward level provides all back issues of lightspeed + a 2 year subscription. I just paid around $200 for the same content in November. This frustrates me greatly.

I heard that “Moon is a Harsh Mistress” is getting a hollywood adaptation, and I can’t help but expect that they’ll whitewash it. I mean “Starship Troopers” was a terrible movie, and on top of that, they cast the lead, who, in the book, is filipino, as Matt Damon. [edit: as pointed out below, it was not actually Matt Damon, just some guy I remembered as looking a lot like him.]

In “Moon is a Harsh Mistress,” the protagonist is clearly not white, and that is relevant to the plot, and though one of the other major characters is, and another one likely is, it’s made clear that being white stands out on the moon, such that basically all of the supporting characters and extras (and Adam Selene) should be visibly of mixed ancestry to stay true to the book. I somehow don’t see hollywood doing that right.

Just a small nitpick, but Casper Van Dien played Johnnie in the film adaptation, not Matt Damon. Not that it makes things better.

I remember reading Starship Troopers as a boy and being amazed in that little scene where Johnnie reveals that his real name is actually Juan and the language he grew up speaking at home was Tagalog. It was the first time ever I’ve seen an Asian character as a lead protagonist in a sci-fi. The film version ensured that Johnnie was forever whitewashed. Now in any Starship Troopers spin-off I see him in, he’s always portrayed as a white man.

They couldn’t even get a single Asian cast on the crew of the Serenity even though Firefly’s universe is supposedly filled with Chinese people and Chinese culture has permeated every facet of life in the 'verse.

I remember reading Starship Troopers as a boy and being amazed in that little scene where Johnnie reveals that his real name is actually Juan and the language he grew up speaking at home was Tagalog. It was the first time ever I’ve seen an Asian character as a lead protagonist in a sci-fi.

That pretty much perfectly illustrates the reason this is important.

As a white guy, I remember that being kind of a twist ending, that made you stop and think because because you’ve read the entire book up to that point unconsciously assuming that Johnny is a white guy who looks roughly like Casper Van Dien.

but expect that they’ll whitewash it.

In other literary adaptation news, here is who they cast as Shadow for American Gods: 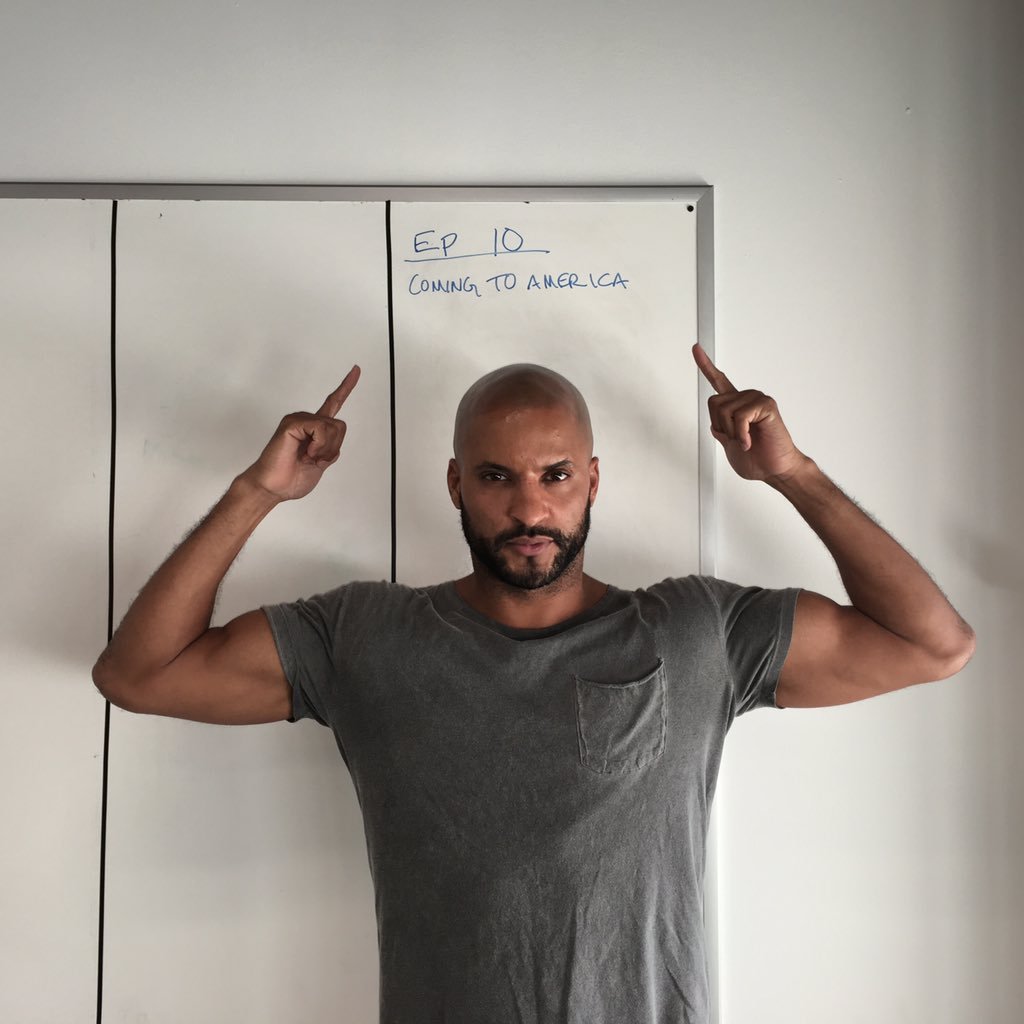 Sure, but you all realize that the original film wasn’t meant to be at all respectful of the original source material right? It was a heavy-handed, campy indictment of the proto-fascist themes of the original novel and a parody of American militaristic jingoism. It nicely presages the Bush years.

The Johnnie of the film is a dim-witted naif/jock robot. He’s a protagonist in the same sense that Humbert Humbert is the protagonist of Lolita. He’s not meant to be likable or relatable.

I don’t know if that actually changes anything with regard to changing his race. I imagine the decision was made because Casper Van Dien just looks like someone who would give you a wedgie in high school (again, not a subtle film). He’s cursed/blessed with with one of those too-blandly-handsome-to-land-the-Bruce-Willis-role faces that you always find on character actors who are typecast as villains.