Don’t they know that marihuana is a Gateway Drug? He’ll be eating cocaine next!

Good thing the kid reported it. Now police will arrest people instead.

That was the goal, right?

Based on the headline, I assumed they did it to set him up, but it sounds like it was done purely for the sick kicks of the police officers. 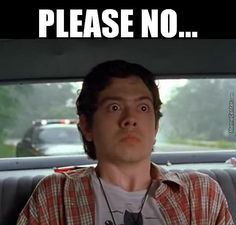 Apparently uncooked THC will mostly pass right through you.

Or at least that’s what my friend’s wife says. She has a prescription for medical.

She says you can extract it into consumable form with alcohol, though, so I guess if this happens to you maybe you should go home and pound a couple shots of whiskey.

Why are they resigning? It’s the word of three police officers against one stoner. The body cameras probably just refused to work because the verdict was obvious.

Correct. THC needs heat activation, i.e. decarboxylation for any psychoactive effects to be felt.
What a waste of good weed.

“All three officers had been wearing body cameras but they were turned off at the time, he said.”

So, tell me for the millionth time… what’s the point of having them if they can be turned off by the people you’re trying to hold accountable?

is this really the rationale for body cams? the few pilot projects in Germany use a flipped argument: the cams are used to monitor suspects and should be switched on if an officer believes he could be in danger

Ideally, it would be great if they were running 24/7 (though only worn while on duty) and monitored from a central location by human beings on rotating shifts. The theory would be to give decent officers a comforting sense of connectivity, and quality control those who abuse their power, by having everything recorded as evidence.

allowed to retire. what a great gig.

That just means you don’t get all of it though. Eating a gramme of good weed will still fuck you up.

Not me it wouldn’t. I can smoke a gram in one sitting and still be good.

What a waste of good weed.

OTOH, this is not the ideal time to find out your new dealer laces your pot with angel dust and sildenafil.

Apparently uncooked THC will mostly pass right through you.

This is half true. Uncooked weed is less effective. Delta-9 THC is psychoactive, but weed has both THC and a carboxylic acid derivative that can be converted to THC through heat.

The only problem with @pixelshifter’s statement is that THC isnt being decarboxylated, THC is the end product of a decarboxylation of a related molecule. “Cooking” THC is going to get you something else depending on what you mean by “cook.” Marijuana being a natural product means the THC to THCA content will vary season to season, plant to plant, and plant part to plant part.

Cooking" THC is going to get you something else depending on what you mean by “cook.”

I am very very much not an expert on any of this. All hearsay and casual observation.

That being said, it seems to me that the people I know who do this sort of thing (medical cannabis users) are using butter or oil and cooking their weed in crockpots to create intermediary substances that are then used in cookies, brownies, &etc. The medical stuff is actually graded right on the package, like for example “27.5% THCA” or “3% CBD”.

I’m not a marijuana expert either, I don’t smoke it myself, though I think prohibition is stupid. I’m a chemist. My knowledge of this is based around stuff I’ve read about it (cannabis is a popular topic in the secondary literature) and based on my knowledge of organic chemistry and natural products.

are using butter or oil and cooking their weed in crockpots to create intermediary substances that are then used in cookies, brownies, &etc

That’s not really about creating intermediaries. At crockpot temps with butter and oil, you’re preforming extraction, pulling the hydrophobic plant oils and residues into solution. There are likely side reactions like Maillard reactions and what have you, but it’s impossible to guess all possible outcomes from general principles.

Not knowing anything about how these businesses are run, I don’t trust these numbers. I work with natural products at a soap company, and I’m can’t really share why, but let’s just say I wouldn’t be surprised if analytical tests showed these numbers to be off. I’m very curious to know what kind of regulation exists for these numbers. The testing is expensive (and you need to test to get these numbers) and I can absolute see people cheaping out here.

Like I said, I don’t know that the numbers are bad. I am happy to be presented with more information. My ego is not invested in my hunch, but as I said the hunch is based on related experiences.

This guy who ate the weed is a dickhead. They should have taken his dickhead ass to jail.

Are the cops dickheads too? Yeah, of course they are. Goes w/o saying. But as far as dickhead cops go the ones that make you eat a baggie of weed are a lot better than the ones who take you to jail over a baggie of weed.

Their mistake was not simply shooting him. He wouldn’t have complained from the morgue and they would have been heroes for defending the good people of Maricopa County from a dangerous criminal at risk of their own lives.