The NY Times reported “…Michael Briggs, a spokesman for Mr. Sanders’s campaign, and Tad Devine, a senior adviser to the campaign, said Mr. Sanders had said it was him.”

Yes. I think we posted this in the Why or Why Not Bernie? Master thread… I think it’s pretty well established that he participated in civil rights in Chicago as a member of CORE: 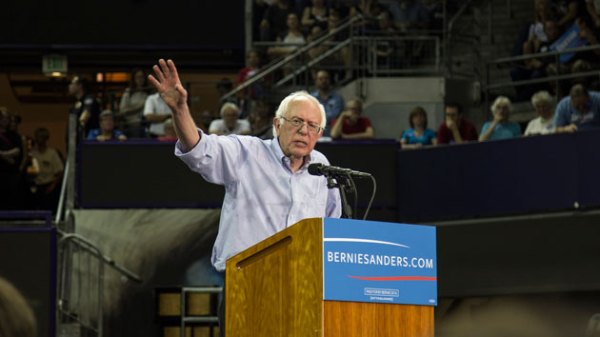 Here's what Bernie Sanders actually did in the civil rights movement

Lewis is really backing the establishment here and it’s fairly disappointing considering how radical SNCC was in breaking with the mainstream of the Civil Rights establishment back in the day.

And thankfully long before Mr. Rudd, et al. piled in the new left’s version of the Tea Party clown car.

In August of 1963, not long after returning to Chicago from the March on Washington, Sanders was charged with resisting arrest after protesting segregation at a school on the city’s South Side.

Looks like the same guy to me. And there’s no controversy whether he was there.

Has anyone found an attributed quote directly from him acknowledging he’s in the photo? I think it’s him too though the NY Times story was hedging.

I think his wife and his campaign indeed confirmed it was him. I’m sure he’s not focused on that anyway.

If Hillary Rodham Clinton had been a leader in the Congress of Racial Equality, she would never shut up about it. It would be in every speech. Bernie’s leaving money on the table here. Nominations are for closers, Bern!

This topic was automatically closed after 363 days. New replies are no longer allowed.