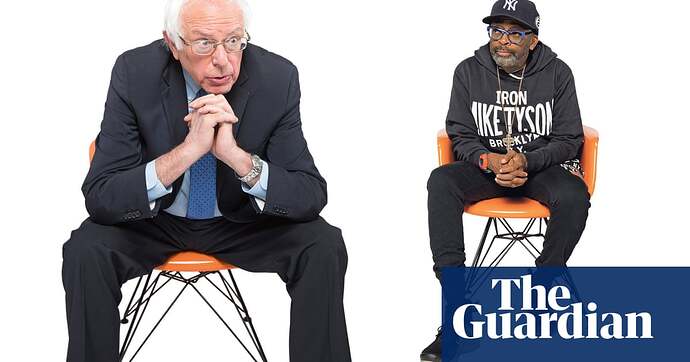 Bernie Sanders meets Spike Lee: ‘Where do we go? Where is the hope?’

The senator and the film-maker discuss Trump, where Clinton went wrong – and how to make a difference in 2017

As the article says, Berne’s in pragmatic fightback mode before anyone else.

Senator Sanders is quite cogent there

While Bernie is being pragmatic, it still is sad the direction he’s taking is back to defending civil liberties and being aggressive on the issues to swing the white working class vote back. I don’t argue it won’t be effective, but it’s not as heroic as it gets presented. He has to ignore a lot of things to say what he is saying and is willing to do that for the US.

it’s not as heroic as it gets presented.

True, but neither the Old nor New Left seems to have any other ideas going. A shame really.

This topic was automatically closed after 84 days. New replies are no longer allowed.