It’s the victim blaming that was a problem

A fair point. It’s not appropriate to criticize a lack of self defense on the part of those who are getting this kind of advice from the cops

Multiple attacks in London described as ‘Potential Act of Terrorism’
ficuswhisperer June 5, 2017, 5:54am #2

As Jules says in Pulp Fiction,

Put yourself in the shoes of a Rugged Individualist™ keyboard warrior who wants everyone to know he’s a tough guy and that advice from those namby-pamby British cops makes no sense at all.

Never suggested that -I- was any more of a tough guy than the average American citizen.

I’ve been threatened with criminal violence just once in my life. Attempted mugging with a pretend gun (finger in jacket pocket). I told the guy to show me the gun or take off, and he chose option two.

I was younger and stronger back then than I am now. Would I tonight face down a wannabe jihadi carrying a butcher knife? I honestly have no idea.

If I or my family was in a pub of a Saturday night, would I feel better knowing that there were some patrons of the pub who -would- stand up? Fuckin’ A.

A lot of it is training. Most people understand rationally that six people with chairs are going to quickly defeat a person with a knife. But unless the six people have previously agreed to grab chairs in such a situation, they are more likely to just cower and hide. It can take one person to quickly organize some sort of active defense. That is a very significant part of our training, just developing the mindset. Like sitting down in a plane and counting how many rows in each direction the emergency exit is.
Most people who chose a career where they are likely to face deadly situations worry how they will react when it really happens. A blustery attitude is no help. If anything, it conceals apprehension. Training situations try to get as close as possible, but don’t really answer your questions. And I am not just talking about combat. A big one for me was shipboard firefighting. I had the best training you could get, but I really did not know how I would react to a real fire deep inside a ship, wearing the SCBA and not really being able to see. I was probably more worried about how I would act than the danger from an actual fire.

I think that’s generally good advice. it’s what I’d tell my kid to do and likely what I would do, as well as try and help people to also get away. Then again, it’s hard to know what you would actually do in that situation until you’re in the middle of it. Judging other people by what heroics you think you would pull off in the same situation really isn’t fair to them. Stress and adrenaline does strange things to the body, after all, and responses to direct threats aren’t generally being logically thought out.

Attempted mugging with a pretend gun (finger in jacket pocket). I told the guy to show me the gun or take off, and he chose option two.

And that doesn’t mean that someone who handed over their wallet is somehow weaker than you.[quote=“lolipop_jones, post:120, topic:102120”]
Would I tonight face down a wannabe jihadi carrying a butcher knife? I honestly have no idea.
[/quote]

Then don’t judge how others acted in just that situation, maybe?

I admit, I don’t understand the concern about the emergency communications - The advice from the Met makes perfect sense. Untrained people ‘having a go’ generally leave nice wet puddles of blood and/or cause suicide bombers to detonate their device before anyone can get away, so it’s not going to be advice from the Police to ‘have a go’.

The armed police are eight minutes away, but that clock only starts ticking once someone reports the incident, so they want someone to be able to report it. Then they don’t want people hurt, and finally they want the target zone as clear as possible for when that clock reaches zero and the trained response unit ends the threat.

“Get out of there, hide, and contact us” seems to cover it pretty well.

I have mentioned before that I took martial arts and the one thing they drilled into us? If you have the option of leaving the dangerous situation, do so. All the techniques and tactics they taught were for the sole purpose of changing a dangerous situation you can’t get away from into one you can. Even the specific example I mentioned in another topic was about that.

And you are also right that the last thing armed response needs is a bunch of amateurs hanging around and making a mess of matters.

Knives are very dangerous - one victim (survived) was a police officer, rugby player, he aggressed them and was stabbed three times. Another was a martial artist / boxer (level unknown) who similarly survived after takin them on and suffering injury.

It appears organised, structured resistance deterred them - a restaurant had paid attention to recent police advice about protecting customers and staff, plus had three Albanian ex-military members of staff, their actions dissuaded the attackers from bothering.

That said, what do I think I’d do? Depends who I’m with. I have kids too. All sorts of factors. Cornered? Take out there eyes.

When I saw the title of this thread, I assumed it was about this: 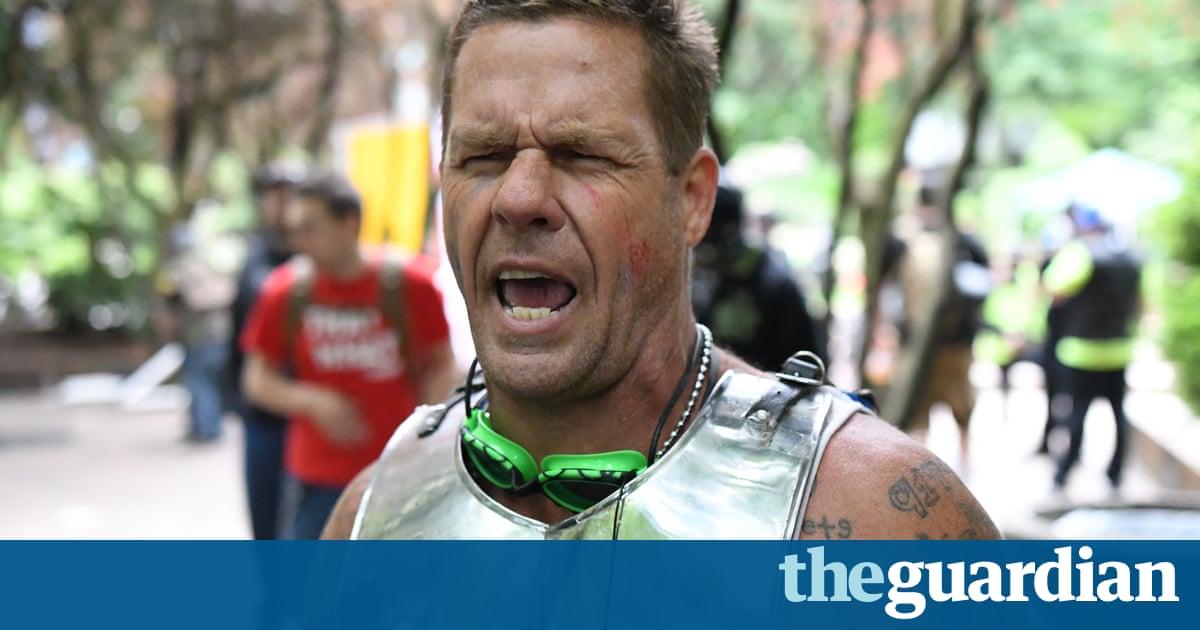 Far-right and ‘anti-fascist’ groups face off with each other and law enforcement, a little over a week after two men died in a racially charged stabbing

This is one of the many unproductive lines of thinking that inspires me to disregard “terrorism” as an unhelpful concept. Terror is a state of mind/being, not the act of being attacked, or being opposed by an ideology. As an umbrella term, I think it does assume and ask for reactionary behavior.

There are real strategic disadvantages which can occur when hiding or fleeing an assault. Hiding can cause one to be cornered if discovered. Running usually leaves one’s back exposed and temporarily offers an easier target. Calling for help can alert attackers to your location. On an airplane, a drive to avoid individual fatalities can cause the death of the whole group.

The more practical answer I think is usually “it depends”, and try to do a quick risk assessment. Feeling terrified is not conducive to this process! Try to expect possible dangerous situations wherever you may be, but without worrying about them.

Best method seems to be group up, be organised, counter-attack. Cowering isn’t going to work - we’ve seen that in multiple horrid instances with rampage killings.

These guys were wearing fake bomb vests, which would have freaked people out though. That said, in the cold light of rational day, they hadn’t set them off - they were attacking with knives.

Most people understand rationally that six people with chairs are going to quickly defeat a person with a knife. But unless the six people have previously agreed to grab chairs in such a situation, they are more likely to just cower and hide.

In the U.S., this coordination is much less likely to happen. We all know there’s going to be a gun (probably multiple guns, with extended clips) and so getting the hell out of Dodge is the only rational response. But in countries without our guns, they’re used to the scenario of bar fights with only such weapons as knives or glass bottles, so using the chairs is actually a recognized solution.

Getting yourself and others out of danger is the best option for a bunch of reasons. The only real reason to stay and fight is if there is a good chance to prevent harm to others. It just depends on the specific circumstances.

We totally agree on that.

…these guys were wearing fake bomb vests, which would have freaked people out though. That said, in the cold light of rational day, they hadn’t set them off - they were attacking with knives.

I’m not sure if that was really clever or just random.

I’m willing to take a bullet or a cut if it will achieve some purpose, but I would pull up short, at least for a few seconds, if I saw anything that looked like a bomb vest. It’s one thing to risk your own life, but a very different thing to risk blowing up an area full of people who haven’t had an opportunity to make their own decision known. Normally I try not to think too much when reacting to violence, but a bomb vest (or lookalike) would pretty much force me to stop and think.

That is why they used them during the 9/11 hijackings. Really, anything that an attacker can do to delay the reaction of victims works in their favor. It works the opposite way as well.

That is why they used them during the 9/11 hijackings. Really, anything that an attacker can do to delay the reaction of victims works in their favor.

The situation wasn’t really the same with the 9/11 hijackings because the passengers on the first three planes didn’t have enough information to make an informed decision about the best way to respond. They mistakenly believed, as in most previous plane hijackings, that it was primarily their lives the terrorists were threatening. In that situation rushing the terrorists (and likely taking down the plane in the process) wouldn’t have likely resulted in a better outcome than short-term cooperation. Only the passengers on United 93 had enough information to know that the terrorists’ primary goal was to use the planes as weapons and they were likely to die in any event.