NO LOOKING AT PIGS!

Buying and eating them is OK though. 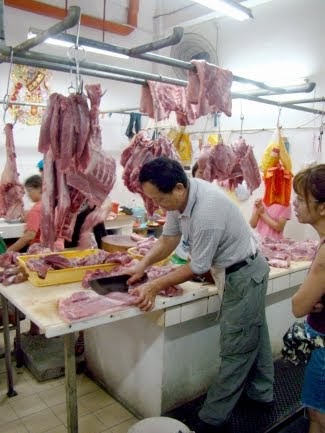 Living In Malaysia: The Wet Market

The wet market is a Malaysian/South East Asian term for early morning market. These markets are a gorgeous mess of stalls selling fruit, ve...

Fuck religion is stupid and ignorant.

Yep… this is some asshole forcing others to live his idiotic belief.
http://www.thestar.com.my/News/Nation/2014/01/22/No-reason-to-black-out-pigs-faces-says-Wan-Junaidi/

“During the H1N1 outbreak, you have seen a lot of pictures showing the culling of pigs in various publications,” 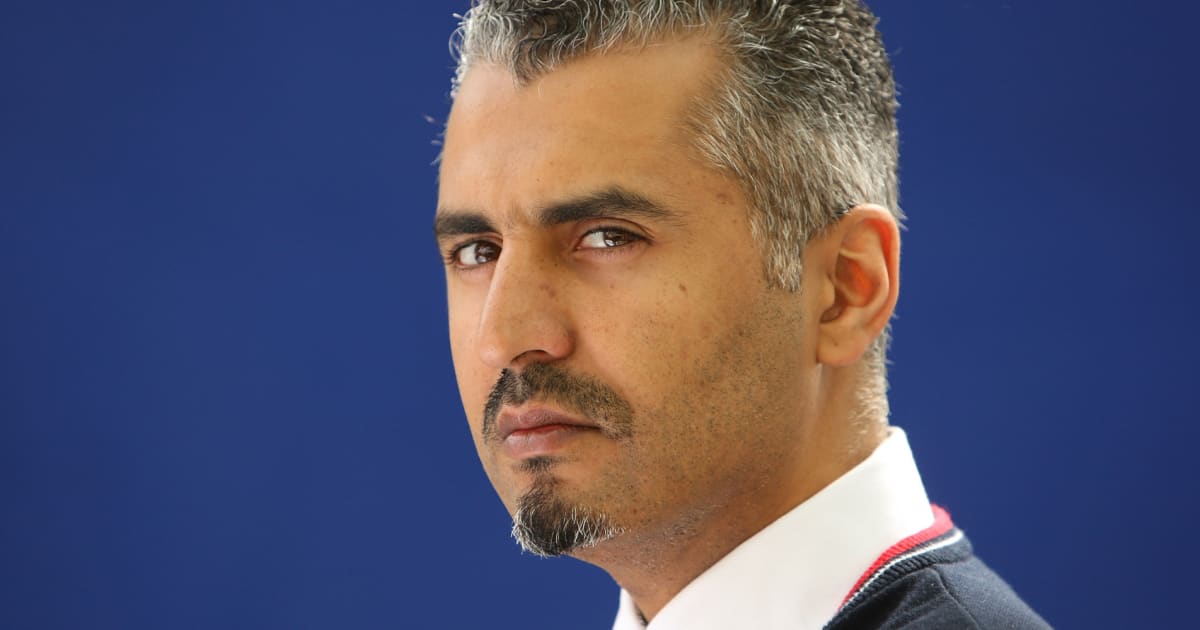 I kinda avoid shitholes where expressing an opinion can get you thrown in jail, irrespective of how tasty their food is.

No, not because they are Muslim. Protection against the radical zealots who commit violence in the name of a god.

You must have renounced travelling by plane, then.

I’ve never been stopped from expressing an opinion on a plane, have you?

I’ve never been stopped from expressing an opinion on a plane, have you?

Then you haven’t tried expressing the wrong opinion on a plane.

Then you haven’t tried expressing the wrong opinion on a plane.

My opinion is never wrong

Typo, or do you work on a very interesting farm?

They should’ve just put lipstick on them.

Yeah the Malysians are a bit funny about non-halal. You can buy pork at the supermarket from a special section with huge warning signs. You pay the non-muslim guy in that section for your purchase so the Malay girl at the checkout doesn’t have to touch it.

But they sell slabs of beer in the soft drink isle right beside the cans of coke.

Malaysia isn’t like that. In my opinion it is the most enlightened islamic nation on this planet and its a shame they don’t take more of a leadership role world wide.

Yeah, but it’s more than just not eating pigs. There’s also a bit about Jews getting caught fishing on the Sabbath, so God turns them into monkeys and swine.

One of those things - if you read a clean translation of the Q’uran, it’s very short and to the point. But, not unlike the other People of the Book, various factions like to study it half to death and get it all twisted up into some strange and wonderful things.

I like the swine flu idea, though. You know, for all the (heh) military and security intelligence these fools drone on about, wouldn’t it just have made every kind of sense to ‘leak’ that all those vaccinations soldiers got before going to Iraq and Afghanistan were really swine flue infections? And that we hadn’t perfected it during Gulf War I, and that’s why our guys got Gulf War Illness? I mean, then all you’d have to do is start some wild rumors about how you could contract it just by sitting or standing where the soldiers had been, and that any impact to them would atomize it and spread it across villages and whole cities?

Not much funnier than us, I guess. You can buy beer inside the supermarket, or go down to the local sports bar and drink beer with the local cops. Or, you can buy pot in a separate section just outside the front door of the supermarket, and pay for it there. That same cop can arrest you on the spot and have you imprisoned for possibly decades. We may not all like this state of affairs, but we accept it as our cultural reality.

Wordplay, actually. Originally came from one of the Scott Adams books on business. . I picked it up from the Scary Devil Monastery, back in the heyday of USENET. .

Ach they’re not likely to get bombed in Malaysia. They’re doing it to avoid the hassle, and fuss that might be made, and to be seen to be toeing the political / religious line.

Any real unrest, bar political protest, in Malaysia might be up in the far north in the region which culturally mixes with south Thailand.

Malaysia has the indications of moving towards extremism and totalitarianism, it’s objectively primed to, but it isn’t there yet.

Well, I hear ya, and when I’m in Singapore I enjoy secretly chewing gum in the arrivals queue.

In Thailand you wouldn’t talk about the monarch, in the US you wouldn’t say you favor dismantling the TSA so the would-be bombers can get on with it and blow themselves up, in the UK you wouldn’t say to a policeman that you’re headed to Buckingham Palace to arrest and jail the Queen, etc etc.

Malaysia suffers most from corruption and criminality. Political and religious considerations are there, but it’s just something cultural to pay heed to.

There is a wide gulf between jihadist camps in the outbacks of Yemen and Malaysia.

The Malaysians are determined to get on in the world, and they’re figuring out how. Doesn’t mean there won’t be an issue, as the initiating factors are present, but for now, it’s not a dangerous place. Bar Eastern Sabah, for whities.

I worked with a woman from Malaysia for a time. She happened to be Hindu. And she was hands down probably the most beautiful woman I have ever laid eyes on in person. I mean - just stop and stare gorgeous. And she had very, very dark skin. Darker than many Africans, but of an exact Asian shade you never see in Africans or Polynesians. But in Malaysia, the color of her skin made her absolutely un-marriagable. So, her parents educated her. She went into IT and came to America - where she stayed single and became a success in the field. Duckling there, indie swan here. Quite a nice story, actually.

Anyway - they certainly plenty of cultural biases that we usually wouldn’t even be aware of. They’ve apparently got quite a crush of various religious and cultural groups to contend with there. And what can they do, really? Here, people throw fits over nativity scenes on courthouse lawns and such, but the place is so Christian-dominated that you hardly even hear from others in your own community. What do you do when God comes with 10,001 avatars plus 1 kid and 1 ghost - and multiple (very vocal) factions following various sets of rules with all those avatars? Gotta be a giant pain!

Yeah the stats on Malaysia are very interesting. Majority Malay / muslim, then Chinese / christian, then Indian sub-continent, then a whole bunch of others.

As time goes by, the Malays have basically, and deliberately, outbred the Chinese to achieve majority. Long-term planning. The Chinese are being isolated into pockets of economic activity - but the saying still goes that if you want something to work, you hire the Chinese.

There is an extremist drive, but a common aspect to Malaysians (aside from the most important thing - their incredible food) is the desire to get rich. Very American in that respect. They all recognise that if they go too far islamic, which they’re being tugged into, bit by bit, then the world will not favour trading with them. So that puts the mild brakes on the surge.

Like with your Hindu friend, it’s not all sunshine and flowers, but adhere to cultural norms, be aware of what’s going on and what it means, and you have a damn good life. Same goes for everywhere really.