Piketty: the poorest half of Americans saw a "total collapse" in their share of the country's wealth

The big change in the last election was not a seismic shift of working class support to Trump; he got the same bigoted middle-class arseholes that the GOP always draws.

But the working class did refuse to continue being accomplices in their own pauperisation.

Want to get rid of the fascists? Give the workers something to vote for.

What we need is some serious thinkers to come up with a way to soundbite that ‘trickle down’ has failed everywhere it’s been tried and that corporations can afford to pay more to people. Until that message is digested down into chunks easy enough for the half of the US population with an IQ under 115 they will continue to think they are voting to change things.

Here is what you’re up against (comment from Marketwatch link):

@Chris Collins Ian, you should come to the US. We have great opportunities here and England is not on our ban list. Living in a socialist country has distorted your views on opportunity. You can start the process legally to become a US citizen and within a few years, you too can have the opportunity to be or do whatever you would like without regard to lineage. I could see how England would depress someone if their last name was not Wentworth or they were not related to the king or queen. Doesn’t work like that in our country. If you could see some of my ancestors, you would be shocked that I can even read and write. Only in America could I have done what I have done and I am so grateful for that opportunity, keeping in mid that it was only an opportunity, no guarantees, no handouts. Good luck my friend!

Slavery is alive and well in the good ole USA.

Yup. I always thought that the US would really have to undergo some radical transformations before it would turn to fascism - that things would have to be worse than the economic devastation of Weimar Germany because we had history to look at to steer us away from making similar choices. Instead, it took almost nothing - the economic impetus turned out to be the middle class looking at the poor and thinking, “I don’t want to end up like that!” (and then making the worst possible choice given their intent was to avoid it).

Move to Denmark young man. Neither the US or U.K. are leaders here.

“The relationship between father-son earnings is tighter in the United States than in most peer OECD countries, meaning U.S. mobility is among the lowest of major industrialized economies. The relatively low correlations between father-son earnings in Scandinavian countries provide a stark contradiction to the conventional wisdom. An elasticity of 0.47 found in the United States offers much less likelihood of moving up than an elasticity of 0.18 or less, as characterizes Finland, Norway, and Denmark.”

The first mistake might be that of assuming that there is any real consensus about how “wealth” is measured in the first place. To what extent anything may count as wealth depends entirely upon how it is valued, and since this is subjective, by whom. Economics explain this away by positing a populace of atoms who all “just happen” to share the same values and goals. IF - and that’s a big IF - these can be formalized, then you can model it as a game and claim to plot simulations of it. That would be very convenient (for some), if it weren’t a false premise from the outset.

tldr: Don’t be fooled into participating in economies which are already gamed for someone else.

Hmm, recent studies I’ve read about indicated there’s actually more economic mobility in the UK (like most of Europe) than the US, even if it wasn’t as much as in Scandinavian countries.

And in Canada. I wouldn’t live in the USA on a bet.

One of the biggest problems I’ve had in discussing wealth inequality is that people really can’t imagine outrageous sums of wealth. I went to Tulane, which has some VERY wealthy people there. The Bacardi rum heir was in my class, there was a group of folks from Beverly Hills that I hung out with for a time, there was one fraternity that was pretty exclusively made up of scions of the upper class. I also worked at an exclusive yacht club on a private island where wealthy Southerners summered. Senator Edwards was one of their members, so was John Travolta for a while.

Most people just are not exposed to the very wealthy, or to the ways that they cheat the system to keep that wealth. People may know someone who owns a large company that they look up to and admire. To them, that is a 1 percenter. They cannot wrap their minds around someone who owns helicopters and yachts, a person who owns a summer home so luxurious that it looks like a hotel - and they never even bother to visit it (but have a staff of maids and landscapers that maintain the empty home, and a staffer who will come and stock it with food and open it up when they do bother to visit).

Do you have a citation for that?
I don’t doubt you, I want to look into it a bit more.

Why would you think that? We’ve almost gone fascist more than once before.

Hmm, recent studies I’ve read about indicated there’s actually more economic mobility in the UK (like most of Europe) than the US, even if it wasn’t as much as in Scandinavian countries.

I doubt that. It has visibly lessened in my lifetime.
My own family is economically upwardly mobile, a process that started before WW2 when my father entered one of the new grammar schools, starting a process that resulted in his grandchildren becoming upper middle class professionals. Nowadays the chance of a child of the skilled working classes getting into an equivalent school is much lower due to the strong relationship between house prices and State school performance. One of my kids lives within metres of where my father grew up; excellent local schools add up to half a million pounds to the price of a house in their catchment area.

I know the UK is pretty bad in this regard at this point - but that doesn’t mean the US can’t be worse. The same kind of dynamics you discuss tend to be true in the US as well. The US has also had unaffordable higher education for longer and the value of that education isn’t what it once was, either.

I wouldn’t live in the USA on a bet.

There are so many categories where the US is at the bottom among industrialized nations.

We’ve almost gone fascist more than once before.

Foolishly I thought that Nazi Germany and fascist Italy would have provided cautionary tales, but that requires a populace that’s more educated and less authoritarian than the one we have, apparently.

There’s a direct link to the article (pdf) here: http://wid.world/document/f-alvaredo-l-chancel-t-piketty-e-saez-g-zucman-global-inequality-dynamics-new-findings-wid-world-2017/

It’s been class warfare for years but if you complain they just say it’s you warring it with the rich.

the half of the US population with an IQ under 115

The IQ scale is normalised so that 100 is the median; that is, half the population has an IQ below 100.

Do you have a citation for that?
I don’t doubt you, I want to look into it a bit more.

The working class were the only section of the economy that voted majority Dem. And voters concerned with economics went majority D.

Trump’s victory wasn’t based in economics. It was based in bigotry. 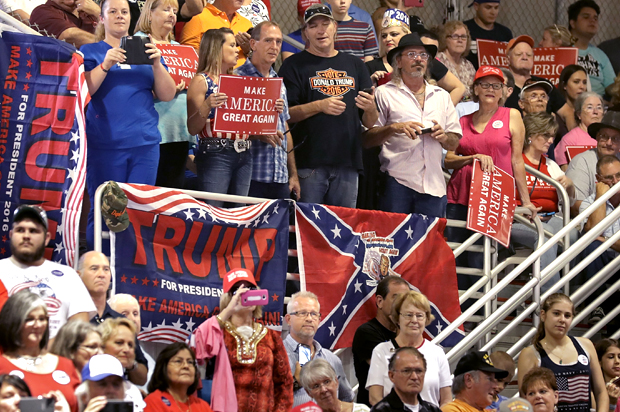 It was the racism, stupid: White working-class "economic anxiety" is a zombie...

Donald Trump was supported by white voters across demographic groups. Can we stop coddling them? 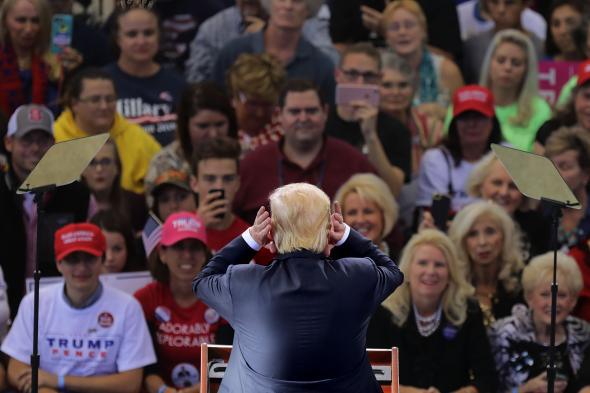 There’s No Such Thing as a Good Trump Voter