POC: why aren't you feeling the Bern?

That fucking rocks. Now, the campaign needs her to do an ad with Cornel West, addressing POC.

[quote=“SamSam, post:19, topic:69128”]
How well did all the many, many grassroots organizations do in helping Obama pass a progressive agenda in his first six years in office, through a block-everything congress?
[/quote]That’s not how it works and you aren’t informed on Bernie Sanders in this regard. You have to have actual grassroots cooperation for progressive agendas to happen via the executive branch. After Obama was elected, he callously threw many of the grassroots organizations under the bus and went about appeasing corporatists (for the most part) instead of supporting and working with his base.

Bernie Sanders has criticized Obama for this repeatedly. The plan with Sanders and our grassroots organizations are a symbiotic approach. We’ve discussed these plans repeatedly. 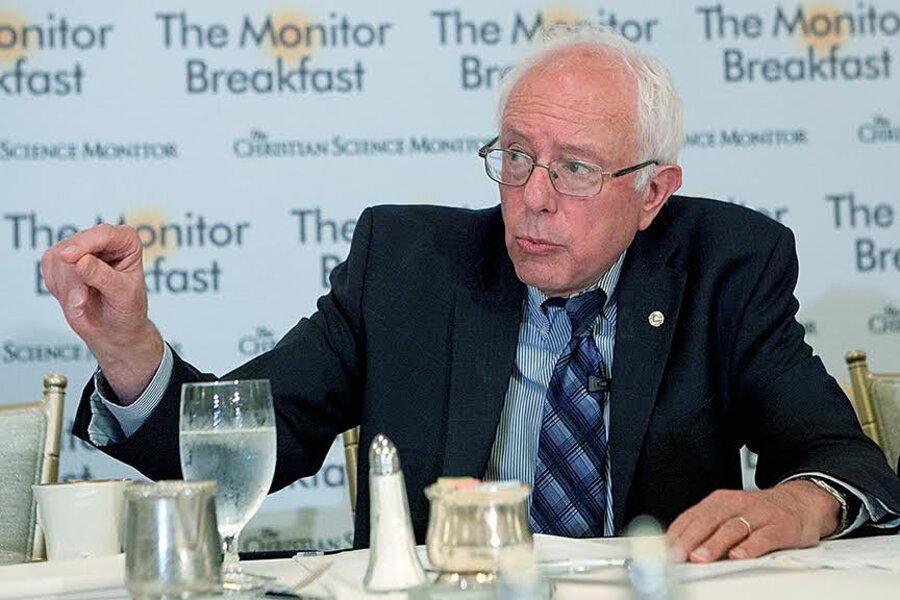 Breakfast with Bernie Sanders: I will not make Obama's biggest mistake

Bernie Sanders promised, if elected, to stand up for the working class, and keep a 'mobilized, activist, grass-roots movement' working with him. 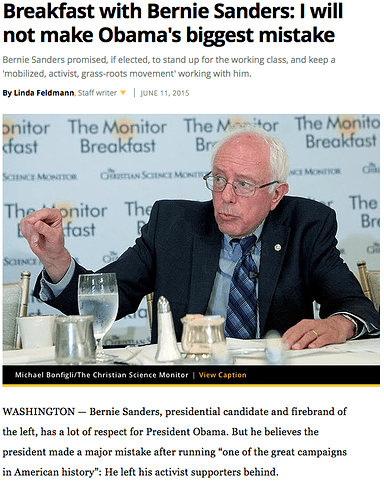 [quote=“SamSam, post:19, topic:69128”]
As much as it sucks, I honestly think you have a chance of getting anything done in Washington by being a political creature.
[/quote]No, the only way anything progressive is going to get done is via grassroots movements that act before, during and especially after the general election. That was Obama’s greatest failure. He failed to utilize the same grassroots efforts that got him elected in the first place.

Bernie Sanders will not repeat that mistake.

“Biggest political mistake that [Obama] made is after his brilliant campaign in 2008, he basically said to the millions of people who supported him, ‘Thanks for getting me elected, I will take it from here.’

I will not make that mistake.” – Bernie Sanders

Our large, powerful grassroots movements across this nation will tirelessly work to unseat obstructionist Republicans and bluedog, establishment Democrats that stand in the way of progressive agendas. We’re coming for these assholes. Gerrymandering and other scummy tactics only go so far against a vastly more engaged, mobilized voter base that’s only getting stronger each and every day.

POC that feel the Bern. This was from last night.

Vastly more than the corporate media will show or tell you.

This topic was automatically closed after 464 days. New replies are no longer allowed.