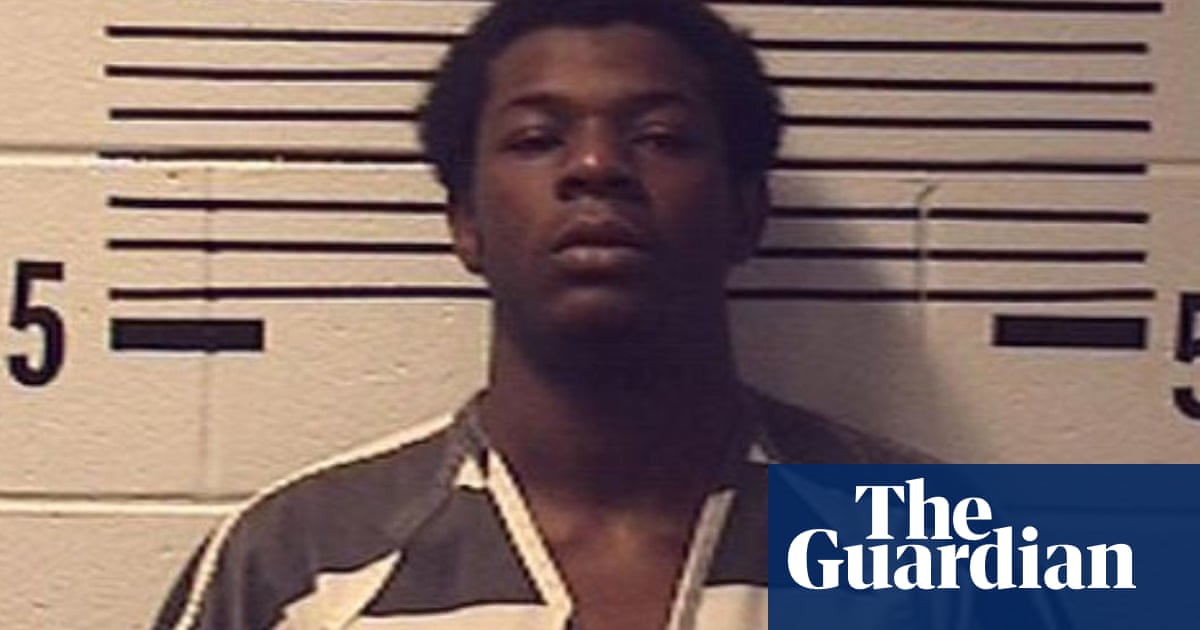 Alabama police shot a teen dead, but his friend got 30 years for the murder

No one disputes that police shot and killed A’Donte Washington in 2015, but Lakeith Smith, now 18, was sentenced under the state’s accomplice law

I wanted to lay this one squarely on the shoulders of the prosecutor (and Deliverance banjoist) CJ Robinson, but it turns out his halfwit boss, District Attorney Randall Houston, has been giving him special indoctrination to believe that prosecutors work for the police instead of for the people. The reason this moron Houston has the job is because the population of Bumblefuck, Alabama keep voting him into office. (And if you read this last article I linked to and wonder what they mean by the last sentence, you’ve got me.)

So he was convicted of accessory to a murder that according to the prosecutor didn’t happen?

Every time I think there’s no way our farce of a judicial system can surprise me, prosecutors and police find some new way to make a mockery of justice.

Five people broke into two homes in Millbrook on Feb. 23, 2015. Smith was part of that group. Millbrook police officers responded to a call of a burglary in progress. One of the co-defendants began shooting at an officer as he entered the home. Testimony brought out that several of the co-defendants fired at the officer. The suspects left the home and ran into the backyard, still firing at the officer.

A’Donte Washington, 16, also of Montgomery, ran out of the backyard through a gate in the privacy fence. Police officer body camera footage played in court during Smith’s trial showed he was armed with a 38 cal. revolver. Washington ran toward another officer, pointing the gun at the officer, the footage shows. The officer fired his sidearm four times, striking and killing Washington.

Accepting that as the facts, the only question would be charging Lakeith Smith as an adult, and the severity of the sentence.

police shoot and kill not only with impunity … but now with some greater, more evil power of not only denying guilt but of placing the blame for police actions on the defendant.

habeas corpus just became a threat rather than a protection.

When is the last time an officer was charged for not stopping his partner, when they earn a conviction? If the charge is based in conspiracy, ‘conspiracy to get your friend killed by a police officers’ isn’t first degree murder.

But he, he was guilty of something, and brown, so why temper “Justice”?

Smith was charged under Alabama’s accomplice law, which holds co-defendants can be guilty of murder if a death occurs when they are committing a crime, even if the accomplice is not the person who directly caused the death.

This interpretation and subseqent charge, and PRECEDENT, makes anyone who is with someone the police murder, maybe on the hook for that death. It moves accountability for the police one step further away, at best.

It sets the stage to turn the real killers that inspire the BLM movement into heroic officers who will receive awards and raises for putting AWAY “murderers” - whose crime was being there with someone who the police kill - in this specific case - a dumb unarmed kid caught in performance of a property crime.

A’Donte Washington, 16, also of Montgomery, ran out of the backyard through a gate in the privacy fence. Police officer body camera footage played in court during Smith’s trial showed he was armed with a 38 cal. revolver. Washington ran toward another officer, pointing the gun at the officer, the footage shows. The officer fired his sidearm four times, striking and killing Washington.

If the kid had been unarmed, even after shots had been fired, I’d be all for charging the police officer with murder, a sentence add-on for breach of responsibility, but that doesn’t seem to be the case here. (My cynical side marvels that the bodycams were working this time.) I weep at 16-years-olds with guns.

Accomplice law has been around for a while, so I doubt this will set any legal precedents. (Attitude precedents, perhaps.) The basic idea is sound: A bank robbery unarmed getaway driver can’t walk if the gang kills a teller. Applying it so that the death of a gang member by any means, even a traffic accident, counts as a killing by the gang has also been around for a while, but it makes my head hurt.

As I said, charging him as an adult, and the sentence harshness are the areas that need looking at. Of course are always the larger issues.

tl;dr: I don’t think the kind of police who would murder a BLM member would need this as an excuse.

As I said, charging him as an adult, and the sentence harshness are the areas that need looking at.

Nope. While those are indeed issues, they are issues of piling on. Charged with a bullshit crime as a juvenile or an adult is quite secondary.

If the armed robber had done the killing, then yes, that’s what the law is for. This guy committed a property crime with someone who chose to shoot at the police. Charge him as an accessory to that assault, yes. But for the death of his co-conspirator, as felony murder? That’s madness.

If you can’t see that, I’d wonder why it’s in your interest to not.

While this case is a bit unique, I think the felony murder rule is like the death penalty- it sounds like it makes sense but simply doesn’t work as a deterrent on a practical level, so it just ends up being something else for prosecutors to abuse

While this case is a bit unique, I think the felony murder rule is like the death penalty- […]

A charge is not a sanction. I don’t see that taking the moment to consider the origins of that there orange is going to help anyone not eat this rotten apple.

But uniquely, yes, this prosecutor charged and that judge took it and convicted. It’s either precedent or it’s overturned. It’s part a process, not a singular moment in time with no bearing to our future.

My husband was a juror on a case in SoCal in which four suspects tried to rob a jewelry store with hammers (to break the glass). Owner had an illegal clip (14 bullets) and he hit two of the robbers, killing one. According to the video, the owner narrowly missed his employee and emptied his clip after the robbers spotted his gun and began to run out of the store. One of the bullets from the illegal clip was found lodged in a car across the street.

The D.A. charged them with murder because their buddy died during the commission of “armed” robbery (hammers). The jury felt otherwise, and they only convicted the suspects of attempted robbery with a gang enhancement.

When was the last time you saw a regular TV series about a defense attorney who wasn’t a scumbag or cheater? Actual criminal defense, not a white collar firm.

It’s relevant because juries are people, and stories don’t just reflect a culture, they shape it. We’ve continually increased the propaganda that justice is a competition and that police and prosecutors are the protagonists. People like to identify with protagonists and see, and even aid, a win. In our stories, all cases are investigated or it’s obvious who the guilty party is. So when we get on the jury, we* assume there must be sincerity on the part of the prosecution.

We need to break out of that way of thinking. We need to get remember the aphorism that it is better that a hundred guilty men go free than one innocent go to jail. We need to be reminded that law (and most certainly not order) is not only synonymous with justice. We need representation among the heroes in our stories. We need to tell ourselves better stories. We need to remind ourselves that we can override TPTB… that is the whole reason behind juries in the first place. And we need to combat things like this.

*We, being society as a average, not fine grained to the individual level.

The idea is that if someone dies during the commission of a crime, then the gang members are responsible, even if they didn’t do it, and even if it was one of the gang members who died. They created the circumstances and have the responsibility for the outcome.

That sounds fine in principle, but it rapidly goes through the looking glass where it gets very weird, and makes my head hurt.

Suppose that they escaped in a car, but slammed into a tree and one of them died. Same problem.

During a bank robbery, a customer has a stress-induced heart attack and dies. Same again. (That may vary by jurisdiction.)

To me, it sounds like something that needs to be applied carefully according to situation, with care by the judge and jury. And that leaves the door open for racism. Given that they prosecuted him as an adult and then smashed him with the death add-on, that’s pretty hard-ass. Are they just as hard-ass to white 16-year-olds committing armed robbery, or is that “an unfortunate situation requiring tempered justice”? The story doesn’t even mention if he had a prior record.

Suppose that they escaped in a car, but slammed into a tree and one of them died. Same problem.

yeah, the tree hasn’t recieved any training in how to stop cars without killing anyone, and ideally the police have.

Have any analogies where you compare the live police officers to other people in other situations and not to inanimate objects incapable of responsibility? I’m having a hard time with the equivalence.