They only want to make sure that Trump doesn’t launch nukes by mistake. "99 Luftballons" (German: Neunundneunzig Luftballons, "99 balloons") is an anti-war protest song by the German band Nena from their 1983 self-titled album. An English-language version titled "99 Red Balloons", with lyrics by Kevin McAlea, was also released on the album 99 Luftballons in 1984 after widespread success of the original in Europe and Japan. The English version is not a direct translation of the German original and contains somewhat different lyrics. While at a June 1982 concert by t...

Seems like they’re willing to play along up until a point. At least they haven’t shot any of them.

Those lines become even more ominous in the context of a president whose only leadership experience is playing one on TV.

If party decorations frighten cops then maybe they shouldn’t have guns.

I bet they would just shoot black balloons.

I assume the cops were just being silly or sarcastic here, and they’re not literally terrified by the balloons.

Of course, I haven’t seen the movie so what do I know.

No no…they should be terrified. Just in case somehow, Pennywise is real…yeah, terror is the right emotional response.

To me this video always looked like they shot it in sequence in a single day. It goes from early morning overcast at the beginning to night by the end.

They only want to make sure that Trump doesn’t launch nukes by mistake.

Yeah, read the book sometime. It’s terrifying. My fear of clowns is directly traceable to that book.

And for good measure:

Pennywise is real…yeah, terror is the right emotional response.

C’mon, any place named Lititz has got to be pretty nice. That’s french, isn’t it?

Aren’t they trembling with an-ti-c-pation? Those cops should give themselves over to absolute pleasure, and swim the warm waters of sins of flesh. 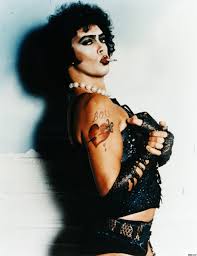 Red balloons are meant to be followed.

Is the police comment a joke by them? If they were truly afraid, that would be pathetic.

Yeah, it sure would be a shame if a cop shot an innocent balloon. Better stick to people, just to be safe.

Also, Rolex has its US watchmaking school there: https://en.wikipedia.org/wiki/Lititz_Watch_Technicum

Deep in the heart of Pennsylvania Dutch country.