This was an alternate headline, so I appended it to the post.

Thank you for the use of “beclown”, my 2022 word of the year after seeing it used in a Jezebel headline

How are they gonna square this with abjectly fawning before their Tesla/Twitter messiah?

Someone might want to tip Wyoming off that even though it’s called an oil “field”, it doesn’t regrow a new harvest every season, in spite of some kook theories.

The abiogenic petroleum origin is a fringe science which proposes that most of earth's petroleum and natural gas deposits were formed inorganically. Mainstream theories about the formation of hydrocarbons on earth point to an origin from the decomposition of long-dead organisms, though the existence of hydrocarbons on extraterrestrial bodies like Saturn's moon Titan indicates that hydrocarbons are sometimes naturally produced by inorganic means. Theories explaining the origin of petroleum as abio...

talk about being on the wrong side of history…
what gets me is the head in the sand, shortsightedness of this. 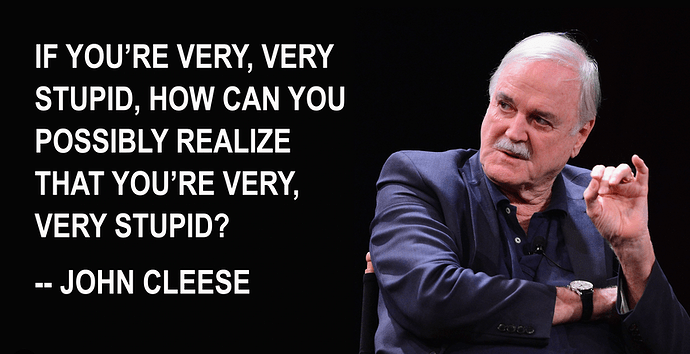 Wyoming Population 2023
580,817 far fewer people than San Francisco, yet they get 2 Senators. In about 20 years, half the population will live in eight states.https://www.washingtonpost.com/news/politics/wp/2018/07/12/in-about-20-years-half-the-population-will-live-in-eight-states/

They add that a lack of charging infrastructure within Wyoming would make the widespread use of EVs “impracticable” and that the state would need to build “massive amounts of new power generation” to “sustain the misadventure of electric vehicles.”

Tesla has a few facilities in the Cowboy State. The gray symbols are non-Tesla places (usually hotels) where you can charge your Tesla; the red ones are Tesla’s own superchargers. 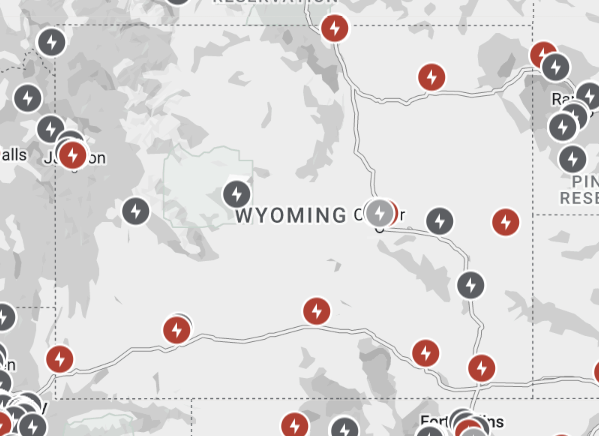 The thing that gets me about performative nonsense like this is that if 99.5% of the country is using EVs, what car manufacturer do they think is going to continue to make a full line of gasoline/diesel-guzzlers just for 500K people?

They’ll have to keep repairing older vehicles and keep them as long as possible, and hoard bits & pieces when they find them as potential repair parts.

And for the record, I assume it would be less than 500K, because there’s got to be some purple in that state, and/or anyone who wouldn’t agree with this state of affairs would do their best to move elsewhere.

“These ‘gas stations’ are an unsustainable alternative to stables.”

Spite and a crippling need for attention are two of the cornerstones of Republicanism.

They’ll have to keep repairing older vehicles and keep them as long as possible, and hoard bits & pieces when they find them as potential repair parts.

The gray symbols are non-Tesla places (usually hotels) where you can charge your Tesla; the red ones are Tesla’s own superchargers

So they’re asking hotels to “voluntarily” make it harder for guests to charge their vehicles, thus asking them to scare away business and income.

So they’re asking hotels to “voluntarily” make it harder for guests to charge their vehicles, thus asking them to scare away business and income.

But it’s worth it to own the libs, right?

It will just be like Cuba who had a bunch of import bans - you will see a bunch of old cars patched together to keep running. Or import more used cars. They can go quite awhile before we run out of serviceable used cars

But seriously, there will be a tipping point where EVs are going to be cheaper and more practical. Sure, there will always be people who want something different, just like there are people driving exotic imports, old classics, sorts cars, or some custom job. But the bulk of people are tooling around in sedans and SUVs and they will continue to do that, just in EVs.