Pope to greedheads: better to be an atheist than the kind of Catholic who screws the poor

No thank you. We appreciate the offer, but I think I can safely echo the majority of atheists when I say that we have a sufficiency of hypocrites at this time and possibly more than our fair share of narcissists, and would like to decline.

I don’t think the headline is an accurate representation of even what the article says. It’s the Pope quoting people saying “Oh, if Catholics are like that dick I’d rather be an atheist”

I dunno, I feel like someone’s reading something into this that isn’t there, it might be me

The Pope went on to suggest that he would prefer that these people identify as atheists, rather than Catholics.

The original article doesn’t have the Pope saying anything like that. I think you may be miss interpreting the quote “How many times have we all heard people say ‘if that person is a Catholic, it is better to be an atheist’.”

If this were the 16th century, he would have excommunicated their greedy asses.

[quote]During an “improvised sermon”[/quote]Suddenly it occurs to me that there must be a sizeable number of Catholics who regard this guy as the Donald Trump of popes.

That is an awesome picture of old JC kicking/scourging some moneychanger ass in the original OP. Serious badassery.

I meet a fair number of catholics regularly. Not really.

The last guy a bit maybe (though obviously he was more restrained, academic, austere etc.and not prone to word salad bluster) due to his excessive and draconian conservatism and obvious taint of Nazi association.

Well, y’know, running against the establishment, and letting loose with off-the-cuff remarks that someone else in the organization will try to frantically downplay immediately. 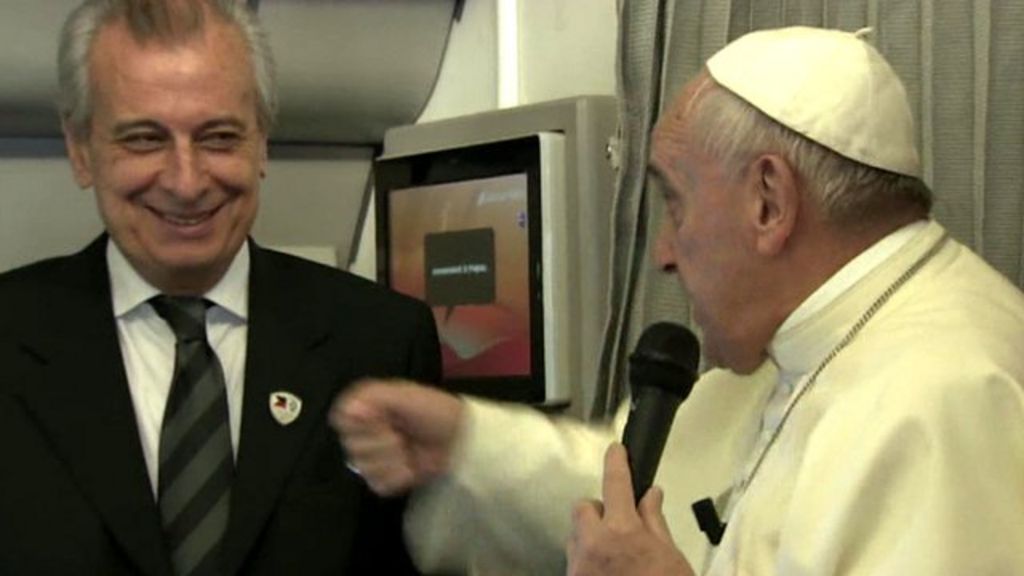 Making a point about freedom of expression, Pope Francis tells journalists on the papal plane that his assistant could expect a punch if he ''cursed his mother''.

Not in the sense of being an appalling human being, etc.

And let’s turn to Bannon for a different point of view: 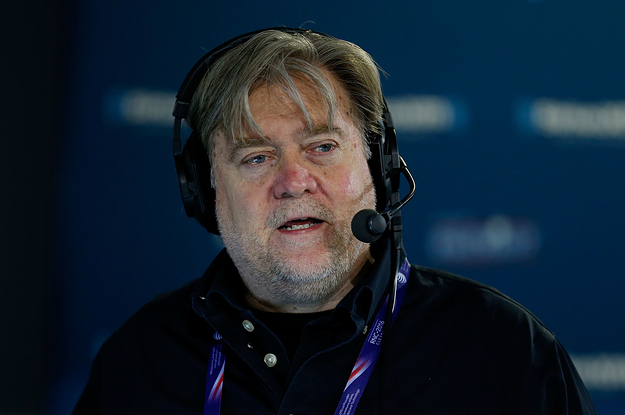 This Is How Steve Bannon Sees The Entire World

The soon-to-be White House chief strategist laid out a global vision in a rare 2014 talk where he said racism in the far right gets “washed out” and called Vladimir Putin a kleptocrat. BuzzFeed News publishes the complete transcript for the first...

Questioner: What do you think is the major threat today, to the Judeo-Christian Civilization? Secularism, or the Muslim world? In my humble opinion, they’re just trying to defend themselves from our cultural invasion. Thank you.
[Question restated by Harnwell]
Bannon: It’s a great question. I certainly think secularism has sapped the strength of the Judeo-Christian West to defend its ideals, right?
If you go back to your home countries and your proponent of the defense of the Judeo-Christian West and its tenets, oftentimes, particularly when you deal with the elites, you’re looked at as someone who is quite odd. So it has kind of sapped the strength.
But I strongly believe that whatever the causes of the current drive to the caliphate was — and we can debate them, and people can try to deconstruct them — we have to face a very unpleasant fact. And that unpleasant fact is that there is a major war brewing, a war that’s already global. It’s going global in scale, and today’s technology, today’s media, today’s access to weapons of mass destruction, it’s going to lead to a global conflict that I believe has to be confronted today. Every day that we refuse to look at this as what it is, and the scale of it, and really the viciousness of it, will be a day where you will rue that we didn’t act [unintelligible].

More and more, I think this is the best pope in my lifetime. Which sadly isn’t saying much.

The roman catholic church is an evil institution that promotes some of the most vile and retrograde ideologies when it comes to sex, women, marriage, and homosexuality. That’s the baseline, sadly, and seeing as it’s owned and operated by men who have taken a vow to never get married or have sex, that’s probably not going to change any time soon.

For a very long while, we have had Anti-communist Cold War popes who seemed to regard all the culture war and sex war stuff in the church’s mission statement as being of primary importance. And who did their damndest to stamp out attempts by more justice minded catholics to foreground the economic equality and socialist messages propounded by the original founders of the church.

Now we finally have a post-cold war pope, who seems to regard the sex and reproduction and gender planks of the church’s ideology as, well, boring, and nowhere near as salient as economic justice. It’s a frustratingly tiny and tentative baby step, but at least it’s a step in the correct direction.

I just hope this pope doesn’t end up like Pope John Paul I.

don’t drag atheists into your fairy tale reality. we don’t need anything from the pope, thank you very much. buzz off.

don’t drag atheists into your fairy tale reality. we don’t need anything from the pope, thank you very much. buzz off.

Um, it’s really not about you. It’s about highlighting the hypocrisy of Believers (not just Catholics) who pretend to be religious people but who act unethically at best, reprehensibly at worst. The “God fearing” GOP pricks in power now are no different from the Antebellum Democratic pricks who justified slavery with religious and moral reasons. Someone should dig up some of that reasoning and show how much it resembles today’s.

It’s funny seeing the lengths people go trying to justify acting like greedy shits. Here in Jersey City there hasn’t been a tax re-evaluation in 30 years and the effective tax rate in poorer neighborhoods is 3x that of the wealthiest. Yet people are still trying to say it would be unfair to raise the taxes on the wealthy!! Or they say phase it in slowly, regardless of that delaying the tax cut for the less affluent. They don’t even see that it’s villainy.

To a huge degree, Francis Gets It. He sees a great evil in this world, and he doesn’t see it in sex or atheism, he sees it in economic cruelty and Christian hypocrisy. It’s a change in emphasis, and it’s really welcome.

I think everyone of good conscience can work with him on the idea that there are a lot of Catholics that are hypocritical assholes whose Catholicism doesn’t actually make them any better to their fellow human beings. The Pope’s statement is clearly targeted at those people - that Catholicism that isn’t first and foremost compassionate is empty.