No name yet – I just call him Leo Jr (or screamie).

When I was a child I had three consecutive white rats, all named George. The first was a male and the following two weren’t. I had zero imagination.

Doesn’t surprise me that Leo, Jr. is friendly. Love the orange tabby kitties!

I named everything Captain (after Capt Kangaroo): bird, rabbit, couple of cats

We had went to the local animal shelter last Saturday because the wife saw a female orange tabby that she wanted (it was already gone) - she floves orange kitties. We haven’t had a female cat in the house for ages.

Luncheon of the flying party. 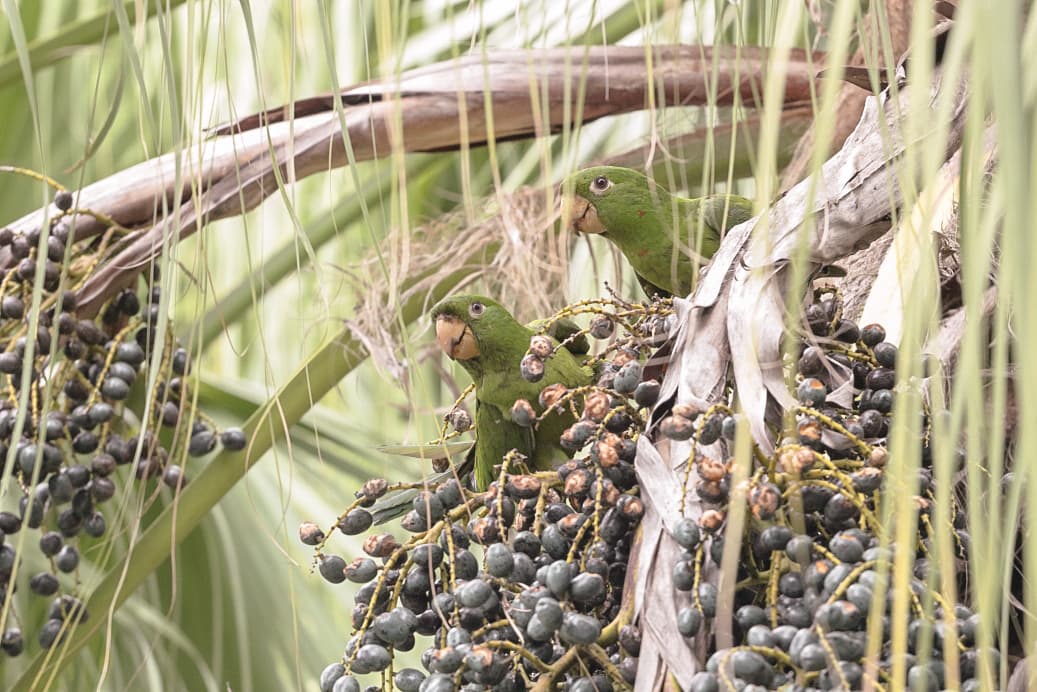 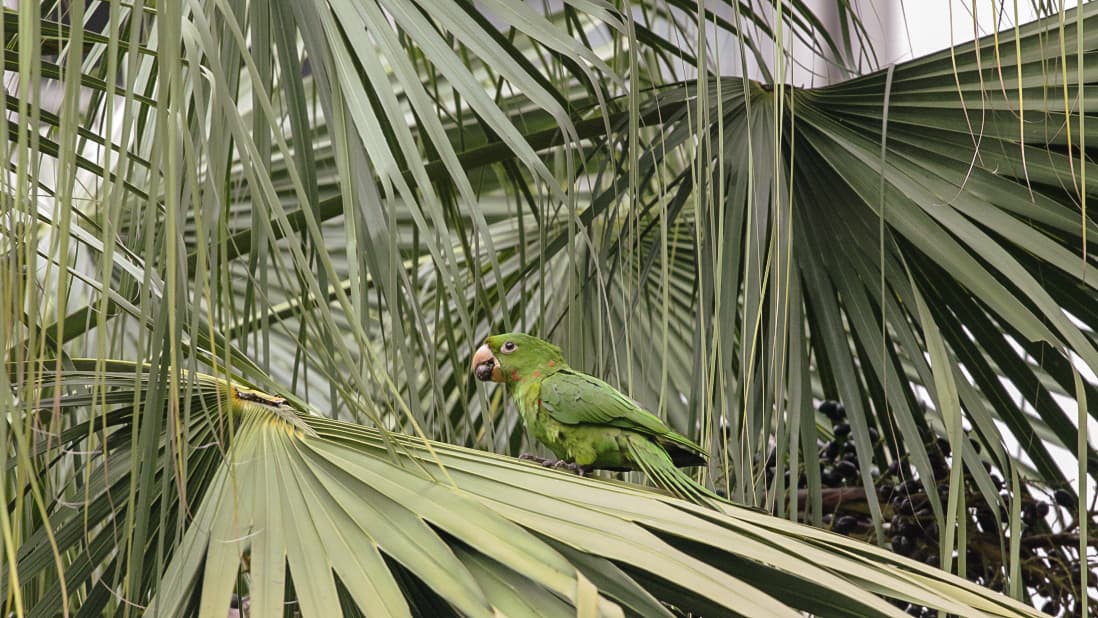 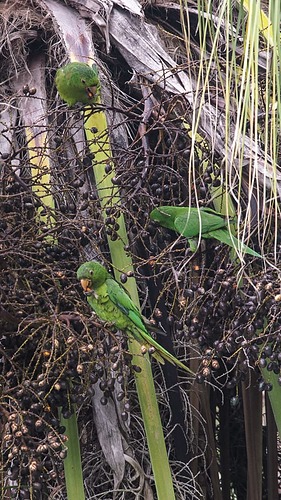 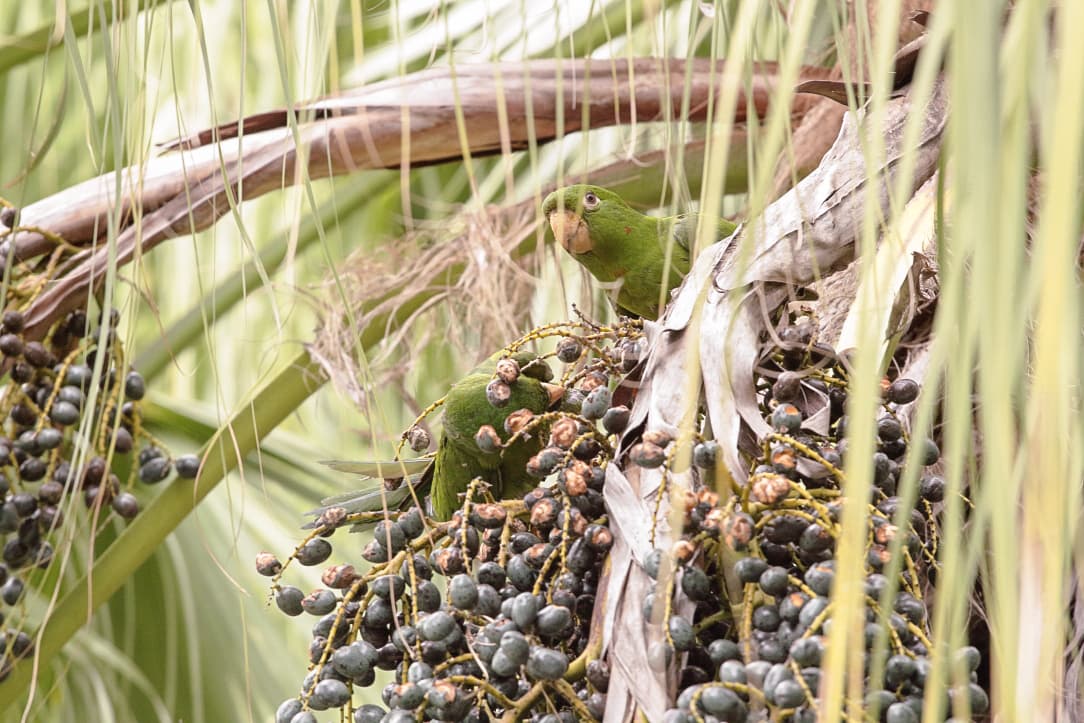 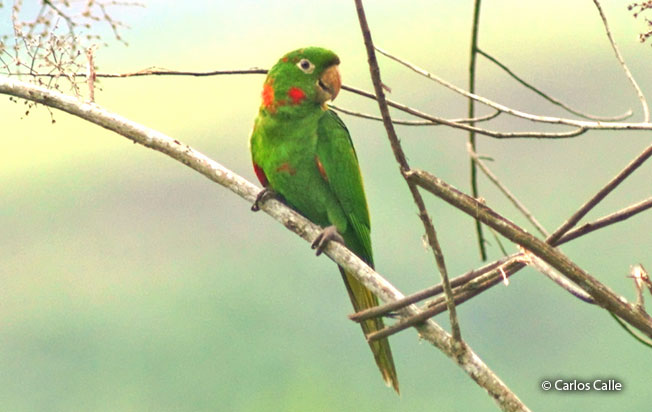 The White-eyed Parakeet is all green with scattered red specks on the cheeks and neck. The bill is pale. It has red on the leading edge of the wings 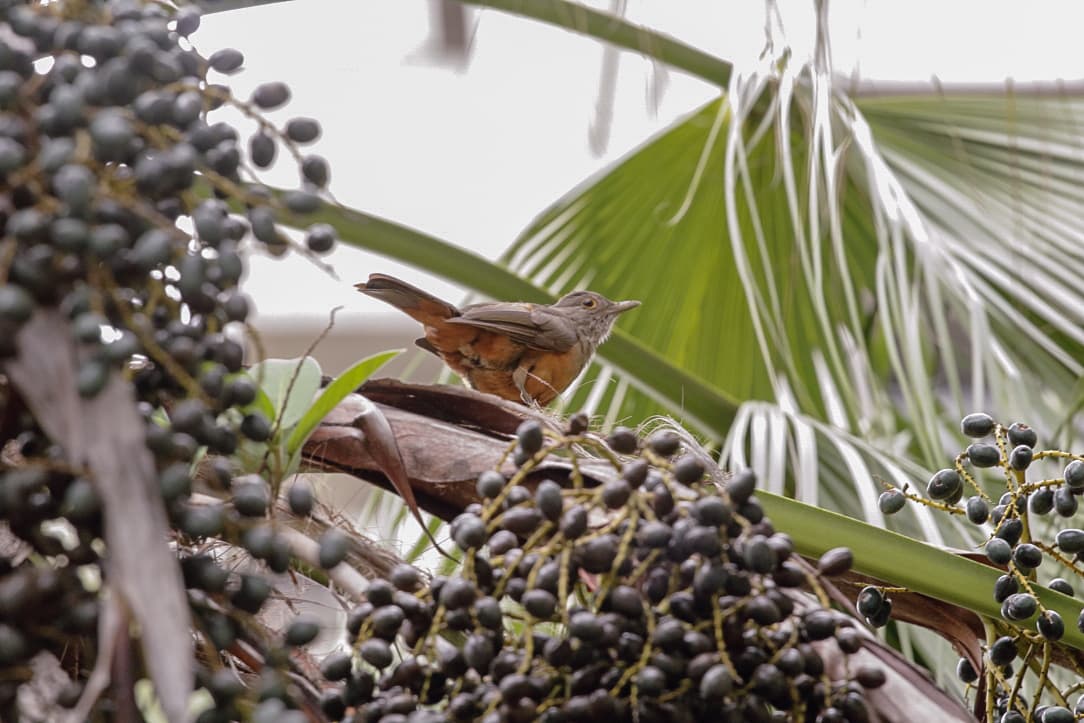 The rufous-bellied thrush (Turdus rufiventris) is a songbird of the thrush family (Turdidae). It occurs in most of east and southeast Brazil from Maranhão south to Rio Grande do Sul states, Bolivia, Paraguay, Uruguay and central regions of Argentina. It is one of the most common birds across much of southeastern Brazil, and is known there under the name sabiá-laranjeira (Portuguese pronunciation: [sabiˈa laɾɐ̃ˈʒejɾɐ]). It was famously referred to in the well-known first strophe of the Brazilia... 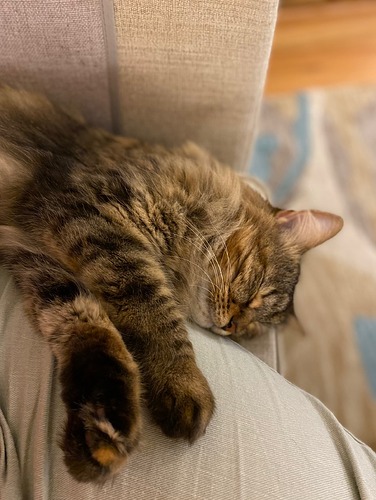 There’s nothing so odd about that: Kemal Ataturk had an entire menagerie, all called Abdul.

Judgemental cat is silently judging you! 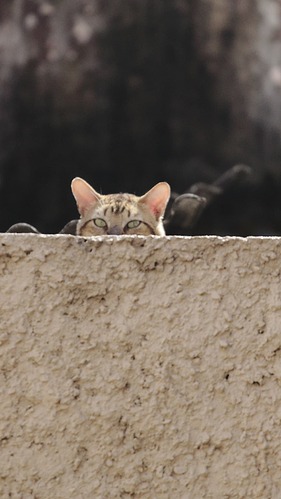 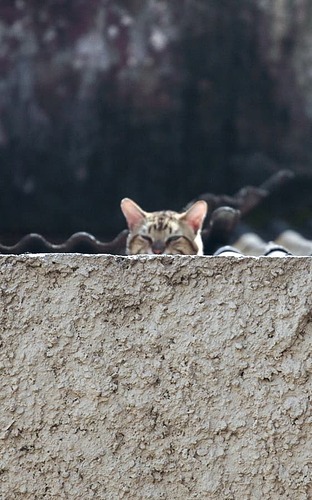 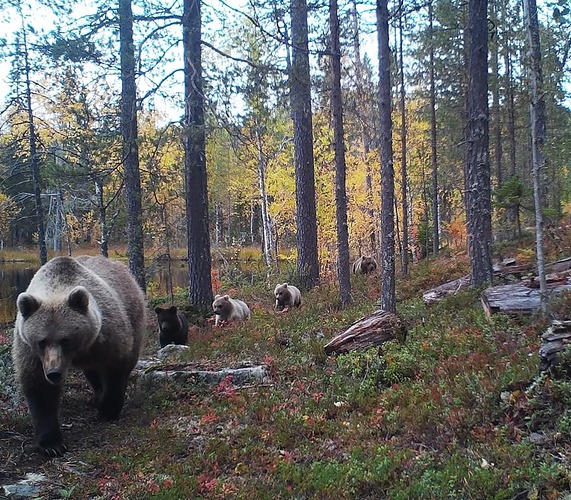 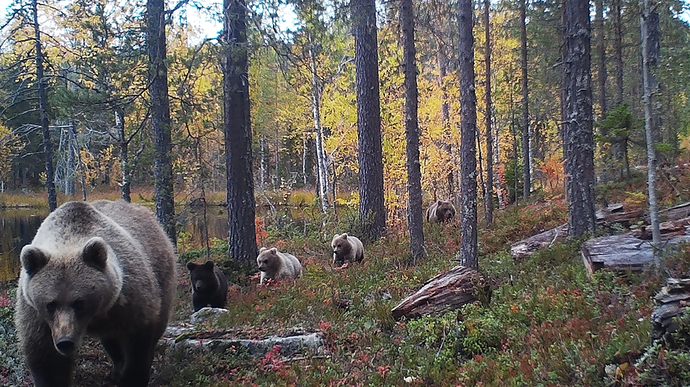 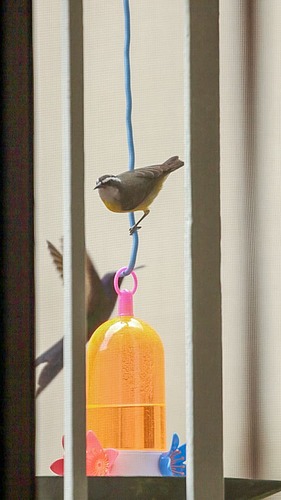 Species accounts for all the birds of the world. 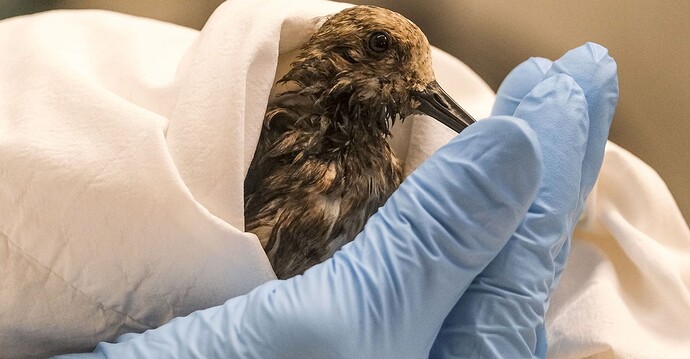 Photos: Animals in the News

It's time once more for a look at the animal kingdom and our interactions with the countless species that share our planet.

If the baby squirrel photos get old just say so. The one with the red circle is baby on a walk about, my wife couldn’t bear to watch, she thought he would fall to his death. That’s about 50 feet off the ground.

The third photo is mom on the board, as I was taking photos of her kid she came over looking for almonds, that board is just a foot or so above my head. She’ll take nuts out of our hand.

We haven’t seen the second baby since yesterday but mom keeps taking nuts and leaves into the house, we’re hoping it’s in there. If it don’t rain tomorrow I have an endoscope I can sneak in there and take a look. 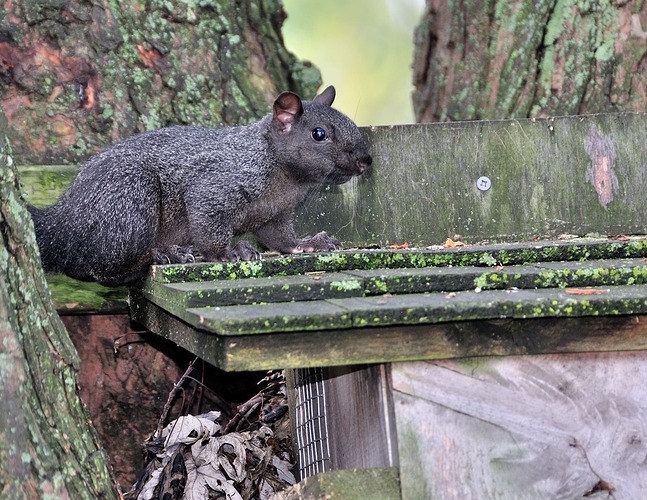 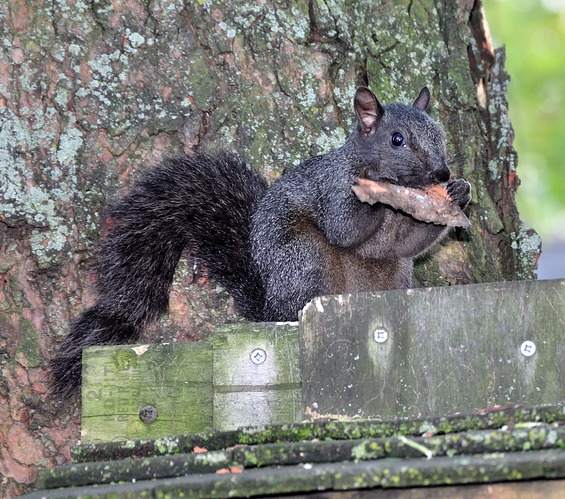 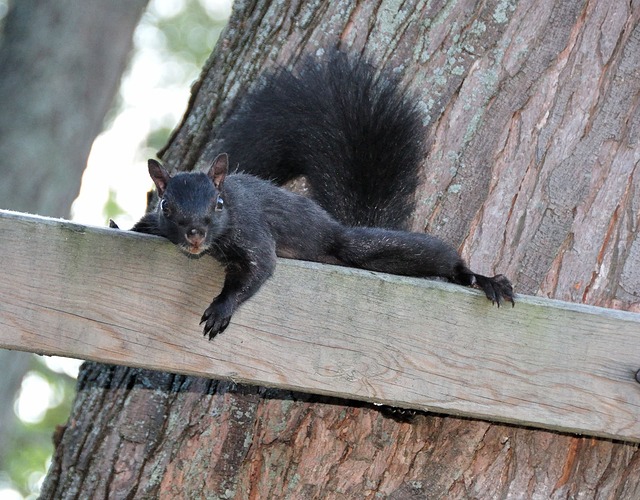 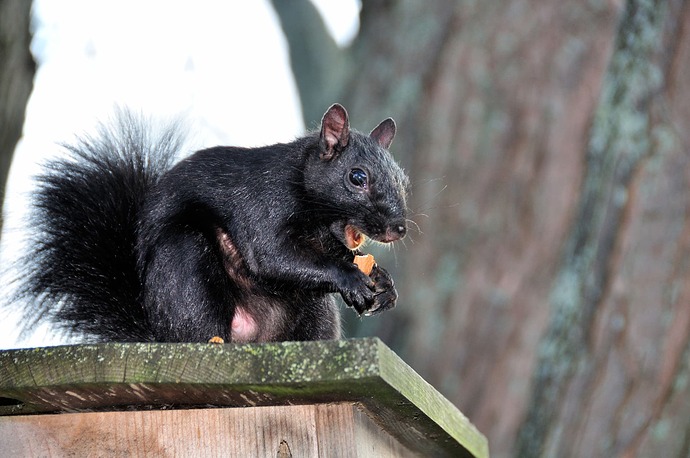 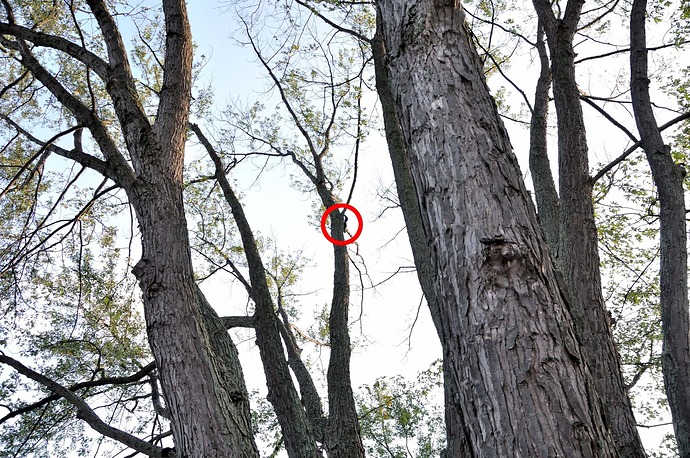 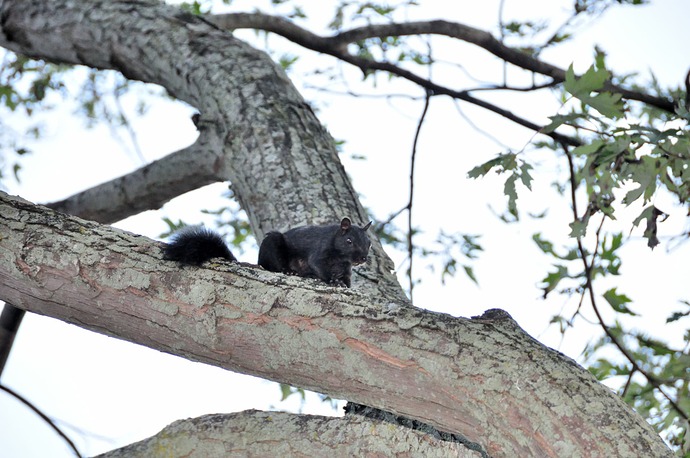 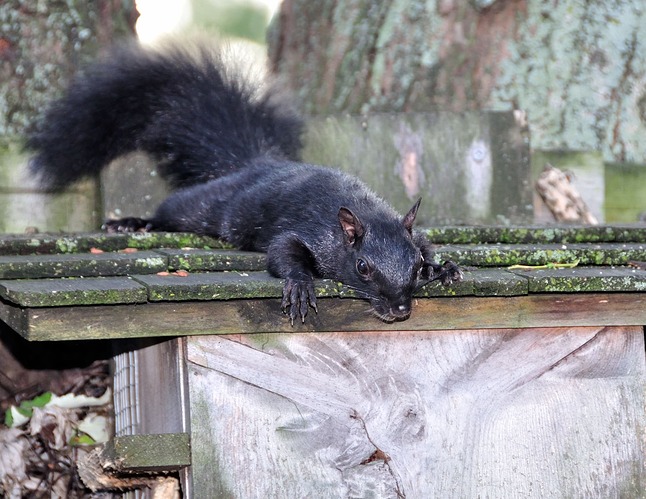 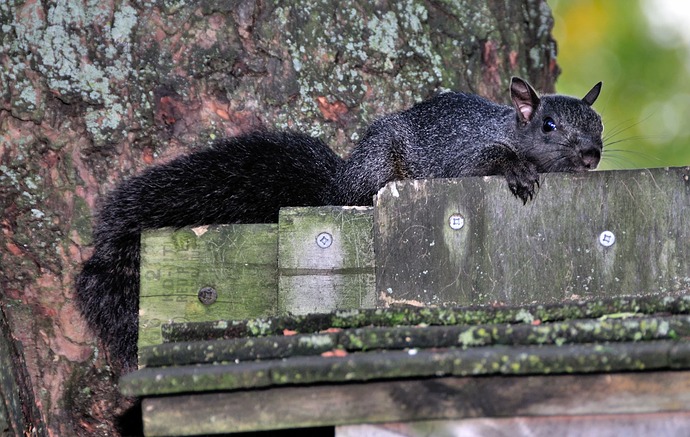 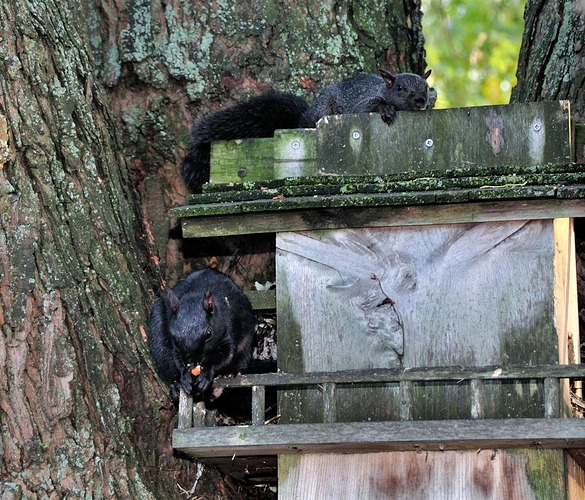 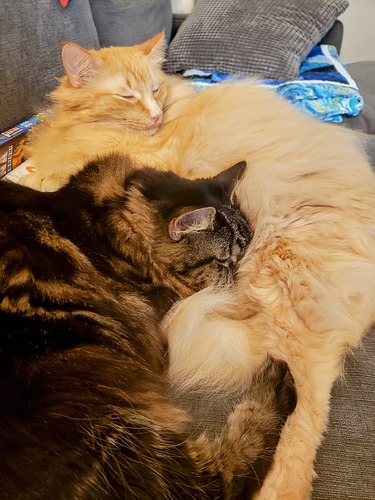 Good grief, can you tell it’s too hot in Michigan right now? The black squirrel has nearly melted!

I know, right? Lots of boats on the water the last few days in between rain. I love Michigan, heat on at night air on during the day.

We always had a lot of those melanistic black squirrels at our place in N. Wi – haven’t seen any since moving away.

When we first got out RV several years ago we took a six week trip down south. One of the parks we wanted to hit was Ochlockonee River State Park in Florida because we had heard that they had a pretty good herd of piebald deer. What an awesome bonus that they are also known for a large population of white squirrels.

The ranger would come around let campers know when the deer wandered into camp. We got really lucky. 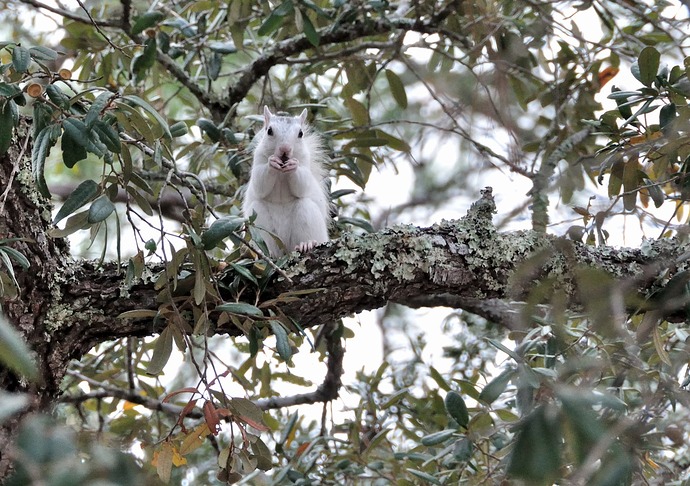 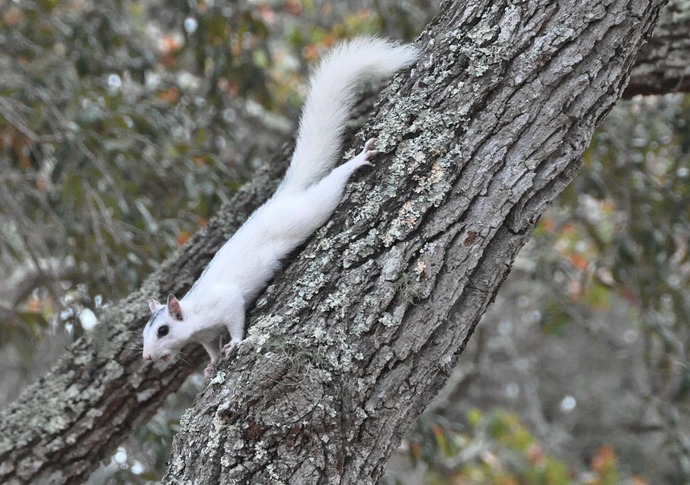 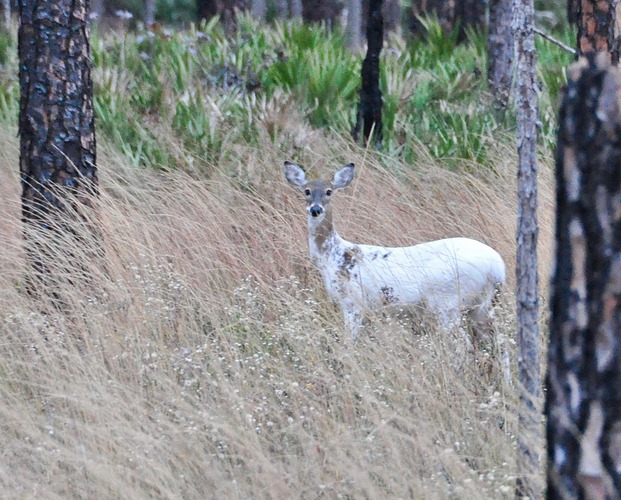 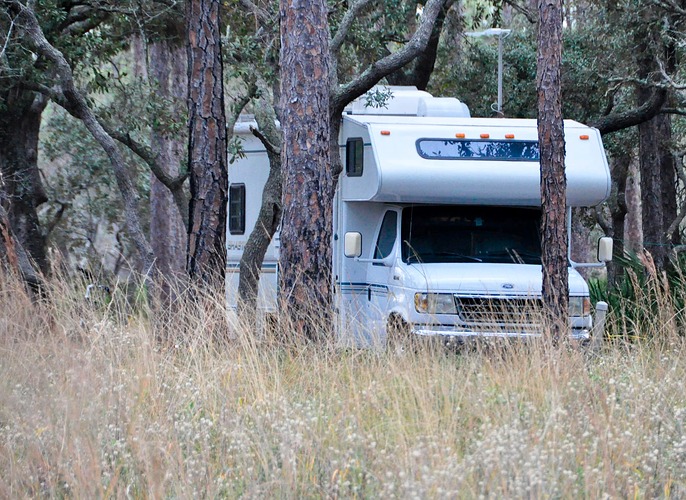 Cool
I’d occasionally see a white squirrel on the back 40, but not often. 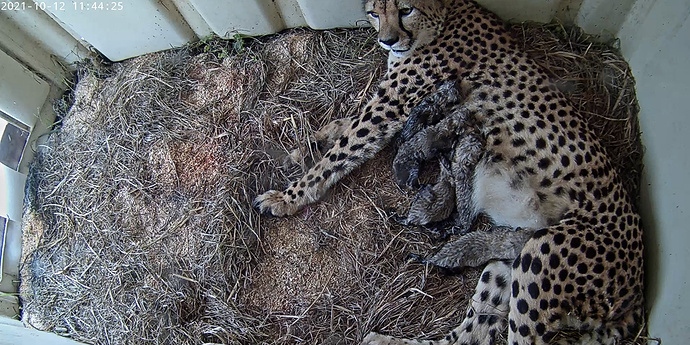 Mister Stinky is getting used to my shit… Instead of hopping away, he just looks at me and goes back to clean-up duty when I talk to him…

We got the kitten a year ago this week, which makes her a teenager in cat years. You can tell from the general messiness and obvious attitude. 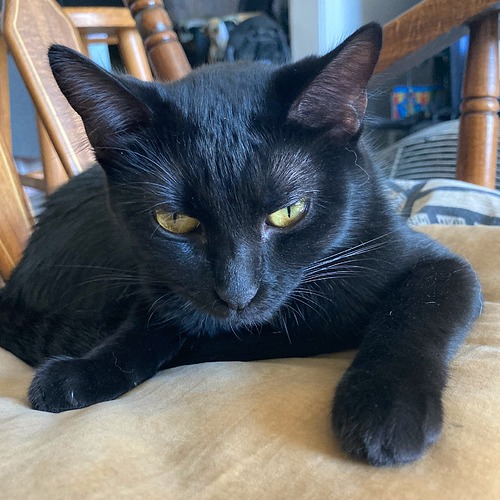