Are his eyes blue? Deafness is fairly common in all-white cats with blue eyes.

Doesn’t really matter in the end. If staring at the cupboard is his jam. let him have it!

Nope, no blue eyes. We learned about that early on.

He gets whatever he wants. Many days when the other cats are sleeping he gets special food or treats but his appetite comes and goes.

He’s a great cat and has always been a little bonkers.

When I said he was bonkers I should have provided evidence. 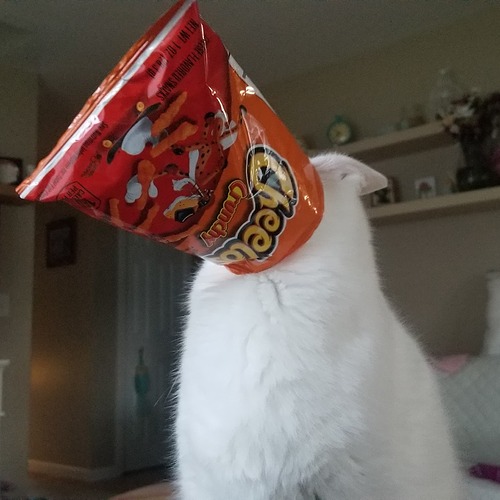 I kept thinking of captions for both:

I was thinking “Wat? Oh, heh!” for the washing machine, but exactly on track with you for the cheetos!

The intensity of their looks!

They love the cheese powder. My wife will hold the Cheeto until they’ve had enough, I will not, but I will make a Cheeto holder.

The other cat passed away two years ago, she was also a rescue, found her and her sister when they were a couple weeks old. Her sister died early on from liver disease but the other one lived for 17 years. Diabetic for the last few years with shots twice a day. 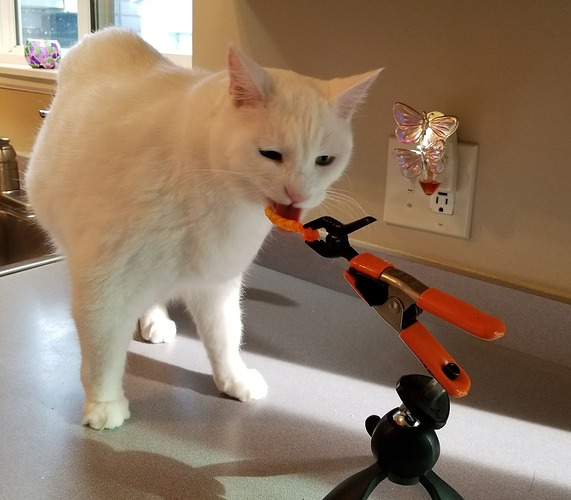 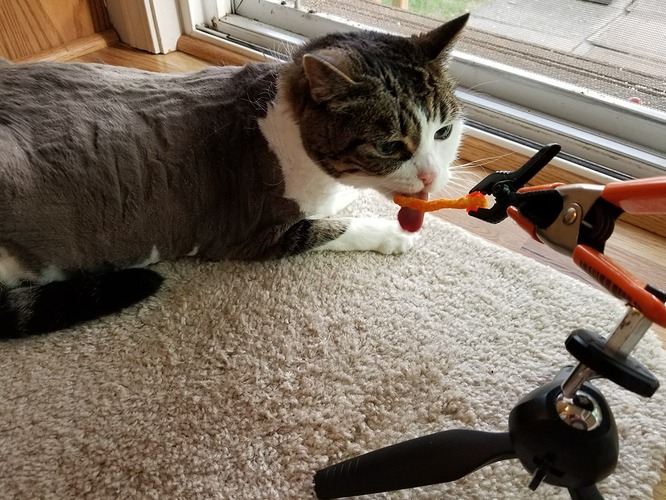 cat walks into a bar, hops on a barstool.
Barkeep: what’ll ya have?
Cat: hair o’ the dog… 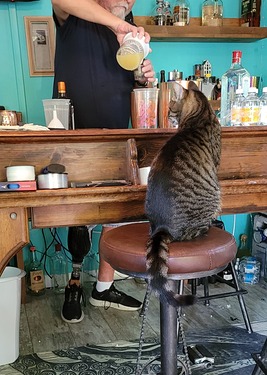 thanks! it’s an old craps table from a long-gone Ft. Lauderdale casino fitted with a custom glass top. Chili used to climb under the glass through the opening on the croupier side, but now she is a bit larger in the middle and cannot fit!

but now she is a bit larger in the middle and cannot fit!

Aw… she’s still beautiful, just the way she is! 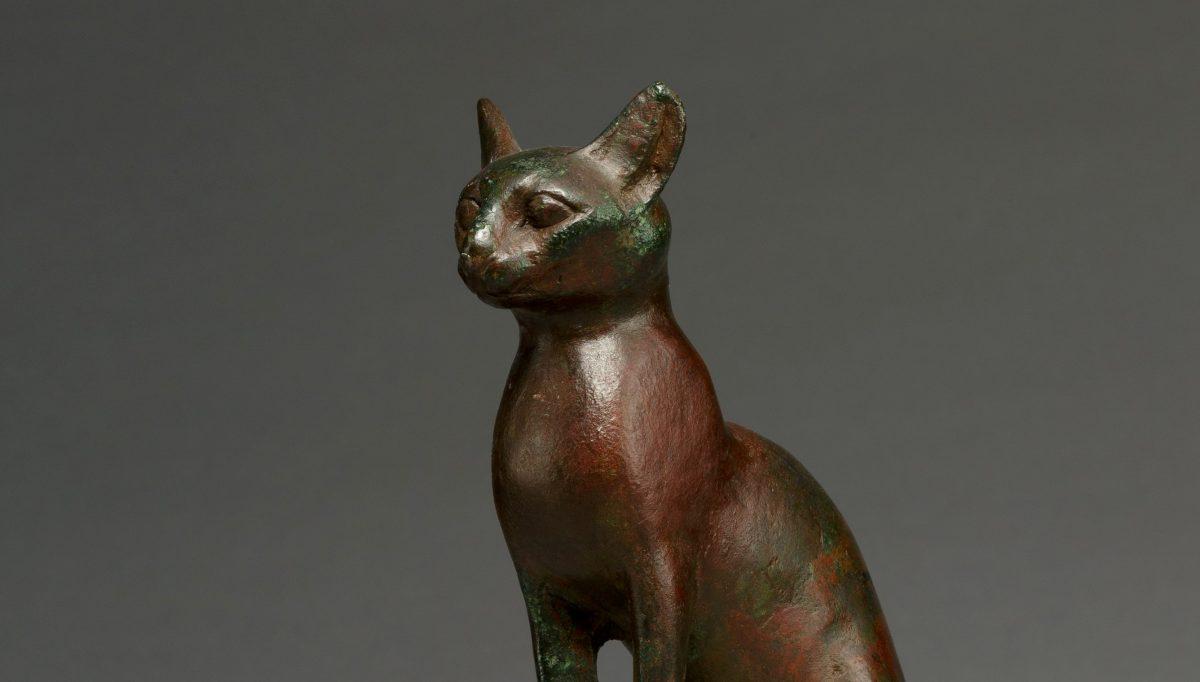 Cats In Ancient Egypt Didn't Look The Way You Think

The popular perception of ancient Egyptian cats has been driven by which monuments happen to survive to present day, but an examination of additional data reveals a striped surprise.

Orb weaver spiders are cool. This one in my front yard kept shaking her web when I would get close to try to take a picture. (Blurred for no spider surprise) 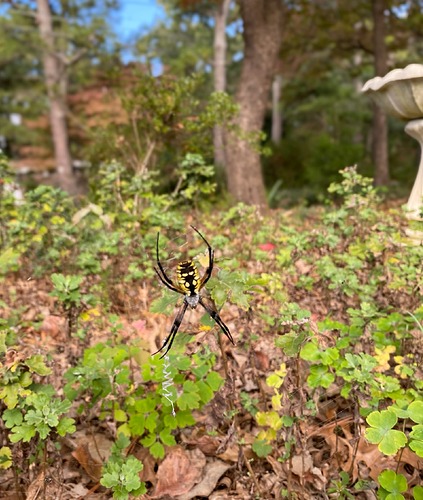 We had one hanging on our back doors (glass doors onto our deck)… She was there for like a week or so, but is now gone.

“It was like the turkeys mounted a counterattack. As if they were actually organized”

this little guy was sunning in the street in front of the post box. didn’t even move when I approached. let me snap a few pix. very small, less than a meter nose to tip of the tail. they are really chill lizards and get much bigger. 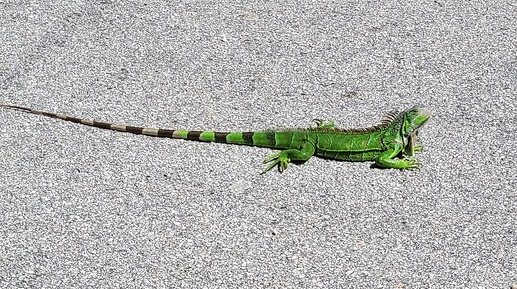 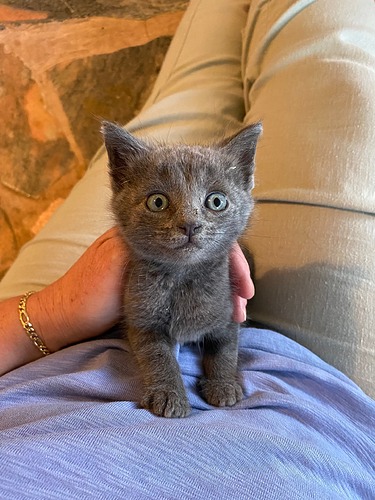 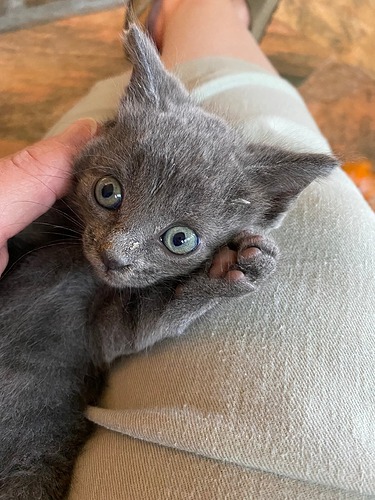 Other Cat did NOT approve. I snapped the photo mid-hiss, before she retreated in a huff. 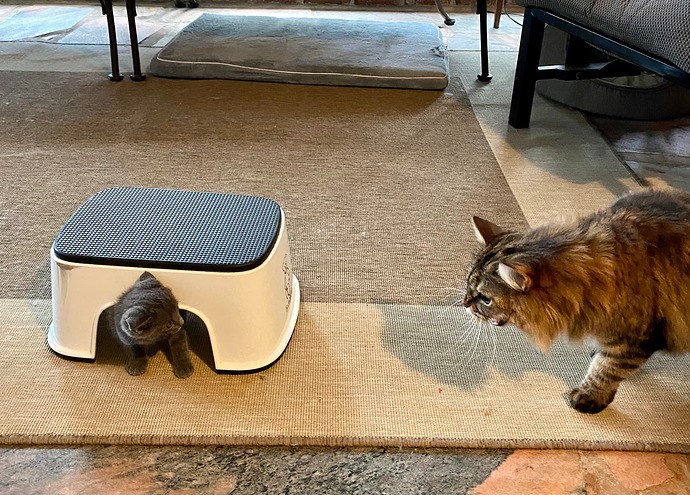 There is a 7 year age difference between them. They’re unrelated.

The older tabby adored tuxedo since she was a tiny kitten. Now she’s bigger than him