“On the internet this train went viral because a photographer called it the ‘Orient Express’, but it’s not. It was only used for national transport.”

Make sure to fight your way through the raiders, all the way to the back. There’s a Grognak the Barbarian comic in a locked safe in the caboose. #Fallout4Life

It takes decades of neglect to get that perfect patina.

Not the Orient Express, it’s a Belgian train. Full details from @seat61 here: 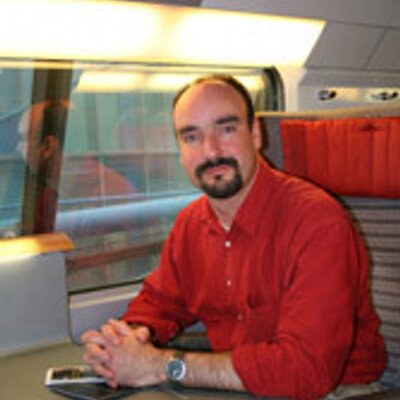 The Man in Seat 61 (seatsixtyone)

DEBUNKED - nothing to do with Orient Express! But here's real story of what this train is... kanyiko.deviantart.com/art/Schaarbeek… twitter.com/DailyMirror/st…
5 Likes
Tor_Lillqvist August 20, 2016, 6:27am #6

It’s sad how the term “Orient Express” has taken such almost mythical proportions, when in fact, at least after WW2, the train called Orient Express was in no way different stock-wise, or “luxuriousness”-wise, etc, from dozens of other international trains with names in Europe the itinerary of which included one or several nights.

Also note that in the Orient Express at least in post-WW2 times, like in other similar trains, the train composition was not fixed for all of the journey. There was no “the” train. At various stages cars were attached and detached. In September 1984 the Orient Express had: 1) day cars Paris-Wien and Paris-Budapest, 2) sleeping cars and couchettes Paris-Salzburg, 3) day cars Stuttgart-Budapest, 4) day cars Paris-Bucuresti, 5) day cars Wien-Bucuresti, 6) day cars, sleepers and couchettes Budapest-Bucuresti. And vice versa, obviously. Plus different restaurant cars on the Austrian, Hungarian and Romanian sections. And, on some days of the week sleeping cars that indeed went the whole way Paris-Bucuresti. And different locomotives in each country, of course. This from my September 1984 Thomas Cook Continental Timetable.

(If you want to show off knowledge of actually luxurious European trains in recent history, at least talk about the 1st-class-only Trans-Europ-Express instead. Some of the TEE trains actually used specific unique stock, so that it makes sense to call such stock “the” TEE train. The Orient Express, during the last 50 years of its running, used the same stock that was used in other similar trains.)

It’s sad how the term “Orient Express” has taken such almost mythical proportions, when in fact, at least after WW2, the train called Orient Express was in no way different stock-wise, or “luxuriousness”-wise, etc, from dozens of other international trains with names in Europe the itinerary of which included one or several nights.

Sure it was. It was the only train on which everyone except Monsieur Perot was guilty!

laudanum ?? we do’ need no stinking laudanum !! we gots the valerian root extract !! just a drop’ll do ya !!

The photographer’s work is fascinating… I really enjoy his attempt to shoot un-molested portions of these abandoned buildings. There a few images with graffiti and vandalism, but for the most part… things are just as they were when the tenants left.
Also, the short historical descriptions make the photos all the more enjoyable to explore. Pretty amazing how nature can destroy a building in as little as 15 years.