She also uses the twelve items or less aisle at grocery stores with up to twenty‐four itens as she counts it as twelve items per person.

It’s hard to find more obvious evidence of rule by patriarchy than “The law means whatever we say it means.”

Texas is pretty big on the concept of “write shoddy, amateurish law, then try to fend off unintended consequences.” 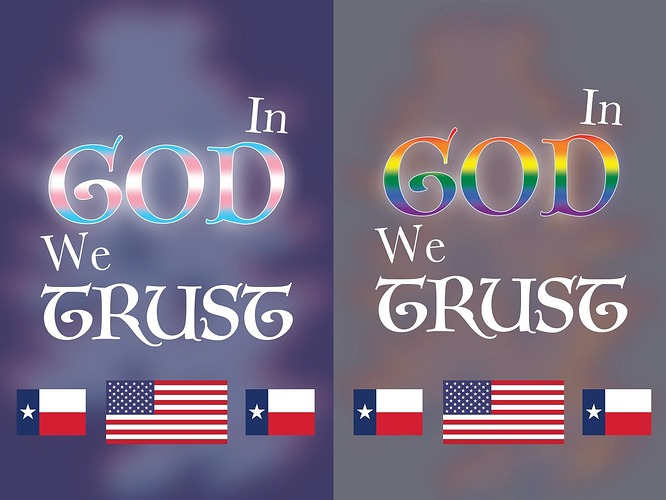 The bill's authors argue it does not require the display of signs in other languages.

If Texas traffic law reasonably assumes that different “persons” will be in distinct bodies, and Texas has declared embryos to be persons, then every damn actual person in Texas who could conceivably become pregnant needs to claim to be pregnant while using the HOV lanes until they change the law. (I mean, who’s to know, for certain?) It’s only reasonable thing to do in the face of unreasonable laws.

Personhood debate aside the whole point of an HOV lane is to encourage people to share vehicles (thus using fewer resources and creating less traffic) instead of taking separate vehicles. So “distinct bodies” are pretty much presumed to be part of the equation.

Then again I wouldn’t deny a pair of conjoined twins the right to drive in the HOV lane so I guess there’s always room for debate.

Fetuses have always been at the forefront of ride sharing. You seldom see them travel anywhere alone.

So “distinct bodies” are pretty much presumed to be part of the equation.

Sure, that’s the presumption, because one way or another, separate people - even conjoined twins - are going to take up multiple seats, and it’s possible that the way it’s written in law makes that explicit. But the presumption may have been enough in the context of non-insane laws about what constitutes a person. Although what this may mean is that embryos legally require their own car seats under Texas laws, now…

In that case they would only apply to other bodies who also have a licence and access to a vehicle since they’re not actually meeting the objective of the law by reducing vehicles unless they could conceivably have been in a separate vehicle in the first place. A fetus in a car reduces as much excess traffic as a toddler does.

the whole point of an HOV lane is to encourage people to share vehicles (thus using fewer resources and creating less traffic) instead of taking separate vehicles. So “distinct bodies” are pretty much presumed to be part of the equation.

I’ve always argued to anyone who will listen that kids and unlicensed adults in the car shouldn’t count for HOV lanes because they are not removing any drivers from the road, thus defeating the stated purpose of an HOV lane of reducing traffic. Same for taxis with one passenger. I’m fun at parties.

*yes, yes, I know that we have to create simplified versions of laws so they can be reasonably enforced. It’s a joke, please, everyone, don’t mansplain traffic laws to me

That’s a “I’m not even mad” moment. Never mind the point of HOV lanes is to get cars off the road and having a passenger that can’t drive is only exploiting a loophole and shouldn’t be allowed. This is certainly a novel approach.

Gosh, do you think the driver maybe did this to highlight some flaw in the law that has very little to do with what HOV lanes are supposed to do? Maybe she had some kind of ulterior motive that had nothing to do with traffic per se? Is it possible that turning this moment into a discussion about traffic is working really hard to avoid the point?

Exactly - it’s the sort of theatrics the Satanic Temple excels at.

If they rule that one person was in the car, she gives interviews about their hypocrasy w.r.t. only claiming a fetus is a person when abortion=bad.

If they rule there were 2 people in the car, then the State needs to establish beyond reasonable doubt that any female driver was not pregnant at the time.

There was a case like this decades ago (sorry no reference), in which the driver was then ticketed for having two people in the same seat.