When I first saw this headline, for half a second, I thought it said “President Pratchett” and I nearly dissolved into messy tears, thinking I’d finally gotten to the smart timeline…

This is good, too, though.

Me fucking too! But we’re stuck here, in this stupid timeline…

When I first saw this headline, for half a second, I thought it said “President Pratchett” and I nearly dissolved into messy tears, thinking I’d finally gotten to the smart timeline…

I feel the same way whenever I read Jasper Fforde’s Thursday Next novels, because I want to live in the timeline where George Formby is the President of the UK. President Pterry has a ring to it though.

I am not so sure about a Jack Schitt run version of the world, though.

@Mindysan33, Terry was so clever, wasn’t he?
As was Douglas. Both are missed.

(Fforde is quite good, but I’m still waiting for Shades of Grey pt.2, and haven’t had a discovery like him in years.
Any serious suggestions, anyone?) 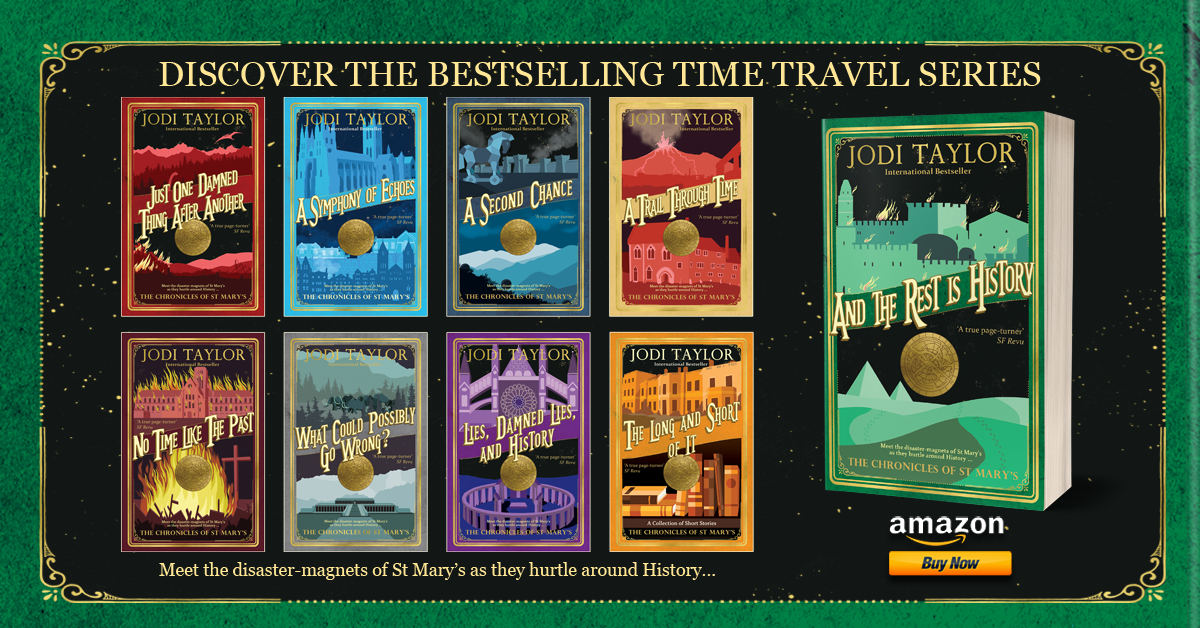 The Chronicles of St Mary's Series

Jodi Taylor is the author of the bestselling Chronicles of St Mary’s series, the story of a bunch of disaster-prone historians who investigate major historical events in contemporary time. Do NOT call it time travel!

Jonny has (sadly too few) works in similar veins. 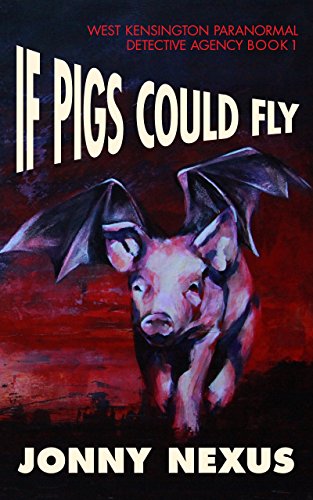 Any serious suggestions, anyone?

I misread a review a couple of months ago and spent a few blissful hours thinking Shades 2 had been released and I’d missed it, before realizing it hadn’t and won’t be for some time. Fforde’s work ethic seems more at the Pratchett end than Douglas Adams, but he’s apparently committed to new books in a number of series at the same time.

Jane Rawson’s “Wrong Turn at the Office of Unmade Lists” is gently surreal, in a “Fforde-meets-magical-realism” kind of way. 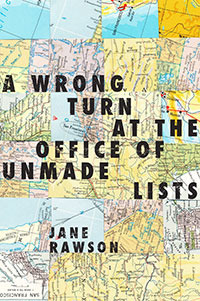 A Wrong Turn at the Office of Unmade Lists

Gates, as Burrows points out, didn’t believe him, telling Pratchett that “electronics gives us a way of classifying things”, and “you will have authorities on the net and because an article is contained in their index it will mean something … The whole way that you can check somebody’s reputation will be so much more sophisticated on the net than it is in print,” predicted Gates

In Bill Gates’s defence, he was not wrong either. We really can check our sources in a way that usedn’t to be possible. Yes, we used to have gatekeepers, but for all that they kept anti-vaxxers and nazis off the air, they also knowingly raised a lot of colorful frauds and hucksters from obscurity. Turmp would be a notable example.

The thing Bill Gates wasn’t cynical enough to see, but Terry Pratchett was, is that the general public doesn’t base its esteem on credentials to begin with, so empowering them to do their own research makes no difference. A large part of the population is trained that if they see something on a screen, by definition, that is what they believe. I think this is much truer of pre-computer generations, and things will gradually improve for that reason; it might actually be that Gates sounds like the more sensible one by 2049.

Gates wasn’t cynical enough to see, but Terry Pratchett was

I wouldn’t think that many readers would agree to the description of Pratchett as cynical.