For the longest time, I’ve thought that twitter should be nationalized and put under the purview of the US post office.

Not a bad idea, really.

“The line is 12 hours long. Do I really want to send this hateful missive?”

visit any housing co-op or food/grocery co-op to understand what a bloody, horrific disaster a twitter co-op would IMMEDIATELY turn into. the actual behavior of a co-op defies it;s sunny-day, sharing label. they are breeding grounds for power-hungry miniature autocrats who, through cronyism, seize control of the governing boards and need to be toppled dramatically from power.

you can’t run a business as a co-op if it doesn’t make money.

In the long run, you can’t run a business as a business either if it doesn’t make money.

and Vanguard and Kaiser Permanente 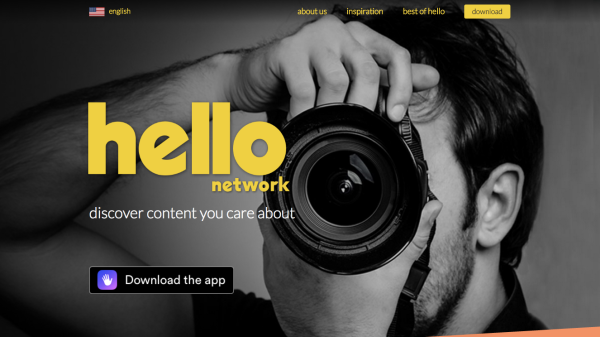 In 2004, Orkut Büyükkökten and Githin Jose founded the social network Orkut as part of an independent project within Google. After a decade, it was shuttered with a community of more than 300 million people. Since then, Büyükkökten has reflected on...

For the longest time, I’ve thought that twitter should be nationalized and put under the purview of the US post office.

Because you want twitter to be run as badly as your local post office? Mine doesn’t deliver (randomly) about one day in ten, routinely loses packages, and is generally just a sad joke (which employees confirm when you ask them what the hell is going on). They can’t even hold my mail, randomly delivering it on one or two days every time I’m gone for a week or more.

The pessimism in the article notwithstanding, it should be possible to create a non-profit counter-Twitter, just as there are non-profit cell phone companies.

It has been tried. They all failed to be successful or gain more than a handful of users.

You wrote “First among these is that Twitter is in a fiercely competitive market for engineering talent, and that nonprofits – who can’t offer the kinds of stock-option-based incentives as their for-profit competitors – have a hard time attracting tech people to work for them.”

This is wrong for a couple reasons. First, Co-ops aren’t non-profits. Most, like REI, make a fair profit and return surplus profits to the members. This brings us to your claim about not attracting top talent. If profits are returned to members in proportion to their contributions (co-op principle #3) then hell yeah! All that money that the VCs are sneering at could pay for quite a few devs.

To the commenter re: mismanaged co-ops and dominance by primadonnas, that is not a necessary outcome, co-op or otherwise. How many corporate (for profit) leaders are total dicks and can only be replaced by board action… I’d say co-ops win by this metric every time.

You’ll have to your state’s department of Internet communications to get your tweeting license first.

In the long run, you can’t run a business as a business either if it doesn’t make money.

There’s a knock-knock joke in there, somewhere…

A: The Disruptive cow.

A: YOUR OBSOLETE TOP-DOWN JOKES HAVE NOW BEEN CROWDSOURCED AND WE IPO ON MONDAY

Hm. I wonder if co-ops being large entities actually works to its advantage?

Being large enough to support professional management and paid staff probably helps. Your typical neighborhood food coop isn’t. The small coop relies on volunteer labor, which becomes a chore to be avoided, and the only rewards are the ones that reinforce negative behaviors. For a coop run like real business, the employees have a real job with the benefit of having equity. Also, I don’t think a coop necessarily has to be non-profit, though I could be wrong about that (I am neither a lawyer or an accountant). I’m pretty sure there are employee-owned companies that are for profit (King Arthur Flour, for instance).

And both the ones I mentioned, too, are for-profit as far as I know. Excellent points, so thanks for bringing them up.

Has anybody ever been successful at turning a highly profitable business into a co-op?

I don’t know the answer to your question; but it arguably isn’t really relevant to twitter. They consistently lose money; and their management is starting to catch flak because they haven’t come up with anything to change that; nor have they been terribly successful in keeping active user numbers stable, much less increasing them.

They arguably raise the somewhat different question of “Has anyone ever been successful at turning something into a co-op when it would probably be more valuable when rolled into one of its competitors?”

Barring some stroke of genius in the near future, Twitter itself is likely to bleed out as soon as their excuses stop pleasing investors. The trouble for anyone looking to go co-op is that their corpse is likely to sell for whatever Google or Facebook or Verizon think they can scrape out of it by combining it with their existing arsenals of creepy personal information and relentless advertising; rather than just selling for scrap.

*lives in the Northeast
*weeps b/c no Publix here
*walks into Safeway
*screams “YOU’RE NOT PUBLIX AND YOU NEVER WILL BE!!!”