Prosecutors and federal judges collaborate with corporations to seal evidence of public safety risks, sentencing hundreds of thousands of Americans to death

I realize that algorithmic dragnet justice is for poors and collateral damage in terrorstan, so this would be deemed impossible because reasons; but aren’t the possibilities of chasing down a widespread crime that could be detected with a relatively rudimentary PACER scraper just fascinating?

We might need to spin up a few additional law schools to meet the demand for replacement judges; but so it goes…

This is why there should be mandatory disclosure of all corporate documents (with very narrowly limited exceptions for things like product recipes), including POs and invoices, checks, memos, etc. Disclosing literally everything is such a powerful force for public good: the tobacco industry documents make amply plain the shenanigans, dirty tricks, outright lies and other processes by which Philip Morris, RJ Reynolds, and all those tobacco companies convicted under the Racketeer Influence and Corrupt Organization act attempted and attempt to harm the public in order to enrich the share holders. Gives us insights on how to temper and abate their corporate malevolence.

what if a corporation tries to limit their documents? using active / live communication to coordinate work mostly. How would you disclose when paper trail isn’t available? Would you record the meetings?

anything shown in court that isn’t a product recipe or security document should be fair game but don’t you think that incites more fear - like what if that email I wrote gets interpreted the wrong way? would it not be better to arrange ‘the state of things’ such as to add incentive to legit dealings?

Arguably, forcing malefactors to rely on coordination through gossip and oral history to avoid producing discoverable records is an incentive to legit dealings.

Substantial paper certainly gets pushed mostly because the bureaucracy is expanding to meet the needs of the expanding bureaucracy; but record keeping is also a pretty valuable thing for organization, planning, detecting the activities of internal malefactors, etc.

most certainly! it would also prove for some very valuable material for journalistic organizations for many many years.

I think it goes a bit further like maybe it makes work worse. even if no weird stuff is going on, how would you like to go to court to explain what you said at work? vicious cycle

I’m saying maybe there’s more creative ways to address the same problem. I might cap price on a cost plus basis especially for essentials. I’m searching for a way to dis-incentive-ize “infinite growth” models… like maybe make fiduciary responsibility regulations.

By absolute sheer coincidence, Judge Booker Stephens decided to retire a month ago… 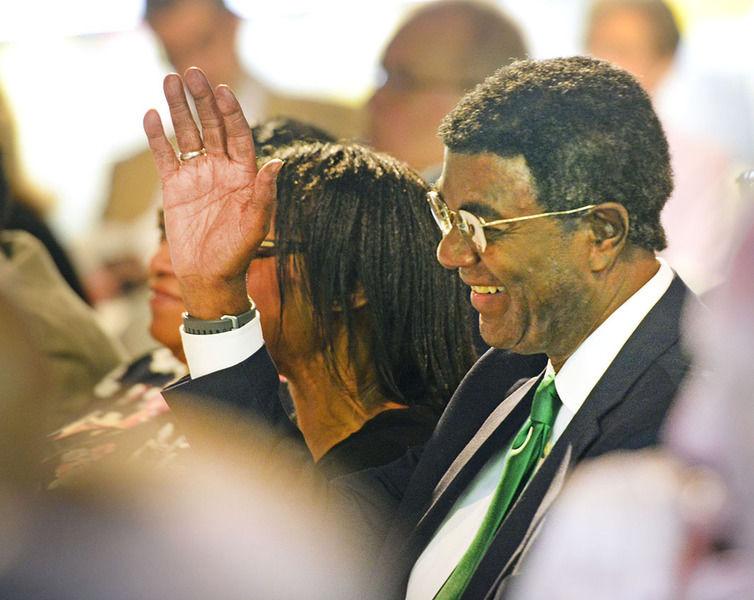 welch — A judge who showed compassion, had a great grasp of human nature and a fine legal mind and refused to allow attorneys to show up late for court

Prosecutors and judges are afraid their diversified portfolios may include investments in the very corporations being looked at, so…

I appreciate the sentiment, but i can’t imagine how this wouldn’t shut down entire industries and eliminate many of the good ways companies compete with each other.

Personally, almost everything I write at work is under NDA- I’m sending it to clients or talking about clients.

This would prevent companies from creating documents that discuss their goals, strategies, targets, or R&D and investment and partnership plans, since competitors would instantly know. They could copy or thwart those plans, buy up assets to deny them to you, or collude eithout ever being seen to speaknto one another.

And maybe for software you could argue that soufce code is anproduct recipe, but everything else, design documents and feature rollout plans, 0for example, wouldn’t be.

More and more, it’s The Sheep Look Up. 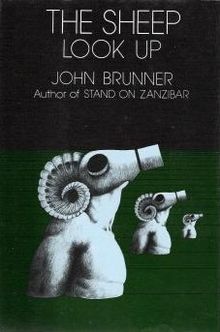 The Sheep Look Up

The Sheep Look Up is a science fiction novel by British author John Brunner, first published in 1972. The novel's setting is decidedly dystopian; the book deals with the deterioration of the environment in the United States. It was nominated for the Nebula Award for Best Novel in 1972 and is celebrated in a 1988 essay by John Skipp in Horror: 100 Best Books. The title of the novel is a quotation from the poem Lycidas by John Milton: The book follows the events of a future dystopian world over a...

Ordinary people harmed by the collaboration of corporate fraud and state corruption is a continuing theme of the book. One character is radicalised when their unborn child is killed by a faulty microwave oven.

You mean, like the way the tobacco companies folded and went out of business?

If that is your reference class then our definitions of “corporate document” and/or “narrow exception” are vastly different and my response may not apply.

Also, we live in a world where 1) the language the tobacco companies use is vastly more obfuscated than most other corporate-speak I come across, and 2) no other company is willing to be seen working with a tobacco company.

I would very much hesitate to apply too much openness pressure economy-wide, rather than as a punitive measure in an industry we want to have die out.

what if a corporation tries to limit their documents? using active / live communication to coordinate work mostly.

I like this idea. Let’s examine how it would go:

The shadiest companies would immediately cease their policy of “Work from Home”. They would ban any service they do not control. Teams/Skype/Slack and similar all shut down and replaced by some XMPP hosted solution.

And it would not make a difference because you are not going to stop people from forwarding PDF’s via email or intentionally leaking information.