Iranian influence, brought to Iraqis courtesy of American neoconservative bungling via creeps like this grinning jackal. 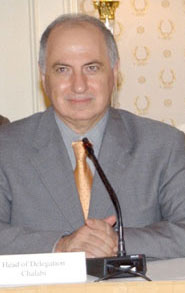 Yeah, the British and the French laid the groundwork; but America really went all in on screwing the pooch.

Getting a strong ‘Lawrence of Arabia’ vibe here. I don’t like it.