As seen on Sherlock last week?

I’m very lucky to live close to Radnor Lake, an artificial lake originally created to provide water to the railroads of downtown Nashville. A few years ago I was also lucky enough to be part of a group of volunteers who helped build a trail to the valve house which had been off-limits to the public.

Here’s a picture of the valve house, the valve itself (which doesn’t give an idea of how enormous it is–and how much trouble it must have been to turn the wheel manually), and a small part of the miles of pipe that originally carried the water. This was originally installed in 1904. 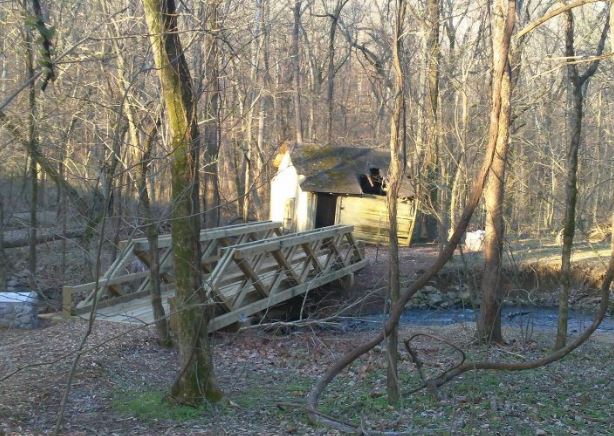 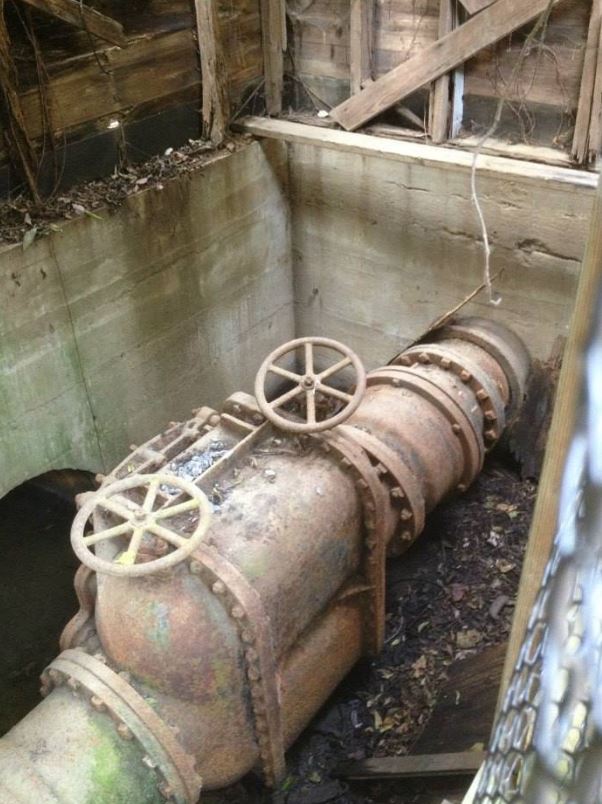 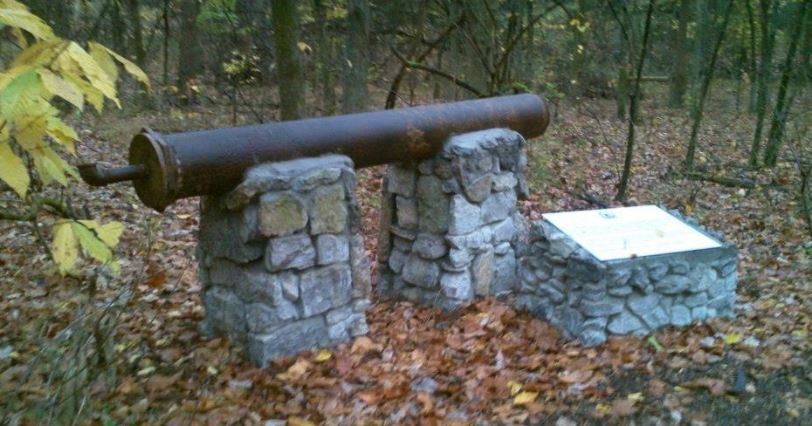 The first show of my photographic work consisted of photos I’d made of the hydro-electric substations here in Hamilton, Ontario, most of which are quite striking architecturally and many of which are disguised to resemble the residential or commercial architecture surrounding them. While I was working on the project I got to a point where I knew there were still substations I hadn’t photographed but I couldn’t find them, because they’re disguised, which was the whole point. I called the hydro company, got in touch with their head PR person and explained what I was doing and asked for their help.

Predictably, they refused, because terror, etc. (I found them all anyway, on my own)

I’m now a commercial photographer in the city. Last week I had a job shooting corporate headshots for the same hydro company, at their head offices. I happened to notice that one of their VPs has hanging on her office wall a poster from that show.

Friend, I have a white standing seam metal roof, as do my neighbors on one side. The roofs were installed about 15 years ago by the previous owners of this house, going in together with the neighbors, and will likely last for another 15-20 years. I love the roof and think it’s great - it is durable and helps to keep the house cool in the summer, as well as looking very nice on this style of house (50s ranch).

There are drawbacks however: you don’t see them very often because the up-front cost is double or triple a composite roof and they require the same if not more maintenance. After all, it is a huge painted surface directly exposed to the sun - ours actually needs to be repainted. In our rainy climate (Portland, OR) the roof needs regular, very expensive cleaning service to avoid deterioration of the finish and mildew growth. It also doesn’t shed water as well as composite and suffers from more than the usual amount of ridge vent leakage (in my case both are exacerbated by a very low pitch). Metal roofs also have the drawback of being more susceptible to leaks at penetrations, and a DIY homeowner can’t add a vent or similar to the roof - that has to be done professionally to protect the integrity of the roof. They are also very slick to walk on when wet.

Homeowners and builders make decisions for all sorts of reasons.

In many suburbs the car as dominant transport means that all we know of our neighbors is what we see out of our windows driving by. Sort of sad really that being a good neighbor is about putting up a pleasant facade rather than providing something useful to the community (like water or power). I rather like driving around in farming areas where you see pumping columns besides the roads at regular intervals. This is what I like about farms: they are about functionality rather than facade. Sad that everyone these days thinks of farms as places devoid of technology because that’s the image on the food packaging.

That just gave me some serious Myst flashbacks…

Yup. The older water facilities in the Boston area have similar beautiful touches.

Possibly, i don’t usually watch any TV so haven’t seen it.

Rivers of London (Midnight Riot in the US) is the first novel in the series of the same name by English author Ben Aaronovitch. The novel was released on 10 January 2011 through Gollancz and was well received by critics, earning a Galaxy National Book Awards nomination for Aaronovitch in the New Writer of the Year award. The novel centres around the adventures of Peter Grant, a young officer in the Metropolitan Police; who, following an unexpected encounter with a ghost, is recruited into the s...

Are you getting ready for the bit of winter weather Raleigh is expecting? Somehow by your snarky comments I’m guessing you’ve never lived anywhere near there. Having lived in the RDU area for about a decade I tell you there are plenty of older houses fitted with steel roofs. Along with what awjt said, we might be Southern but we aren’t stupid. (But ironically Raleigh probably has less than a 50% native NC population.)

And to the people commenting about just letting it be a pumping station…well head south and visit Cary, NC. I’m pretty sure something like this would be required just because of how strict their building statues are.

Heck, in Switzerland, every suburb apparently has a dummy house or two that is a disguised military command/muster centre or gun emplacement!
I remember one of the local boys pointing this out to me as we were biking around. Just another perfect Swiss house with flowers in the window box but something not quite transparent about the windows. 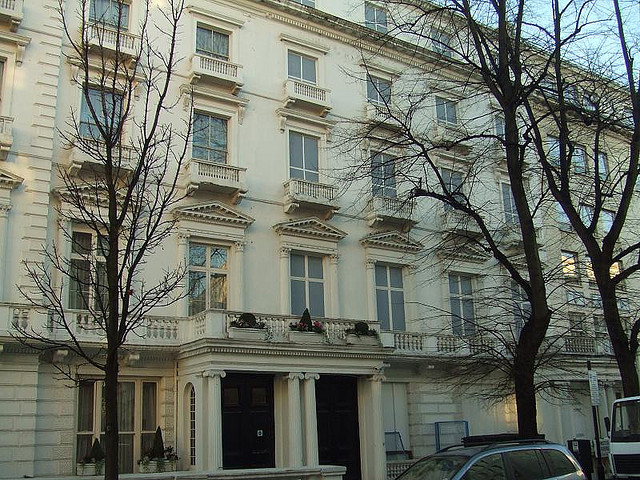 That’s exactly what I first thought of.

(Jingle): Central Services - We do the work, you do the pleasure!
TV commercial pitchman: Hi, there. I want to talk to you about ducts.

My house is going on 12 years with its composite roof. It is holding up excellently and is certainly not cardboard. And I live in the Dallas area which has its fair share of hail storms and other severe weather that can wreck havoc on roofs. Maybe you cheaped out on a poorly done composite roof, but many people spend plenty on theirs so that it will last 30 years or more unless something unforeseen happens to damage it.

Years ago I worked for the telco and I got to visit a few central offices that were similarly camouflaged - but they were in classy old city neighborhoods, not suburbs.

If anything, farms are incredibly high-tech these days. I won’t object that marketing teams have a vested interest in making farms seem quaint and warm and fuzzy and all about being close to the land. But one of the greatest users of applied automation has to be the modern farm. I remember when I was in elementary school touring a dairy farm with my parents and seeing that the entire setup is completely automated with the cows operating on their own schedule.

The cows had the run of the pastures and barns, and when they felt like being milked, they went to a stall in the barn where their ear-tag’s RFID chip activated the stall’s automatic sanitizer which cleaned the milking machine and the cow’s undercarriage (it looked like a sanitizing spray, maybe something like lysol). The milking machine automatically attached itself to the teats, spent about 20 minutes doing its thing, detatches, re-sanitizes itself, opens the gate in front of the cow, and powers down. The cow then ambles back to pasture.

I don’t know about Raleigh, but here in Texas you buy a good roof. You may still end up having to replace it within ten years, but you buy a good one because most storms are not the “tear your roof completely off” kind, and EVERY year there will be major storms with high winds. Every year there will be multiple hailstorms, possibly some minor tornadoes, lots of rain, ice and then also extremely high heat. If you don’t buy a good roof you won’t get five years. You’ll be lucky to get one…

Texas sucks. We suck. People suck. But I can vouch for one thing, you buy a good fucking roof.

This is in Amsterdam, in a commercial area. I prefer it to disguise. The thing behind it is the metro/subway flyover.

The darks lines are illuminated yellow at night. Sadly some of the lights are failing. Other pump stations (these are for maintaining ground water level I think, not drinking water) have totally different architecture. This one however really catches the eye by not hiding what it is:

Hah! I wondered why that fire station seemed to be so long in getting up and running. I drive past it all the time. That would explain it.