Fuck you, De Blasio. Because when white men point assault rifles at BLM agents while protesting in favor of a man who is clearly stealing grazing rights, and then two of their members go off and kill police officers in Las Vegas, we can keep discussing the issues at hand. Why? Because Bundy and his merry band of wingnuts were allowed to disown the cop killers. And the media seemed to want to take Bundy’s side anyway.

In NYC, the protestors aren’t allowed to disown the lone nut.

And there’s only one explanation that makes any kind of sense. And it ain’t pretty.

The day is today.

The time is now.

If you want to prevent deaths like this, the only way to do it is by holding the police actually accountable for their actions.

Anything else is just kicking the ball down the road.

power to the people! stay woke!

I also want to say “fuck you” to De Blasio, but then I have to imagine what unspeakable bullshit he was subjected to in order to get him to say something like this. The only thing that seems to make sense is that he felt his life was literally on the line in the face of this shit, or he knows just how crazy and entrenched the NYPD is and he’s trying to prevent a riot in which he knows that the cops will “win.” I can’t believe these self-important jack-booted assholes had the balls to make him backpedal on the already overly-cautious comments he made initially about teaching his son to protect themselves.

How did this “discussion” orient around the idea that it was the protests that triggered this event, and not the killings in Ferguson and Staten Island? I have to say, the response of the NYC police to the police killings has utterly disgusted me. The head of the police union saying the mayor had blood on his hands? That is the most unprofessional, inflammatory thing imaginable to say in this situation.

The saddest thing is that I think the public, for the most part, genuinely wants to be supportive of the police, and have mutual respect between police and citizens. It’s hard not to look at this, though, and see VERY CLEARLY that the police value their own lives WAAAAAY beyond the value of the lives of the citizens they “serve.”

I can see that. Particularly in light of the truly foul garbage coming out PBA in the last couple days. I stand by my post though. He shouldn’t have caved. (I also have the advantage of being a city other than NYC.)

Barely related, but if you want to lose your last bit of faith in humanity, you could look at this: 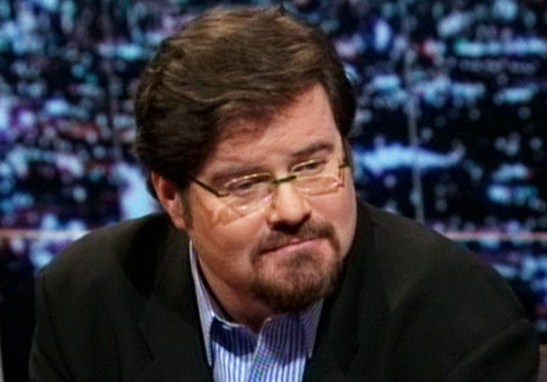 Jonah Goldberg: Protecting the Protesters vs. Trashing the Tea Party

Nearly four years ago, the media establishment swiftly and baselessly linked the Tea Party to the shooting of Arizona Congresswoman Gabby Giffords. But after this weekend’s murder of two New York City police officers, by a gunman who used the hashtag...

And contrast that with my Facebook feed, where the armchair analysts have determined the problem is them animal Negros who don’t know their place, or whatever the hell my racist acquaintances are thinking right now.

The thing they completely fail to mention here is this:

Almost zero media attention, or certainly not the level of attention this shooting is getting. I would like to take a moment to point out the absurdity of a Don’t Tread On Me flag being combined with a swastika, though; many libertarians want next to no government, while fascism is a pro-government authoritarian regime.

But imagine how bezerk the Right Wing Outrage Machine would have gone if the killers had self-identified as Black Panthers instead.

When officers of the law are allowed to brazenly and murderously disregard the codes they are sworn to uphold, our society’s foundations are shown to be rotten to the core. They must be struck at decisively, and this cancer roundly and swiftly removed before it can eat us all. These heinous acts of murder and torture are an attack on the very core of our nation and what it once meant to be an American.

When police officers murder, it tears at the foundation of our society.

I would like to take a moment to point out the absurdity of a Don’t Tread On Me flag being combined with a swastika, though; many libertarians want next to no government, while fascism is a pro-government authoritarian regime.

“Shut up, you’re making it worse.”

So indiscriminately killing cops is the best way to remove the “cancer”?

What of the NYC protesters chanting: “What do we want? Dead cops”?

Charles Rangel initially denying it on CNN, then characterizing it as “unacceptable”:

I’m open to the possibility of an agent provocateur, but it’s no coincidence that DeBlasio is telling people to “put aside the protests”.

Oh yeah, it’s what is trotted out whenever there’s a gun massacre. “We can talk about gun laws, but not now, it’s not appropriate”. Of course, that time never comes around, until the next massacre…*

*not trying to split this into a gun-control discussion, just noting the similarities. Hopefully the gun lobby sockpuppets will give it a miss.

For one lone mentally ill person’s actions we are to forget the crimes systemic in police culture?
When the judiciary will not control the police, when they always give the benefit of the doubt knowing that it will be systematically abused, the dangerous deranged nuts will eventually pop out if civil protests are ignored.

No, not at all; that’s a ridiculously stupid thing to say. What we do is we hold people accountable for their actions, particularly those in power. That means we prosecute those that kill and torture, regardless of their name or rank. And when those charged with doing so fail to, we raise hell until they either do are until they are replaced. We don’t take a break because some idiot did something stupid. We don’t cut them slack to kill more innocents. We fight until we win, lest evil should prevail in the shadows, unmolested.

When we adopt the tools of evil to fight it, we only corrupt ourselves, until we become the evil we once fought against. See: the wars on terror/drugs.

The first thing to go in a boiler explosion is that weakest rivet.

If you’re lucky, someone notices the failure and shuts off the fire under the boiler.

de Blasio seems to think that the protests are the fire, rather than the 300 extra-judicial killings of black people per year.

Edit to add: The protests are the pressure relief valve, and obstructing that (further than it already is) only increases the likelihood of a catastrophic failure.

OK because your original post didn’t say how to strike at the problem decisively. Given the event in the article, it sounded like you were condoning such radical action.

If you want to prevent deaths like this, the only way to do it is by holding the police actually accountable for their actions.