While I strongly support the relevant information coming to light, it seems better to minimize harm with some sort of vetting process.

Snowden got that right, or at least much better

How much relevant information was there? The DNC didn’t play fair with Sanders. Not exactly a shock. And what else?

If they were expecting the Arab Spring, they sure didn’t get it. But they opened up a lot of people to identity theft, and those people can’t all be evil masterminds.

The DNC didn’t play fair with Sanders. Not exactly a shock.

Like with Iraq and Chilcot, one thing is “common sense” and whispers, and another is the historical record. We now have a historical record stating that Democratic hierarchies cheated against their own grassroots. You can now legitimately, say, call Debbie Wasserman-Schulz (and anyone on her staff) a cheat during any public debate, and be perfectly entitled not to trust a word she says.

Anyone structurally allied with her (including Hillary, who’s literally saving her ass) is also tainted by association and will have to prove their trustworthiness by carrying an agenda they didn’t set. That is quite relevant, in my book.

I don’t suppose you’re trying to hijack this discussion, are you?

Hijack how? You expressed a personal judgement, I responded with (what I believe are) fairly objective statements.

I’ve known for a long time that Assange himself was a complete asshole, but I held out hope that the organization he’s associated with had high morals and objective actions. These latest few actions by wikileaks just shows that the organization does not give a shit about anyone whether they deserve scorn or not.

I also don’t get the word “hijack”. Seemed perfectly on-point and civil. But as to the content, I sort of disagree with you! Mainly because I don’t think the DNC did cheat on their own, i.e., Democrat, grassroots. I suspect (no, I’m not going to read the emails; almost time for my nap) that the DNC saw Independent/Socialist Sanders and independent voters as hijacking the machine the DNC has taken a century to build to advance their not-quite-Democratic agenda. So DWS preferred a committed Democrat to someone just wearing the hat for a year or so. Not smart, and not shocking, but I get it.

So that’s a rationale. I frankly prefer that Sanders used the Democratic machine for his own (non-Democrat) purposes, because it made for a healthy corrective for the Party, and the alternative was a 3rd party, which couldn’t win and would help the GOP (sort of like the Greens).

Well, your version certainly is a version. and I would not be surprised if DWS and cohorts including Clinton saw it that way. But that does not fly for me on several levels, number one, because the organization could have and had every right to make rules that precluded what Sanders attempted to do. But they did not, and Sanders did follow the rules that they put forward while they did not. Second, once making the choice to not honor the rules they set they then went about categorically denying it in a very public fashion while they, the DNC and the Candidate, were well aware that they were doing otherwise.

The primary difference in your take and mine, and your predecessors, is that your take sort of excuses them for behaving to defend territory they saw as their own from being invaded by Sanders. I get that and I agree that dynamic was in play, but I maintain that their acting on this was a moral and ethical failing of non-trivial significance. We could argue over the merits of Sanders co-opting their party, vs Sanders gifting them with a rejuvenation of the party. But in the end those questions are moot. The rules were set, and they were broken and lied about. Now we find ourselves with these perpetrators as the party nominee, and the blatant transgression ignored, or rationalized away, or forgiven in the context of the candidates most terrible alternative. Where as for me at least, the only satisfactory resolution of this affair would have been for the candidate to step down, because the expectation to subject the country to the controversy of accepting such a tainted candidate is unthinkable to me. But in a complete and epic eithic fail such an exit was never even considered, discussed, hinted at.

So what we have is a candidate that we must choose who has gotten there by cheating, then lying, and then once publicly confronted with it, refusing to acknowledge it and in fact treating the whole affair as if it does not matter. And hence we are expected to tolerate it, or ignore it ourselves. We are expected to conform and support an ethically weak candidate who has tainted an historically significant event of the first women president by cheating to get there, something I find I can not forgive, even in the context of a terrible alternative.

I feel that the only way the candidate could have approached this which I could consider acceptable would be to have laid it all on the table - here is what I’ve done, and I know why this is wrong, but the other party candidate is so bad I think you should still support me. Then at that time we could consider the merits of that thinking against choosing her competitor Sanders with eyes wide open, and an honest and ethical account of events.

Instead what went down is shitty in all the ways that our system is shitty today. Its harmed democracy in ways we seem unwilling to talk about, perhaps because its not so bad as what Trump would willingly do, but its still shitty and it still represents a net fall in our politics instead of a gain. I still have a hard time thinking we’ve made a good choice to beat Trump when we’ve allowed him to drag down our entire system by picking a flawed candidate to run against him. 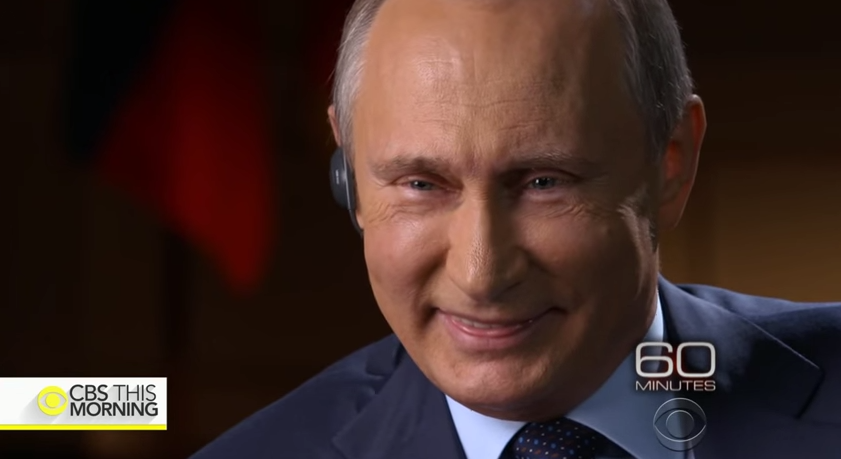 Over the last year there has been a recurrent refrain about the seeming bromance between Donald Trump and Russian President...