Qatar's World Cup stadium is being built by modern slaves

Is there a list somewhere of slave owning nations?

edit:
forgot to mention how happy the workers are!!

So the situation is still exactly as John Oliver described it two years ago.

What’s to say? the powers-that-be are weak, selfish gods who care only for the offerings paid them.

This entire situation sucks. I love the soccer. I care. I am going to skip watching the 2018 Cup. 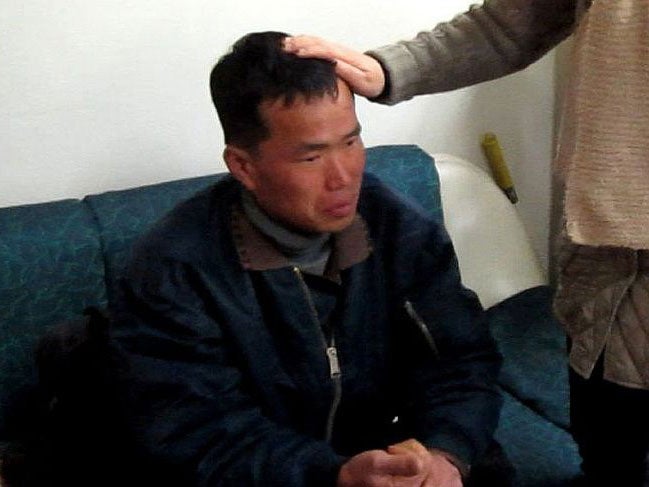 Escaped disabled salt mine slave on South Korea islands says it was 'a living...

He ran the first chance he got.

I am concerned this might put a damper on America’s enthusiasm for soccer.

Workers from Nepal, India, and other parts of south Asia were lured to Qatar by deceptive labor brokers who charged them steep “fees” and seized their passports, saying they will not be returned until their “debts” are paid off.

IIRC - this is standard practice in much of the wealthy Middle East.

Not to diminish the seriousness of the subject at hand, but . . . I would be a LOT more horrified if these facilities were being built by ANCIENT slaves. Just sayin’.

No more world cups for me either. It’s a bit of a token gesture but I guess it’s not even about protest for me, I just find the idea of watching entertainment that people worked to death for disgusting.

I think I’ll try to avoid the sponsors too. Extricating myself from Visa could be difficult, but looking at the rest of the list it seems like it will be a good idea for my health and my wallet anyway.

The hope is that the new FIFA board care more than the last but I fear the only way anything will change is if people put pressure on the sponsors.

Remember, a silent boycott does nothing. Contact the companies involved and TELL THEM you’re boycotting them, and telling others to do so as well.

Contact the companies involved and TELL THEM you’re boycotting them, and telling others to do so as well.

Yes. Boycotts are only effective when used a certain way. Just not buying things is imperceptible to the bean counters.

“Sales are down…”
“Let’s increase marketing.”
“Hey, there’s a World Cup coming up.”

Unfortunately, it’s not really a binary ‘yes’/‘no’ thing; and it’s pervasive enough that almost nobody would be on the “No, absolutely not.” list(maybe one of the oddball tiny countries that are closer to being towns with sovereignty than actual states).

You’d really need a multi-axis arrangement with gradations: on one axis, countries vary considerably in official legal position with regard to various slavery and slavery-like arrangements: with “Yup, Slaves!” at one extreme and "No slavery, strong antipathy to restrictions on freedom of movement, extreme judicial scepticism toward contracts that tend to reduce workers’ options, like non-competes, etc.) on th eother. On another axis you’d have to examine ‘estimated effectiveness of law enforcement’, since even the best laws don’t mean much about how many slaves there are if human trafficking gangs operate with minimal interference; and you’d probably need another axis for absolute estimated number of slaves and slave-equivalents, since some countries are subject to particular local conditions that make the formation of slavery-like systems more or less frequent even given the same level of legality and legal enforcement(eg. Thailand’s seriously nasty fishing industry is in part possible because of the steady flow of refugees and the desperate from Cambodia and Myanmar; and would be more difficult and expensive to maintain if nearby countries didn’t have substantial refugee outflows, or where themselves more attractive to migrants).

It’s not a very helpful answer, I know; but the old “as simple as possible but no simpler” rule bites you in this case.

Qatar is definitely unfavorable on all three axes(‘Kalifa’ makes H1-B look like a walk in the park, reports are that even the protections that theoretically exist are largely toothless; and the massive wealth disparity between Qatar and the countries they import from makes it relatively easy for large numbers of people to be involved); but there really isn’t anywhere far enough toward the right end of all the spectra to say that no slavery exists.

a “stain on the conscience of world football”.

Like that time I spilled coffee on my shirt made of mouldering shit?

I don’t get how that works. If someone seizes my passport while I’m abroad, I go to the nearest consulate or embassy, tell them it was stolen, and get a replacement. I assume Nepal and India have some diplomatic and trade relations with Qatar, right? Why are those governments not raising objections? Hell, we went and invaded Grenada on far less of a pretext.

ETA: Obviously Nepal isn’t in a position to invade anyone, much less a wealthy Arab country (and U.S. ally) on the opposite side of Asia. But at the very least file a complaint with the U.N.

and the home of the brave.

I don’t know how it works either. I am guessing it is a combination of the Qatar authorities having more power, any embassies in the area having less power, the home country not really caring for people so poor they moved to the middle east to work, the people involved having nothing back home to return to, and no one really caring.