The inspirational reading list in the back of this book led me on goose chases through many used book stores when I was a teen, and was a guide to my fantasy reading for years. John Bellairs’ The Face in the Frost and Fritz Leiber’s Fafhrd and the Gray Mouser series were personal favorites, of the ones I could track down.

I was on my first dig as a student, in Southern Ontario in the summer of 1979, and one of the other excavators had brought his D&D game. I’d heard of it, and I was the only one interested in playing it with him. After we’d written up our daily field notes, he’d haul it out and while everyone else was working around us, we’d play a game. He lent me one of his characters, which I promptly got killed, and he was a bit teary eyed when he said there were no take-backs.

When I first played DnD the DMs guide hadn’t been published. I had the basic set, the player’s guide and the monster manual. I had to get “The Judge’s Guild Ready Ref Sheets” if I wanted combat tables above the 3rd level.

Same here. We got snippets from Dragon Magazine as they came out, so we had a mish-mash of old and new tables and rules. Our DM had started out with the original Chainmail (roleplaying extension to miniatures tabletop wargames) some years earlier, so there was quite a range of inputs.

As always, though, nobody let the rules get too much in the way of the imagination and adventure!

Wow, dragon magazine, I had not thought about that in ages 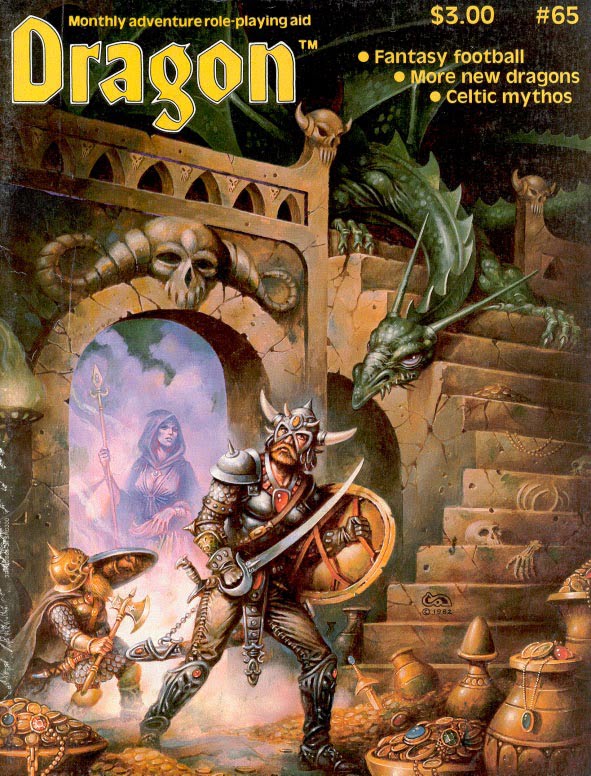 I had a letter published in Dragon magazine.

I loved Wormy… And, of course, being a young lad, I found myself strangely drawn to Phil and Dixie.

I’ve still got a stack of Dragon Magazines from the early 80’s, an early example of my love for niche magazines. Just can’t bring myself to get rid of them.

Wow, now there’s a task I can sympathize with. When I arrived at TSR in January, 1979, my first task was to take the cardboard box filled with Gary’s typescript for the Dungeon Masters Guide, read it all, organize it, and then complete some of the sections that were only in outline form. I also wrote the index and many of the appendices. I was 23 years old, green as grass, and in retrospect I could have organized it considerably better, but I was awed by the task and didn’t want to change Gary’s manuscript except where necessary. So long ago! 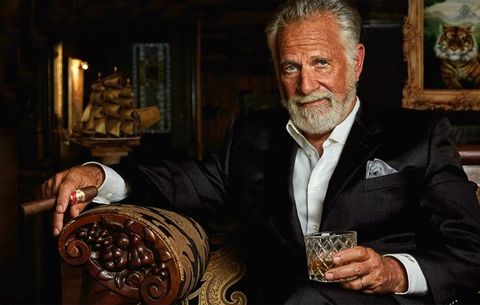 So when I first collected comics, it was the TSR line made by DC in the late 80s. And at a comic shop, looking around, they had the complete, short run of Sword and Sorcery by Howard Chakin, adapted from the books. And from there I found some old paper backs at the same store.

I am not a great student of classic fantasy, but I really like the Fafhrd and Grey Mouser stuff! I even dressed up as the Mouser for Halloween!

Later Mike Mignola did a 4 part series for Marvel’s Epic. It was pre Hellboy, but man, great, great stuff.

Funny you should mention Appendix N. My BFF, Peter Bebergal, is currently working on a collection of those stories, to be published by Strange Attractor Press in the UK. When he told me the idea, I thought it was so obvious and brilliant and couldn’t believe that no one had thought of it before.

The book is called Appendix N: The Eldritch Origins of Dungeons and Dragons. Not sure what the pub date is.

I remember that issue. I have years of Dragon magazine from that era in my attic (and S&T, Fire & Movement, Space Gamer, Fantasy Gamer, White Dork, Ares, and tons of gaming zines).

in retrospect I could have organized it considerably better,

I salute you, sir, for NOT organizing it better

The rough-around-the-edges quality that the DM Guide has–and all the better rules books have–is of inestimable value, in my opinion, in providing inspiration.

I was just going to make a post about how too-clean and too-clear some rulebooks are by comparison, and they end up making the game seem boring and lifeless. The original DM guide has pockets of randomness that you can find years after first acquainting yourself with the “rules” of the game, as Gygax goes rambling for paragraphs or even pages on esoterica. The “blue” basic rulebook has a similar quality that was bred out of it with the “red” book and its successors.

So don’t lament your work as a 23-year-old. To me, it’s like hearing George Martin complain that, if he had known how long the Beatles legacy lasted, he would have spent more time “perfecting” their early works, when a lot of the charm came from the slightly unpolished sound.

And, of course, being a young lad, I found myself strangely drawn to Phil and Dixie.

I only read them in anticipation of Sex in D&D

The book is called Appendix N: The Eldritch Origins of Dungeons and Dragons. Not sure what the pub date is.

That is such an excellent idea!

Looks like the pub date is Dec 15, 2020, and it’s available for pre-order. I may not be able to resist the temptation…

An investigation of the literary influences behind the most popular role-playing games. Drawing upon the original list of “inspirational reading” provided by Gary Gygax in the first Dungeon Master's Guide, published in 1977, as well...

Well, he certainly has the social distancing thing down.

Thank you for your part in creating something that has brought my three boys and girl (3rd ~ 8th grade) and myself together in this time of isolation. We are laughing, crying, and biting our nails as we discover new worlds built upon yours.