I was struck by how many of the incidents listed here 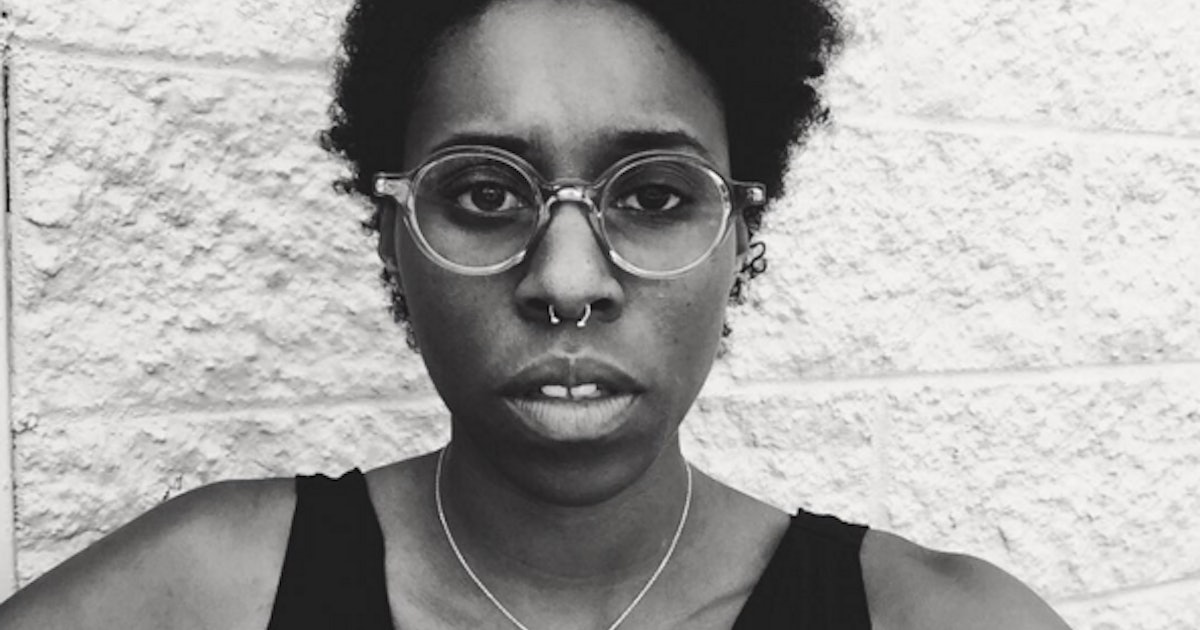 I was surrounded by almost all white children growing up. I was usually the only black girl in gymnastics, swimming class, ballet, golf — any activity I did, I could guarantee I was the only one with brown skin and kinky hair. From an early age I'd...

… are people (and it sounds like all women) wanting to touch a black person’s hair.

What the hell, people? When is it ever cool to touch a stranger’s hair in public? Is this something women somehow think is acceptable when directed at other women? As a man, I cannot imagine asking a woman I had never met before for permission to touch her hair. That is all kinds of off-the-charts skeevy, even before the racial implications here.

Yeeaa nobody has ever asked to touch my hair (white guy.) I would be creeped out if I were asked.

I don’t know where you live, but in the Seattle area where I do, the only contact with strangers I have is exchanging money and products. Or very small children running up to me to say hi.

I don’t encourage the latter. I guess kids don’t pick up on my “don’t touch me” vibe.

Oh, also handing people cigarettes, and/or lighting them. But that’s sort of a built in social interaction that comes with being a smoker.

But of course that’s my young white male experience. I can confidently say that strangers touching me randomly is hell.

When I was a little kid, my folks always showed off how thick my hair was to randos. I hated every moment of it. When I was young, I had a blond chevron with the point in front.

“yeah, I’ve got a thick head of hair, why are you telling these strangers to feel it? I don’t even know I have it half the time.”

But yeah, as soon as I could articulate exactly how much I hated that to the folks for a few months straight, they eventually stopped.

It’s not like I got it from them anyway (adopted).

My dog doesn’t even like you to touch her hair.

To touch my hair would require the ability to reach back in time.

It happens quite a bit in other countries, for example where facial hair is not common or your hair type is very different from many people in that area. Of course it can be associated with racism, but quite a lot of it (especially with kids) comes from curiosity, in my experience. I have found that certain cultures tend to find it more offensive than others though, and white people doing it to black people in the US would have a very different connotation from e.g. Indonesian kids doing it to a white guy.

I was on holiday in Greece last summer, and all the Greek kids chased my son around the pool because they wanted to touch his (blond) hair. I wasn’t that worried but then it doesn’t come with a preloaded context of discrimination (“Oh, I’m going to carry on discriminating and even about the same things, but now it’s nice discrimination”), and I also observe that he wasn’t that happy about it. Even weirder too, when you think about it, because blond isn’t even a texture.

my friend and then-roommate had the righteous afro. I think I was giving her a hug or we were somehow having a “moment” and I asked if I could touch it. we both knew how fucked up of a question it was but since we were buds, the awkwardness made it funny and she was like “sure!” the few black girls I had dated or hooked-up with had all straightened their hair, so it was new to me. but even still, I knew it was a fucked up thing to ask. I don’t get how white folks don’t realize how embarrassing they are but I guess my experience of race in the US is a lot different from the norm.

That was one of the clever “using a fantasy-world setup to call out actual forms of racism” bits in Zootopia. (“Never just touch a sheep’s wool! What’s wrong with you??”)

Oh man I had forgotten that scene in Zootopia, it was too perfect. The sheep hair touching. Such a great movie.

My cousins are half Liberian and have the best hair. One time one of them grew it out into an afro, and I was insanely jealous. My hair is pretty curly and looks a bit like Bob Dylan’s when I grow it out, but it’s not the same.

(And no, I’ve never asked to touch anyone’s hair, as far as I can recall)

Really? That doesn’t happen to other white people?

Geez, it’s happened to me twice this week. Probably hundreds, if not thousands of times in my life.

One of those was my niece, though, so I don’t think that really counts.

Not racist, but my one friend complained about when she was pregnant, other mothers coming up and touching her belly while she was in public.

I once had someone do that to me, without asking, at a house party.

I was having a chit chat with about 3 or 4 people who werent even casual acquaintances, when the subject of hair came up; and some little sorority chick touched my hair as she was asking some inane question or another.

But before I could even react, my spit-fire little friend (who happens to be Irish in descent) immediately did the exact same thing to her, although I think she may have tugged a little harder to make her point.

Bottom line; never touch anyone without their explicit advance permission.

It’s a good way to pull back a bloody stump…

hen she was pregnant, other mothers coming up and touching her belly while she was in public

Isn’t it time to retire that yet?

But you are correct;

Not all women do it. And not all pregnant women mind.

Unlike my hair, people were much more respectful of my belly while I was preggers; no one tired to rub the bump without permission.

Bottom line; never touch anyone without their explicit advance permission.

Even Jesus had a thing about that.

That always weirds me the fuck out too.

When my cousin was pregnant everyone was constantly touching her belly, like she had no bodily autonomy at all.

I had to ask her “why the hell do you let randos on the street come up and put their hands on your belly?”

And she basically just said “I’d rather just deal with it than be mean”.

It took all I had to not argue interminably that it’s disgusting that people objectify her as public property by default and asserting your own personal space isn’t mean. It’s a kindness. If you don’t do it for yourself, then the touchies won’t learn, and then one day they’ll get the snot beaten out of them by some pregnant woman’s significant other.

Swell guy that he was, the big J healed her anyway, even though she was perpin’…

Being pregnant apparently also means that strangers have a right to give you unsolicited advice on what you do with your breasts and reproductive organs.