The tight focus on this single matter for impeachment is looking like a better and better plan.

the President pressured Mr. Zelenskyy to… locate and turn over servers used by the Democratic National Committee (DNC) and examined by the U.S. cyber security firm Crowdstrike 3

I think that’s the standout impeachable line, right there.

I think that’s the standout impeachable line, right there.

Every f’ing day there is another impeachable offense. F’ing McConnell…

He tried to hide it !! History repeats itself.

That man has done a lot of things in direct violation of his oath to uphold the Constitution, but this indeed may be the smoking gun that even the Senate can’t ignore.

I mean, it’s like taking Al Capone down for tax evasion. It’s not the crime he deserves to go down for, but it’s the one we just might be able to beat him on.

We really should start discussing whistleblowers, plural, because the person who filed this complaint was doing so at the prompting of several other people who were troubled enough by the behaviour to come to him or her with pieces of the same story. The regime is going to try to make this about one disgruntled and politically motivated individual going after Il Douche, when (as usual) this is not the case at all.

The cover up is always worse than the crime (although in this case, the crime appears to also be pretty fucking heinous).

I took that away from this as well. The letter mentions “a half dozen officials” who made the same complaint to the whistle blower. I have to wonder if they knew he/she/they were going to go forward with the complaint. Given that the IGIC said it was credible, that seems likely, and this whole thing is WAY more than a single person repeating hearsay.

Pretty sure Greta didn’t actually say this, but… 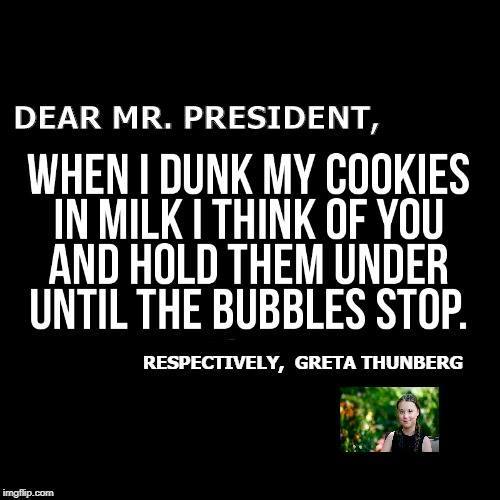 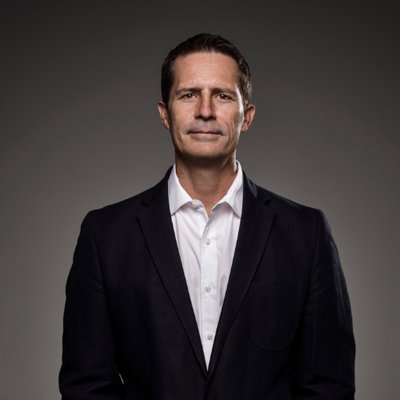 The complaint,citing multiple US officials, alleges that White House lawyers have been stuffing politically troubling records of presidential calls into highly classified storage to hide them from scrutiny throughout Trump’s presidency. This just got much bigger.
25 Likes
Faffenreffer September 26, 2019, 1:59pm #16

We really should start discussing whistleblowers, plural, because the person who filed this complaint was doing so at the prompting of several other people

We should also start referring to this episode as a coordinated abuse of power involving several people morons over a period of months, instead of using the president’s preferred framing of a single “perfect,” “totally appropriate” phone call. If this was all occurring within the US, the FBI would RICO his ass.

right. how many other times have they done this. What did Trump talk about when he was alone with Putin for instance? hopefully we’ll all get the full picture one day.

The cover up is always worse than the crime

I think that’s the theory of Trump’s presidency, if you just admit to everything there can be no cover up. (Not theory as in thoughtful idea Trump has, because there are none of those, but theory like a scientific theory, a thing that explains)

Oh look, Nunes thinks the “leak” is the real problem, not the actual crime! He’s so adorable!

The cover up is always worse than the crime

Do not sweep burning stuff under the rug and hope for the best.