Every time I see that guy, all I can think is that, if you were doing a horror movie and needed to cast an evil Satanic cult leader, he’d be the absolutely perfect casting.

Every picture I see of this guy makes me think of vampires… seriously long k9s on this guy. 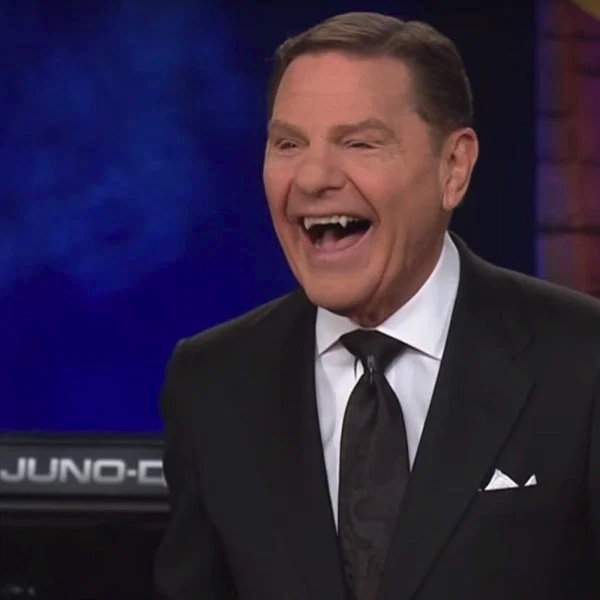 His sidekick (Ryan Stiles undercover?) was barely keeping it together.

Yeah he would fit right in on We Live In The Shadows. He’d be a money vampire, of course.

I don’t know. Could a vampire appear on daytime TV? Also, aren’t they supposed to have class?

Yes, Satan is a powerful foe. . . except you can apparently defeat him just by uttering some words from the Bible.

This Satan character allegedly liberates himself from The Pit, wrests sovereignty over all Creation from Almighty God, exists everywhere at the same time, yet crumbles before Kenneth?

This Satan character allegedly liberates himself from The Pit, wrests sovereignty over all Creation from Almighty God, exists everywhere at the same time, yet crumbles before Kenneth?

Actually that’s pretty much all wrong from the perspective of the Bible. But I think you’re dead right to suggest that the Devil might not be afraid of a shyster like this nong.

Nope. He’s getting in on the passenger side, and the guy who must be the driver is helping him do that, even.

In the fall of 1967, he enrolled in Oral Roberts University, where he soon became pilot and chauffeur to Oral Roberts. 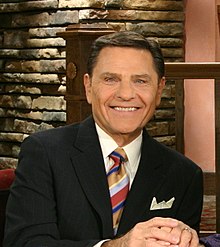 Kenneth Max Copeland (born December 6, 1936) is an American televangelist, and author associated with the Charismatic Movement. He runs the Kenneth Copeland Ministries (KCM) based in Tarrant County, Texas. KCM's motto is "Jesus is Lord" from Romans 10:9. He has been identified as preaching the prosperity gospel. As part of his evangelism, he calls for donations to his church, with the suggestion that parishioners will get a "hundredfold" return on their investment. He has stirred controversy...

Hmm, so that answers the question “Whatever became of those drapes behind the legendary John Daker?”

Knew I recognised them

Actually that’s pretty much all wrong from the perspective of the Bible.

What “perspective” of the bible? There are many authors, perspectives, liberties taken and contradictory statements made! 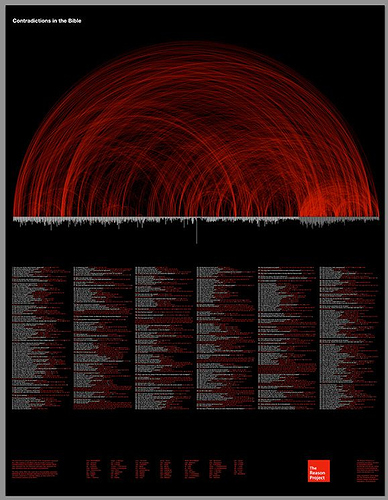 Anyway, I was paraphrasing “The Age of Reason” (these pages) so if you have issues with the biblical criticism take it up with Thomas Paine.

yet crumbles before Kenneth?

Copeland declared that he could blow the virus away with hot air last weekend, in a bizarre moment broadcast to his followers.

“COVID-19!” he shouted, before blowing a raspberry during a live sermon. “I blow the wind of God on you! You are destroyed forever and you will never be back!”

You have to do it just right, and Kenneth knows the special frequency.

What “perspective” of the bible? There are many authors, perspectives, liberties taken and contradictory statements made!

That’s a wider question. The examples you gave are quite specific and seem to be wrong. For example, I can’t think of anywhere where the Bible talks about Satan liberating himself – though there is one place where he is released. Perhaps Paine is thinking of Milton (you could that idea from Paradise Lost).
Thanks for the reference, though. I should read it.