Happens to the best of us. No worries.

Hans Christian Heg was an abolitionist who died trying to end slavery. What...

The statue of famed abolitionist Col. Hans Christian Heg was torn down and thrown into Madison's Lake Monona late Tuesday night. It had stood in front of the Capitol since 1925.

Sorry, benevolent statues. It’s hard to tell you apart from evil statues. Enjoy your time in the lake. Think of it like a well needed spa day after so many years of service.

But statues were hurt… /s

The city took him down before we had a chance to. 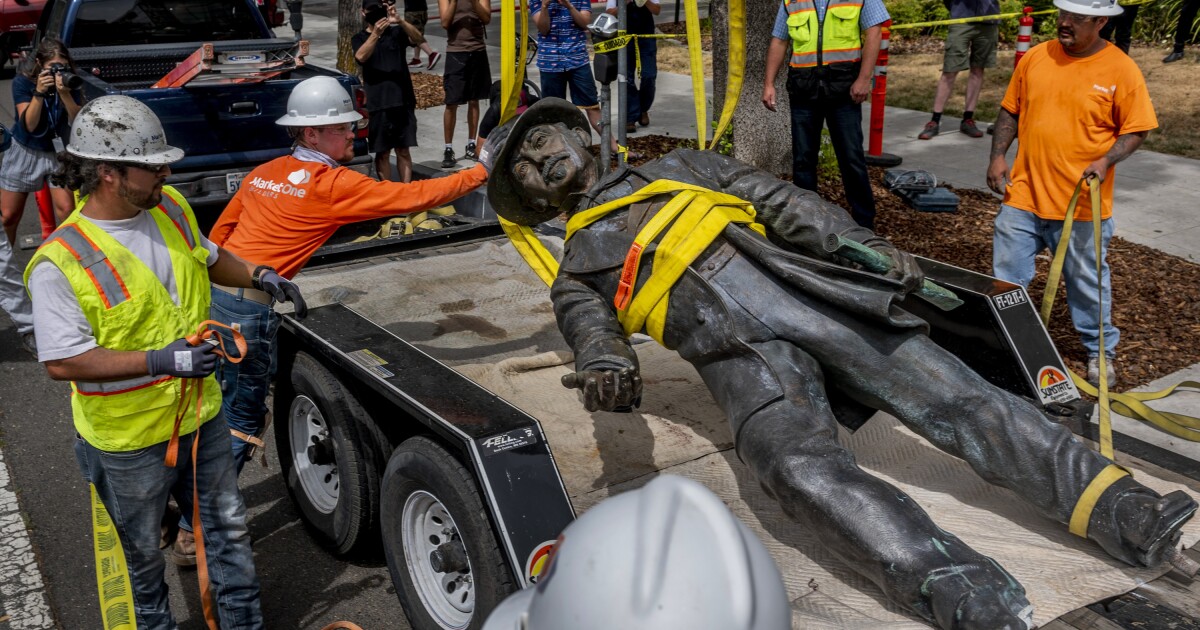 Statue of colonizer John Sutter removed after being defaced in Sacramento

Last week, as monuments were being removed across the globe — sometimes forcibly — the statue of John Sutter was vandalized with red paint.

Following years of controversy and reluctance, Princeton's trustees voted Friday to remove the former president's name from its public affairs school and a residential college.

In a week when the U.S. culture wars focused on actor Jussie Smollett's reportedly false claim of being the victim of a hate crime and on Donald Trump calling immigration at the U.S.-Mexico border a "national emergency," people also were on Twitter...

“ As Greenwald suggested, Wayne’s biography shows that Wayne was anything but a real-life war hero. Other critics argued Tuesday, as they have for decades, that Wayne was no model of physical courage or moral rectitude.

Wayne’s record included three marriages and affairs, apparently doing all he could to avoid military service in World War II, leading efforts to help U.S. Sen. Joseph McCarthy hunt down Communists in Hollywood and holding views about race that many say were retrograde in 1971.”

“ Speaking of Wayne’s World War II record, Wayne started the war with a 3-A deferment from the draft for family dependency because he was the sole provider for.a family of four, DenofGeek.com and film historian Karina Longworth explained in her “You Must Remember This” podcast. But those family deferments were later recalled. Wayne then qualified for a 2-A deferment because he was in Hollywood, engaged in making morale-building films that were believed to serve an important propaganda purpose, Longworth said.

There are conflicting accounts about whether Wayne made a serious attempt to join some branch of the military service. He appeared interested in a position in a unit of the Office of Strategic Services, where director John Ford was making documentary and reconnaissance films, according to Longworth. Ford had made Wayne a star by casting him in “Stagecoach” in 1939.

But it also appears that Wayne kept putting off joining the unit, saying he needed to finish up his next set of films, Longworth added. Ford continued to let Wayne know he was disappointed in his failure to serve, saying he was getting rich making movies while other men died, according to the PBS documentary American Masters.“

What to do about Stone Mountain: 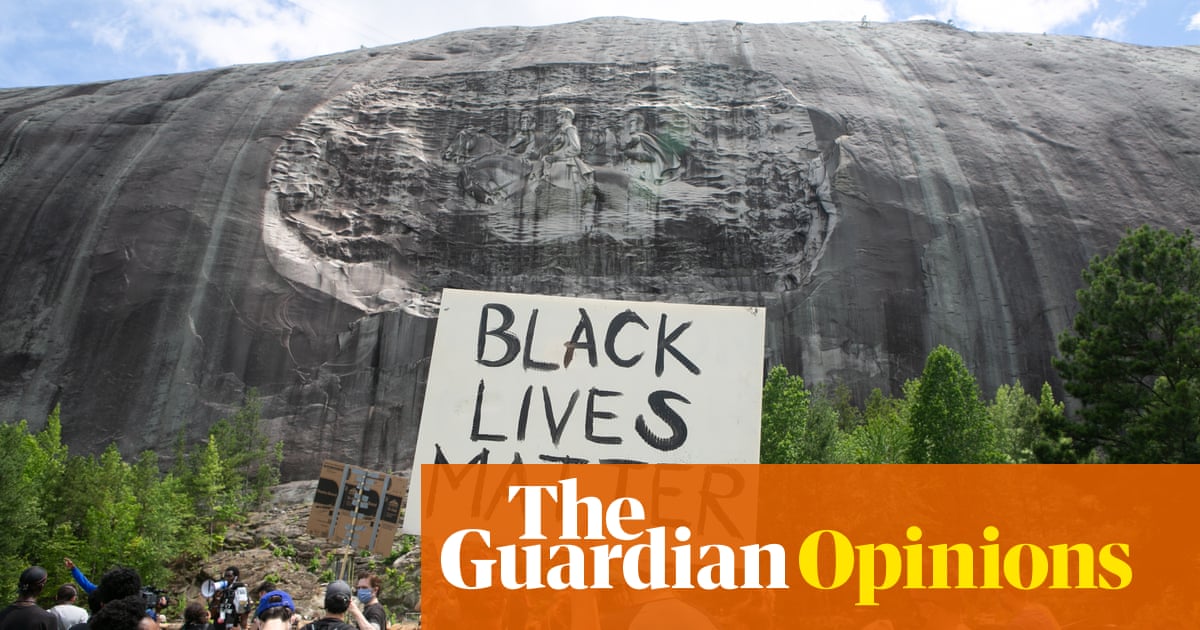 What we can do now about Stone Mountain's 150ft Confederate carving | Ryan...

The Black Lives Matter and anti-racism movements sparked a global reckoning over monuments to an imperial past. In one Berlin museum, many such statues and symbols are on display — in the aim of reconsidering history.

Still a lot of Vergangenheitsbewältigung to work on.

Opinion: Time for Africa to rid itself of racist colonial relics | DW |...

Anti-racism protests and the removal of colonial-era statues are signs of dealing with historical injustices. Africa must decide whether to retain names of colonial times or scrap them, writes DW’s Chrispin Mwakideu.

Richmond’s Stonewall Jackson statue appears to be getting removed

Mayor Levar Stoney told the Richmond City Council Wednesday that he wanted to remove the statue of the Confederate general immediately.

Germany Grapples With Its African Genocide

Tens of thousands of Namibians were killed in what historians call the 20th century’s first genocide, and Germany is finally close to recognizing it as such.

During German rule in Namibia, called South-West Africa back then, colonial officers studying eugenics developed ideas on racial purity, and their forces tried to exterminate two rebellious ethnic groups, the Herero and Nama, some of them in concentration camps.

PORTLAND, Ore. (AP) - A 120-year-old statue of an elk has been removed from downtown Portland after protesters lit a fire underneath it Wednesday night. The statue, which sits atop the David P. Thompson Fountain, has been the target of graffiti and...

Yeah, that was pretty fucking pointless and stupid as was vandalizing statues of Cervantes, Lincoln, and Grant.

Cat and Girl on the removed statues…

Protesters pulled down a statue of Christopher Columbus in Baltimore on the same day that President Donald Trump vowed to preserve the way of life that he said began when the Italian explorer reached the Americas.

Not set in stone: how India quietly relocated its colonial statues

As the statues are being targeted elsewhere in the world, India pre-empted angry confrontations by discreetly removing its colonial statues in the 1960s.

There’s so many things we weren’t taught growing up.

That just about the first thing he did was enslave the indigenous people and almost immediately afterwards - 1503? - transported enslaved Africans to Santo Domingo.

But we’re no longer children and have responsibility for our own education.

A Navaho friend just sent this picture of the former Detroit Columbus Statue.