Between his laugh and his scream, he might still have a career after he’s been reduced to old grandpa roles.

Ha, thanks Rob! Hilarious, sez I.

I would also be interested in using Howard Dean’s weird scream from 2004.

And can we pls also try it with this?

Lack of Kate Capshaw from Temple of Doom makes this video not worth it.

I too, am sorely lacking in Keanu Reeves’ angst and despair when he failed to aprehend Patrick Swayze in the footchase of Point Break.

Ever so slightly improves Man of Steel. Low bar, but still.

Ever so slightly improves Man of Steel.

Speaking of incompetent & misguided attempts to recreate the success of the Marvel franchise, apparently the Tom Cruise Mummy movie was intended as the first installment in a new shared universe that will bring together rebooted versions of all the classic Universal horror movies including Frankenstein, Dracula, The Wolfman and Creature from the Black Lagoon.

I don’t get the impression that Universal’s attempt is going any better than DC’s so far.

I don’t get the impression that Universal’s attempt is going any better than DC’s so far.

I believe Universal have already given it up, or at least put it on hold (indefinitely), thanks to the poor performance of The Mummy. (The people spearheading the whole endeavor have moved on to other projects, elsewhere.) They should really have learned from their previous couple attempts to get this franchise started - they’d do a movie that was supposed to kick the whole thing off, it would do badly and then they’d say, “Oh no, not that one, that one didn’t count.” I thought they were asking for trouble when they started The Mummy off with the “Dark Universe” logo, and wondered if they’d ever get to use it again. Likely not, it seems. I was quite amused, watching The Mummy, at how transparently they were saying, “We’re setting up a superhero franchise where… wait for it!.. the superheroes are monsters!” I don’t know what they’re going to do with the other celebrity monster movies they had announced but not yet filmed… I’m guessing at least a couple payouts for movies that won’t be made. At least Guillermo del Toro gave us a Creature from the Black Lagoon movie that Universal would never be competent enough to make.

thanks to the poor performance of The Mummy.

Funny thing; I streamed it with my kid just for kicks, and it wasn’t terrible - I think if it had starred someone other than Tom Cruise, it might have done better, but alas…

And yes, it was very obvious they were trying to jump-start a franchise; which makes me rather glad that it didn’t do well at the box office.

Yeah, without Cruise and without the shoehorned franchise flags (“Here’s Mr. Hyde - he has nothing to do with this movie, but

!”), it could have been a decent, Hammer Horror kind of film.

Dare I say, Rob, that you have identified the “Wilhelm Scream” of the new millennium. 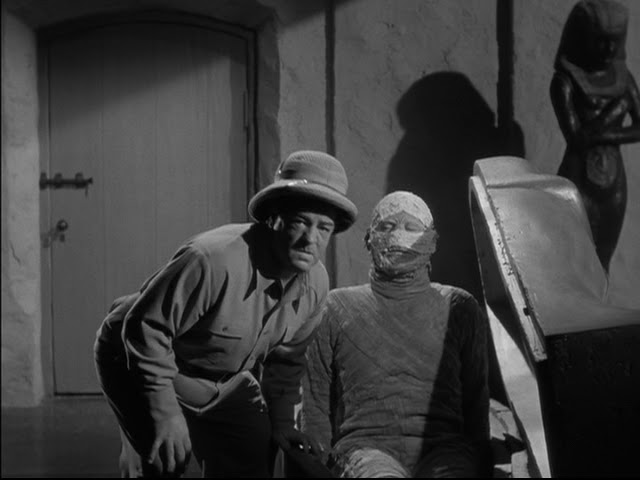 I laughed heartily at the honest trailer.

Yeah, so accurate it almost wasn’t even funny. They covered it all pretty well - except the criminal misuse of Sofia Boutella and sidelining of the titular character because Tom Cruise wanted his character to get more attention…

Don’t even get me started; his ego is an obvious taint on what could have been a decent movie.