Nobody’s going to pay good money for plots on the sun… without the water rights. Mwahahaha!!! ~twiddles tiny mustache~ 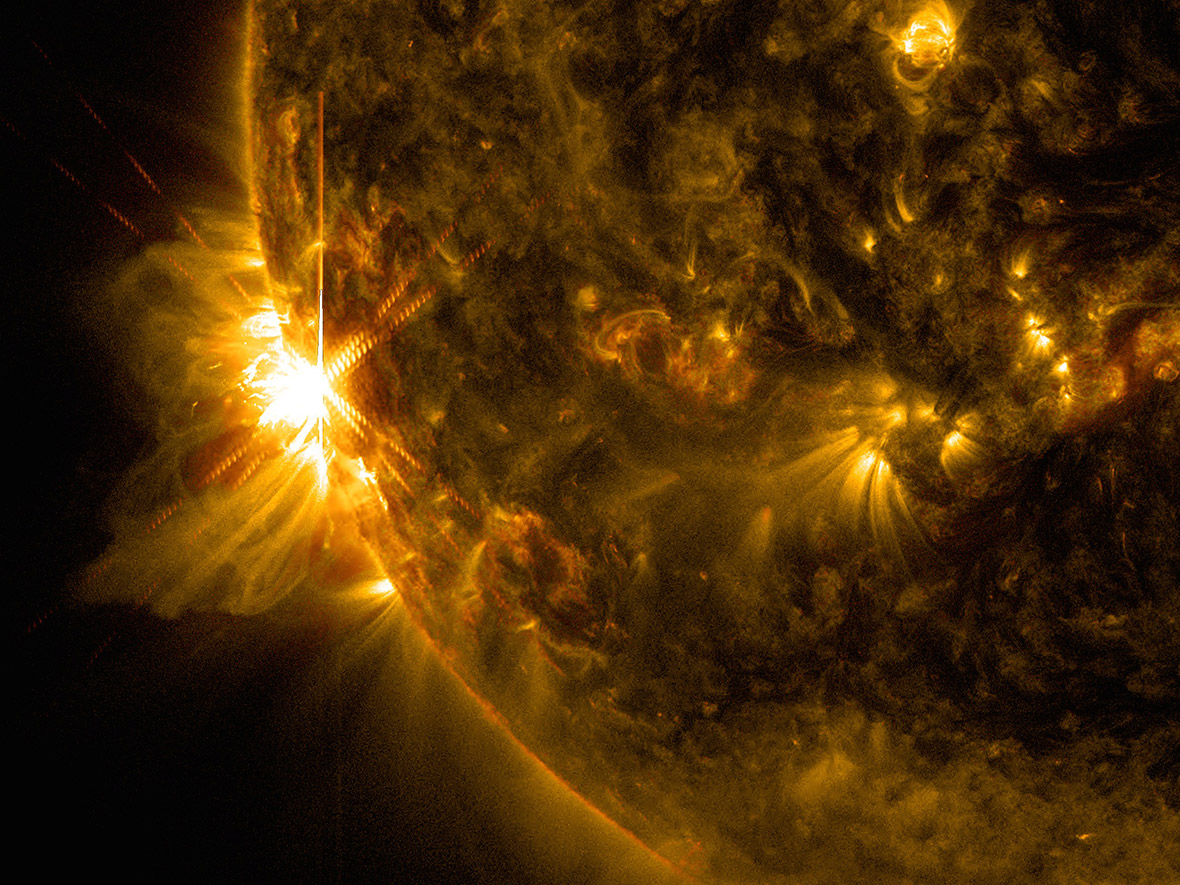 A woman who says she owns the sun can bring eBay to court for preventing her selling plots of land on its site.

They linked to a local source: 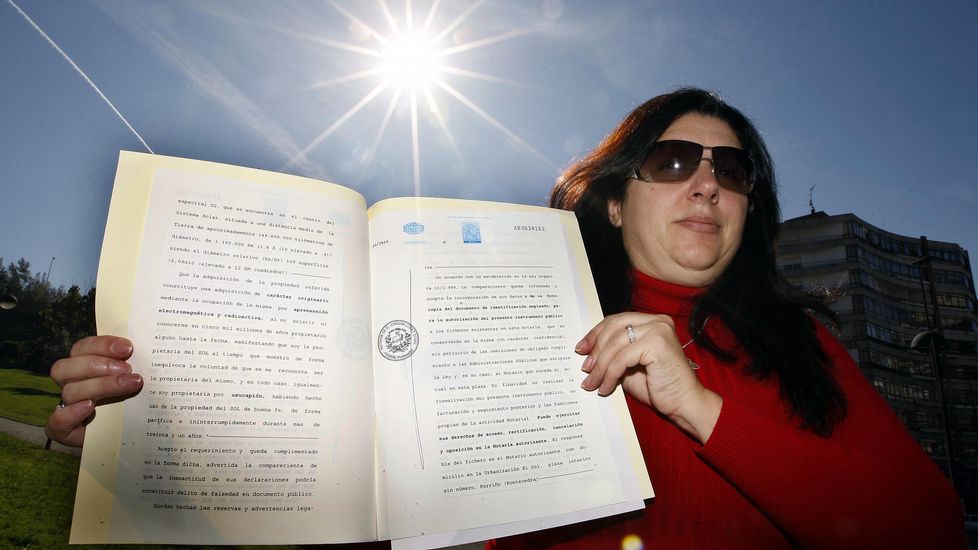 So this is not a work of fiction.

Meh. . . Napoleon sold Louisiana to Thomas Jefferson. He had about the same right to do so as this lady has to sell the sun, I figure.

I cant begin to point the raw insanity of the original article. Its… just woah.

If she owns the sun, can we then sue her for any damage the sun inflicts on our bodies and property?

The whole issue of ‘right’ is kind of a mess when it comes to land ownership(some plots were bloodily appropriated recently and dramatically enough that we can identify reasons to feel uneasy about that; most of the rest just have dirt we can’t document); but Napoleon had the major advantage, over this lady, of at least having a ‘pragmatically speaking, I own it because my guys with guns are standing on it’ claim to sell to Thomas Jefferson.

Such claims are ethically ugly; but they have the virtue of not being wholly disconnnected from reality, unlike pretty much any claim (remotely within our tech level) concerning a lethally hot, substantially distant, body that doesn’t even have a clear ‘surface’.

Of course we can. I had a sunburn, I think I’m gonna sue her.

Well, there’s already a storied history of people selling plots of land on the Moon. (No, really.)

I hereby claim orbital rights on the entire ecliptic. She, and all the rest of you will be hearing from my space-lawyers shortly.

Why did ebay put a stop to it anyway? No skin off their nose and they get a cut of the action.

You can get a fake degree on ebay, but not a certificate saying you own part of the sun?

I once sold a used teabag and the 1/4 cup of tea that remained in the bottom of the cup (cup not included!!) on ebay. Can’t remember exactly how much I got for it but it was around $4 + S&H. I put the bag & remaining tea in a zioploc bag and then another ziploc bag and mailed it to the very satisfied customer. That was a long time ago though, I’d expect at least $6 these days.

Meh. . . Napoleon sold Louisiana to Thomas Jefferson. He had about the same right to do so as this lady has to sell the sun, I figure.

Like @fuzzyfungus alludes property ownership has always been less about “who has the best moral claim to this land” than “is there someone willing and able to defend this claim, with force if need be?”

The reason a government-issued deed carries some weight is that said government is basically saying they’ll defend an individual’s claim from others, whether foreign (border patrol/military) or domestic (state & local police). The value of the deed is commensurate with the capability and trustworthiness of the governing body which issued it. So when Napoleon sold Louisiana to Jefferson he was basically striking a deal which said “go ahead and let your folks do what they will there, my soldiers aren’t gonna stand in their way.”

By contrast the hucksters who sell stars or lunar real estate don’t have any defensible claim on that “property” because they literally have no means of defending it.

Sure, but I’m fine with their inability to defend a claim on a property in the presence of a complete inability to exploit said property.

I guess they could sell it again, that’d be exploitation. Could have a big ol grey market made up of things we can’t have… oh wait, we do that in video games.

It’s not as though this is a good thing ethically(indeed, very, very, very, much the contrary); but the sorts of sharp…discontinuities…in ownership that accompany something like the European colonization of the Americas do make for much clearer examples for thinking about ‘legitimate ownership’ of property.

In places with a reasonable degree of institutional continuity, any given piece of property has usually changed hands without excessive force or fraud enough times that it’s sort of hard to say anything against the current owner; but it’s not as though that property was created in 4000BC with an owner neatly attached to it; nor is it likely to be the case that a given society’s concepts of ownership are so just that a given property’s history isn’t littered with 2nd-nth sons, daughters, whoever the local economic underclass is, and so on who’ve been quietly squelched to keep the current plot intact(sometimes this is just a matter of custom, sometimes ‘entail and primogeniture’ are specifically made law).

By contrast; “Yeah, it’s ours because we massacred or dominated anyone the smallpox didn’t get; also, um, divine right or something.” is a rather barbaric claim; but pleasantly short on obfuscation and formal nicety. It also takes any questionably just practices that the slaughtered inhabitants may have indulged in in terms of property ownership, transfer, and massacre of prior owners out of the equation.

“Ownership” is such a convenient concept(and it needn’t necessarily be individual, the assorted ‘commons’ attached to feudal villages, the customary territories of hunter gatherer groups, and other such arrangements are flavors of ownership as well) that it’s hard to imagine disposing of it; but there’s a reason why we tend to politely ignore the past, give presumptive legitimacy to whoever owns it now, and confine our concerns mostly to ensuring that future transfers don’t involve too much violence.

She’d like to bill me for the use of sunlight? That sounds like a utility to me; I think it’s only fair that I cancel my relationship with her corporation.

I will not send her any money; if she has a problem with that, she can cut off the sunlight to my location for non-payment.

As for selling off the sun’s surface, what I want to know is, how does she intend to delineate the different land claims? The sun is a big ball of spinning plasma. The atoms that make up the land in any given square metre of the Earth’s crust are generally the same atoms that have been there for the past hundred million years by which I mean the atoms from that square metre on the surface in a straight column down through the crust until you hit the mantle). On the Sun, no matter how you choose the surface area, any two atoms that are next to each other may be a hundred kilometres apart in a day.

I can understand how you’d measure latitude; the sun spins, and has a magnetic field, so either of those could serve as a starting point for determining latitude. How does she intend to measure longitude? Where does she put the Prime Meridian? I mean, she could put it so that it is the Meridian that is always facing the Earth, but then you’d own a different bit of Sun every few seconds (not that there’d be any means of selection that would avoid that).

Now I’m actually curious how she intends to solve that.

Why would it need solving? If you have money in a bank account they don’t keep track of the serial numbers and allow you to withdraw the exact same bills you deposited (safe deposit boxes aside.) Since the Sun’s surface is in constant flux, the value of any particular square meter should be fungibly identical to that of any other.

Otherwise — Say your scheme is to bill the planet Earth for the energy that falls on it from your plot of Sun. If your m² is static and happens to be located on a part of the Sun that only faces Earth at night, you’d be very unfairly out of luck.