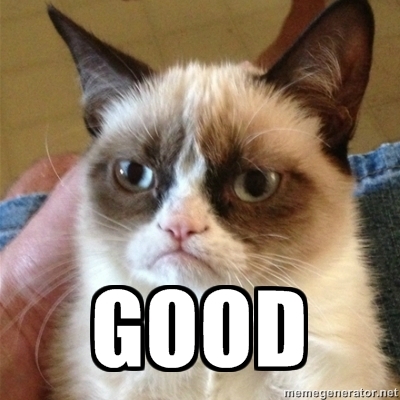 Now if only the good people of Alabama can lean what they didn’t learn the first time when he was suspended from his post the first time and not re-elect this example of judicial constructionism.

He’s too old to run again.

What happens if Moore fails to regain his job?

Moore’s term is to end in January 2019, but because of his age, 69, he cannot run for a judicial office again. Judges in Alabama can’t run for election or re-election once they reach 70.

While he can’t run again for a judicial spot, if he is not reinstated Moore could consider running for a non-judicial job, including another run for the job of Alabama’s next governor in the 2018 election. Moore ran unsuccessfully in 2006 and 2010 to become the Republican nominee for governor.

A poll of 600 likely Republican primary voters in July by the Alabama Forestry Association, a conservative-leaning group, showed Moore at the top of a list of 2018 gubernatorial candidates. 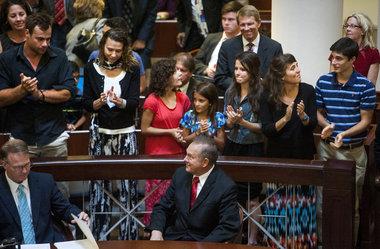 What's next for suspended Chief Justice Roy Moore and the Alabama Supreme Court?

The COJ found him guilty of all six charges of violation of the canons of judicial ethics brought by the Alabama Judicial Inquiry Commission (JIC).

Good for him. It’s nice to see that even after all these years, he’s still committed to making life worse for people.

There is a God. And She doesn’t like Roy Moore.

There’s a bumper sticker ready for his gubernatorial bid. Are there any Alabamians here who get the reference?

2-rm_sticker Bumper Sticker Vote Roy Moore - Or The Devil Will Get You! by... 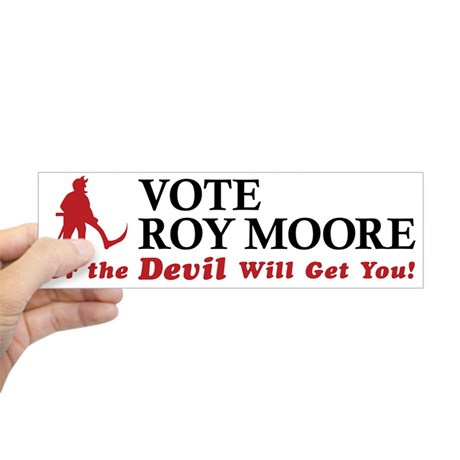 Another “Strict Constructionist” who conveniently forgets about the Supremacy Clause.

No one yet? This billboard is a landmark on I-65 between Birmingham and Montgomery. 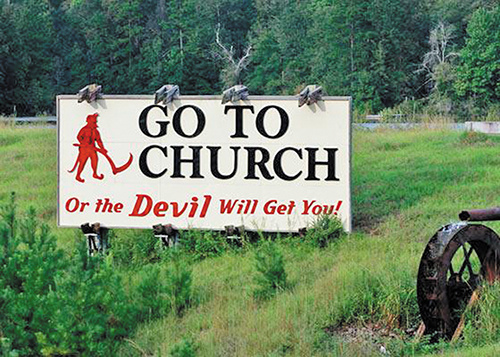 To be fair, the owner once covered that sign with an ad for Democratic gubernatorial candidate Lucy Baxley, and that during a year when Roy Moore also ran.

Don’t you mean: Go AWAY, Bamma!

Yeah, let’s see how long that lasts. It’s not like this is his first time kicked off the bench for being a shit judge and a shit person.

He’ll be scrambling up onto the bench in no time.

I wish I’d jumped in earlier because my spouse and I have been to Dauphin Island several times and that sign always makes me laugh. I love its lack of specificity.

Go to church….which one doesn’t matter.

How about the Church of Satan? Why postpone the inevitable?

All he has to do with wave the Jebus flag and say he’ll stop the “GAYZ and Mooslims” from getting married/settling in the state and the hordes will vote him back in.

I think this quote sums up the people of the state:

“You’ve got to remember that these are just simple farmers. These are people of the land. The common clay of the new West. You know… morons”

I’d rather be a Ranter. Take drugs, have as much gay sex as you want and don’t wear any clothes, because Jesus has already saved you.

The Ranters were one of a number of nonconformist dissenting groups that emerged around the time of the English Commonwealth (1649–1660). They were largely common people, and there is plenty of evidence that the movement was widespread throughout England, though they were not organised and had no leader.[citation needed] Ranters were regarded as heretical by the established Church and seem to have been regarded by the government as a threat to social order. They denied the authority of churches, ...

Didn’t Neal Stephenson write about them in Quicksilver?