Let’s not rush to judgment–can any Photoshop users confirm whether there are, in fact, race-baiting filters one can increase and decrease in the program? Like, say you start with a regular picture of Ossoff, if you turn the filter down to 0%, it becomes a picture of Bobby Kennedy playing croquet on a sailboat, but if you turn it up to 100%, it’s a picture of Woody Allen covered with tiny George Soros and copies of the Protocols. I’m not good with computers, so maybe this is how it works and some intern pushed the wrong macro?

Part of the reason that anti-Semitism is called “the socialism of fools” is because of lazy hatemongers like this who think that – after centuries of this nonsense – they’ll be the ones to slip it by without notice or consequences.

In Tom Cotton’s usage this is “fake news”. That doesn’t mean that it is untrue but rather that it is not news to say that a republican is racist and anti-Semitic.

I can’t believe this is how the US will be razed.

Not asteroid. Not space aliens nor Cthulhu.

Can we just replace “Republican Senator” with “Fascist Gentleman” from now on?

i use photoshop, can confirm that is how filters work.

I’m on the fence about purposeful digital manipulation (the lines clear across the image are pushed left – check the line of the shadow on his cheek), but I’m most definitely positive that an apology is in order.
You fuck up, intentionally or not, then that requires an apology because people were affected.

I agree, looks more like bad photoshop. And as a Jew, that Is definitely not a stereotype “Jew nose“ - think more Serge Gainsbourg, not something a tad more pointy.

Agree for an apology, but I think after the apology the senator nose will grow longer and longer… 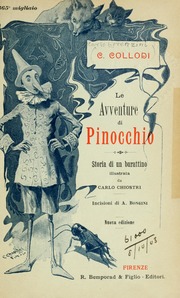 Should we tell them about “Idiocracy”?

Exactly! It’s a terrible `shop! I mean, if you are going to enhance some racist stereotype features, why not at least do a good job?

Maybe it was the ‘be more racist’ filter?

Yeah, I think you find it under Filters -> Goebbels -> Propagandize

I call bullshit. I used Photo shop fairly often, including a lot of work where I am COBing people’s faces. There is no reason why the rest of the face is fine, and the nose is larger unless one does it intentionally.

No. The preferred term is “Lying Scumbag Fascist Asshole”.

We did Nazi that coming, amirite?

but the rest of the face isn’t fine. the pixels pushed left do so horizontally across the whole face. I work with video filters and this is clearly a “CRT TV tracking is off” filter and a still frame was pulled from it. It doesn’t even enlarge the nose in any stereotypically Jewish way. So my vote is that it’s an innocent mistake.

Maybe it’s a Streisand effect…it was a mistake, but we’re fine with that, and like the publicity as the people who care won’t be voting for us anyway.