Review: Crio Bru brewable roasted cacao, for drinking instead of (or with!) coffee

Great review! Sounds like an interesting alternative that I will have to try.

Holy moly. I knew our dollar was week but that’s an incredible difference… how discouraging.

Check out choffy.com looks like they have reasonable prices. Don’t know how much more shipping to Canada is.

i’ve been off coffee for almost a year now (10 months? i forget). i was sitting at a cafe a few days ago and a guy started making folgers in a mr. coffee right next to me. i almost cried it smelled so good.

perhaps i will give this a try. i like tea a lot, but there is something to be said for bitter, acidic, slightly caffeinated hot drinks. cream and sugar can wait for muh cake making.

I wonder how this would be in an Aeropress. Too short a brewing time?

I’m having a hard time picturing the flavor of this stuff.

I’m also wondering if cacao nibs in a grinder would do the same thing. $24/lb is pricey.

I have a couple kinds of brewable cocoa in my cabinets right now (as well as a few other oddities, like chicory).

Crio Bru is the more brewable of the two cocoas (the other is more general purpose). Noticeably less caffeinated than regular coffee, feels almost like decaf.

Sure is tasty though. But alas I never reached the euphoric state of tasty bliss described by Mr. Doctorow in his posts on the topic.

I probably will not buy more after I get through my supply. A worthwhile investigation, but it fell short of becoming a staple.

Having tried cacao nibs in a grinder, they are much more oily than coffee, and so clumps, sticks and works its way into every little crack in the grinder.

It’s pretty harmless, in that it just makes other coffee grounds a bit more chocolately (mostly a bonus for me, but I am not a purist).

But, per previous comment, the chocolately flavor was great, but I never got it coffee-like enough for my satisfaction. I like a good strong black coffee, so that may be part of it. (Not necessarily high caffeine, just strong flavor)

Anyone tried other brands?

I googled and found this remark here:

“If you search for Choffy on Amazon you will find “Crio Bru”, which I
suggest you avoid and don’t waste your money. CHOFFY is 100% the real
deal when it comes to brewed chocolate! There is no substitute!
I’ve tried all their different varieties and NONE of them even comes
close to the richness of Choffy. Crio Bru is bland and lacks flavor and
richness. I even experimented making both the exact same way, Choffy
wins out in every way. Don’t waste your money on Crio Bru, and buy the
real thing at DrinkChoffy.com!”

I loved a line in Luna: new moon by Ian McDonald where someone was brewing coffee on the moon (where it is incredibly rare) and a second generation Lunar citizen says they tasted coffee but couldn’t really get it, it just didn’t taste as good as it smelt. His Brazilian born mother replies “if it tasted like it smelt nobody would do anything else”.

(roughly, from memory, but you get the point!)

In this case, however, you can order from http://www.criobru.ca/ for a lot less. They do list the Cavala cocoa at a price closer to the .com price.

Xeni, I hope it’s not too rich in theobromine.

As it turns out, that is the toxic ingredient that sometimes kills dogs and cats. You’re right, you should always be very cautious about taking the truth of any chocolate labels (and ad copy) for granted.

That is only a problem if Xeni is secretly a dog or a cat. Humans handle theobromine just fine.

Crio Bru actually brags about the high levels of theobromine in their cacao nibs, and trumpets them as a healthy, energy-giving caffeine alternative.

That is only a problem if Xeni is secretly a dog or a cat…or a coyote.

Doctor-promoted cigarette ads of the fifties, heroin given to teething infants in the 19th century, shark cartilage, Ma huang…

The list is long. We tolerate theobromine well, as a whole, though some folks might have adverse reactions to it.

you do know that antioxidants are at best snake oil, and recent animal studies show that they can in fact exacerbate cancer, right? 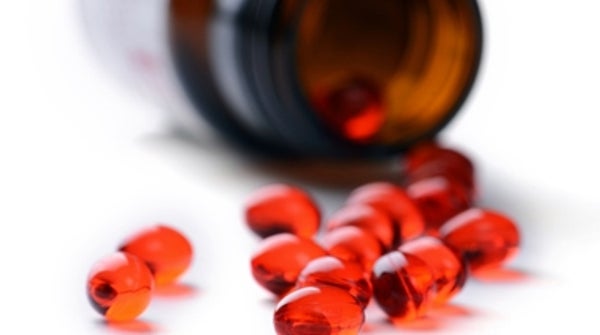 That is only a problem if Xeni is secretly a dog or a cat.

If this were true in general about the main BB contributors, that would explain nearly everything about this forum.

Holy moly. I knew our dollar was week but that’s an incredible difference… how discouraging.[/quote]

The reason is that “Global Depot–Ship from USA”, the seller on the Amazon.ca Marketplace, almost certainly doesn’t have any of the products they’re claiming to be selling. Most likely what they’ve done is set up a script that trawls through Amazon.com and creates grossly inflated listings on Amazon.ca for any product that doesn’t already exist on the latter. Then, if someone is actually stupid enough to buy it via Amazon.ca, they go and buy it from Amazon.com and ship it off to the final destination, pocketing the rather considerable difference in list prices.

Since Amazon doesn’t charge to list items for sale, only when they sell, and Amazon.ca’s selection of items available direct from them is (to put it mildly) shit, it’s a fairly low cost, low effort way to make money off of suckers. At least, that’s the best explanation I can come up with for why they’re charging $31 for a box of tea that I can purchase down the street for $5.

And, like the Amazon Marketplace booksellers who automatically list every ISBN they can find as “In stock” including books that were assigned ISBNs but never published, I expect that there will have been a “computer inventory error” or something similar if an item gets ordered that they can’t find for cheap on Amazon.com.

TL;DR: Amazon.ca Marketplace is largely a ripoff, and Amazon doesn’t care as long as it makes them money.