Review: Pimping my Char-Broil TRU-Infrared grill with a rotisserie robot, and all the fixins

Awesome! We all (well, us mutants here) have strong opinions on cooking tools and I’m glad you’re rockin this. Care to send some chicken my way?

A couple things you might like: take a lemon, kinda roll it around and bruise/crush it. Poke a bunch of holes, and stuff the chicken with said lemon. The fragrance is divine.

Second, try not basting, and set up a small fan to continually dry the bird. You can get skin as crispy as glass.

I absolutely adore rotisserie chicken. On grills I’ve used a clockwork chain rotisserie in the past but never an electric one. Neat stuff.

After looking at it, I wondered if there were heat powered rotisserie available. A quick search turned up nothing steam or hot air. Anyone know why that is? At first blush it seems doable.

I do rotisserie chicken on my grill and it’s a great way to get a delicious roast chicken without heating up the whole house in the summer time. I’d like to start roasting more on the rotisserie, such as lamb, but I’ve never tried it… anyone have some good recipes?

About that grill cover though; I think that’s similar to one I had, and I found that it rips very easily. Better to invest in something sturdier - I recommend the Broil King, which although twice the price, will likely last much longer.

I’ve been using my ‘cheap’ counter top oven with rotisserie for chicken. It’s FANTASTIC. It only uses the broiler for this…which means that all the fat and other good stuff continually bastes the chicken as it rotates…versus the BBQ method where the good stuff just drips off due to heating from the bottom. BOTH end up equally as good and ■■■■■ since the BBQ method takes less time. It’s a good alternative for those who cannot have a BBQ. And it doesn’t heat the inside up near as much as a conventional oven!

okay, this is Hestons Pekin Duck episode, but a lot of techniques can transfer. His roast chicken episode is also quite fantastic.

His techniques for getting really crispy skin, which he learns from other chefs tbh, make you think

Agreed, the best part about this grill (which I use with the author!) is how it allows you to do big smoky or hot things in the heat of summer and not totally turn your apartment/house into a stinky sauna.

You know what goes great with rotisserie chicken in the summer (or any time, really)? Aji sauce; lettuce, cilantro, jalapeño and a few other things blended in to a nice thick sauce… Mmm! Might make that tonight myself! 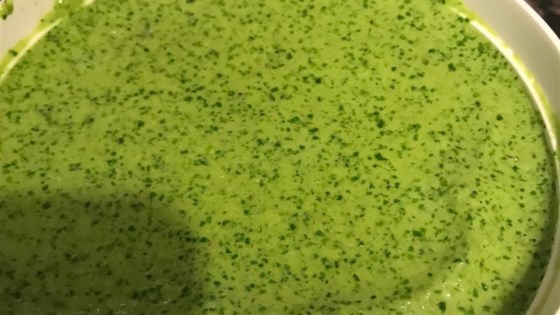 Add a little zing to any ordinary meal with this quick Peruvian-inspired green sauce made of lettuce leaves, cilantro, and jalapeno peppers. It's a nice condiment to keep on hand in the refrigerator.

When that cover starts to fall apart, R, and you want to replace it, get a black cover, which will resist UV light better.

Also, what about a smoker box?

If you jam the rotisserie rod through the middle of the lemon when the lemon’s inside the chicken’s body cavity, it has the secondary effect of giving the bird a lot more stability as it spins around.

I don’t do chickens anymore - the quality of the whole chickens available at my costco plummeted, they would frequently still have feathers and still have a lot of blood in them. I think all the good ones were going to their in-house roasting.

I do, however, sometimes do duck. I’m not sure how duck would work on the infrared grill, though. My rotisserie burner is on the back of the grill, not the bottom. At the bottom I put a catch pan, because ducks are really, really fatty. I would worry that a bottom-mounted burner would turn into a duck-fueled towering inferno.

I would worry that a bottom-mounted burner would turn into a duck-fueled towering inferno.

I had something similar with a brisket. It was… Awe inspiring.

Lemon roasted chicken is my ‘death row’ meal. Lightly brined, then dried, with lemon and kosher salt. So. Damn. Good.

Good ol’ Chicken With A Lemon Up Its Butt.
Always tasty.

So a trick with BBQ storage I found works well is grab a couple of rare earth magnets out of an old hard drive and whack them behind the side of the side shelf. Then you can just stick metal tools directly to the side and they stay. Don’t forget to wash the side though otherwise Ewww.

Is this a good time to point out that down here in Australia, the average number of BBQs per house was recently surveyed to be approximately 2.5 per house? I thought it was bumpkiss until I realised y house currently had 4. (Current stand up BBQ, Large Kettle BBQ, Camping Kettle BBQ and an old “Half 44 Gallon Drum” job that came with the house.)

Smoker boxes on propane grills tend not to work particularly well. Particularly the integrated one that end up mounted all the way to one side with their lids flush with the grills. The interior of those things just isn’t designed for good air/smoke flow and keeping that sort of thing contained. I usually find it better on our Weber propane grill to just do the foil packet on the center burner thing. But there are some after market smoke boxes that sit under the grates and over whichever burner you’d like that I hear good things about. I’ve also had more luck smoking with herbs and tea than with wood chips. So I tend to keep wood smoking to the kettle.

I agree - I tried a smoker box and found it had little effect. On a propane grill the only smoking I do is with a cedar plank (fish, esp. salmon). For that smoky flavor I bought a real smoker and though it’s a little more work, it’s worth it.

After looking at it, I wondered if there were heat powered rotisserie available. A quick search turned up nothing steam or hot air.

I found a steam powered one:

Surely a basic DIY version could be made using this principle though? 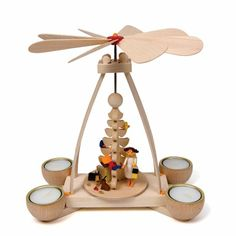 It that rotisserie counts as a robot, then I’m a cyborg, what with my car and my cigarettes to mediate brain chemistry, and booze to alter the chemistry, and my desktop PC, and antacids, and refined sugar, and glasses, and earplugs.

For duck, definitely use the back burner not the bottom ones. You can put a catch pan under them on the grill surface, such as an old cookie pan or strategically folded aluminum foil to catch drippings and fat. You don’t really want that coating your entire grill, for next time you try to use it.

For stability with my rotisserie, I jam two chickens together, legs-to-legs interweaving, then put the tines into them TIGHTLY and screw everything down. That way it stays as a unit. I also fold their wings back upon themselves so that they don’t flop. I don’t worry about the legs flopping too much, because as they cook they stiffen and become a non-issue.

For spices, and I’m going to just begin every paragraph with “for” from now on, whether it makes sense or not. For spices, I get the birds all set up on the spit, turn it on and sprinkle as they turn. Saves hassle and extra hand washing and mess. Any excess goes into the catch pan on the grill top.

For another trick: use aerosol olive oil. Spray the turning birds lightly once with it. Then apply spices, then spray again to seal everything onto the surface. I don’t like the propylene glycol aerosols. I prefer the “pure” varieties under pressure, which you can find. Or the hand-pump variety, although those pumps tend to spit. Get it? Spit?

For. Because I said I would. You really ought to consider getting a smoker. We do not always want smoked meat. But we often do. And when it is time to smoke meat, we need a handy way of doing it. I bought a masterbuilt electric smoker earlier this summer. This thing is awesome. Since it’s electric, it makes an extremely steady heat. All I have to do is feed it wood chips, through its little port in the side. I balked at first: what? Not using full sticks of wood? Well, I just cut 4 inch chunks with my miter saw, and then, carefully, chop them down with a small hatchet into little 4" strips. Pull out the chip port plug thingy, slide a few in, put the plug back and keep on smoking.

Fore. Four. 4. I have made tons of pulled pork and beef and chicken and am about to do up some salmon. I’ve smoked on hickory, mesquite, apple, maple, alder, etc. All are good, but mesquite is my favorite.

For pulled pork, get a big shoulder cheap at the store. Wait for it to go on sale for under $1 a pound. Get a big one. Rinse it in the sink. Squirt it all over with regular crappy old french’s yellow mustard and rub that in. Give the spices something to stick to. Then absolutely cake your spice rub on it. It should be “encrusted” not lightly spiced like I described for the rotisserie chicken. A pork shoulder should be encrusted completely and look like a lump of dried vegetation. Then put it in the smoker at 225F EARLY IN THE MORNING. This thing will take at least 10 hours. More like 12 to 14. Use an always-on digital thermometer shoved into the center of it.

Phore. When the internal temperature reaches about 150F and you have been feeding your smoker wood every 1/2 hour or so for at least 4 to 6 hours, then it’s time to use the Texas crutch. The crutch is wrapping the meat in foil. It has smoked. It does not need more smoke at this point. It needs to COOK. Slowly. But faster than slow. Faster than slow because you want to eat it TODAY not tomorrow. So you wrap it in foil after it’s smoked for many hours, but well before it’s done, to get the heat to penetrate into the interior. Some people pour apple juice or a little water into the foil package to cause it to be moister. Whatever. You don’t have to. But you don’t want to start out with foil, or it won’t be smoked meat. And you also need to lightly unwrap it for about 15 minutes before it’s truly done, to let the crust get a little crunchy again. When you use the Texas crutch, you’ll cut hours off your smoke time. For a great big pork shoulder, you could save yourself 3 hours.

For pulled pork, it must be slow-cooked to an internal temperature of more than 200F. I go for 204. Each of those last degrees is awful. That’s because so much moisture is being exuded just before the boiling point from that meat and this has a cooling effect. PLUS, you probably unwrapped it a bit too soon, to crunch up the crust, and so that has a dampening effect. It can be touchy. But smoking meat is so awesome. Some of the best damn meat I’ve ever had. And rotisserie. And also, bbq’ing the turkey for Thanksgiving. And making beer can chicken over mesquite in an open fire pit. I’ll save those two awesome stories FOR another day.

Formica can be an ideal prep surface.