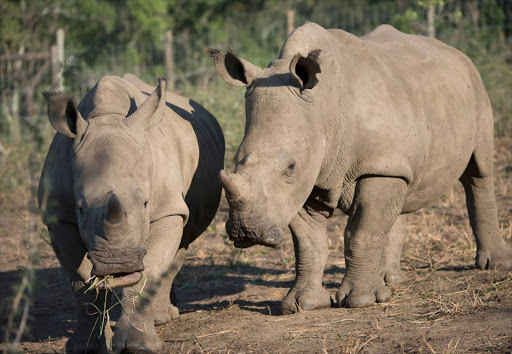 South Africa is losing three rhinos a day to poachers‚ despite law enforcement in the Kruger National Park reducing the losses there. This is according to the rhino poaching statistics released by the Department of Environmental Affairs on...

South Africa is losing three rhinos a day to poachers‚ despite law enforcement in the Kruger National Park reducing the losses there.

This is according to the rhino poaching statistics released by the Department of Environmental Affairs on Monday. 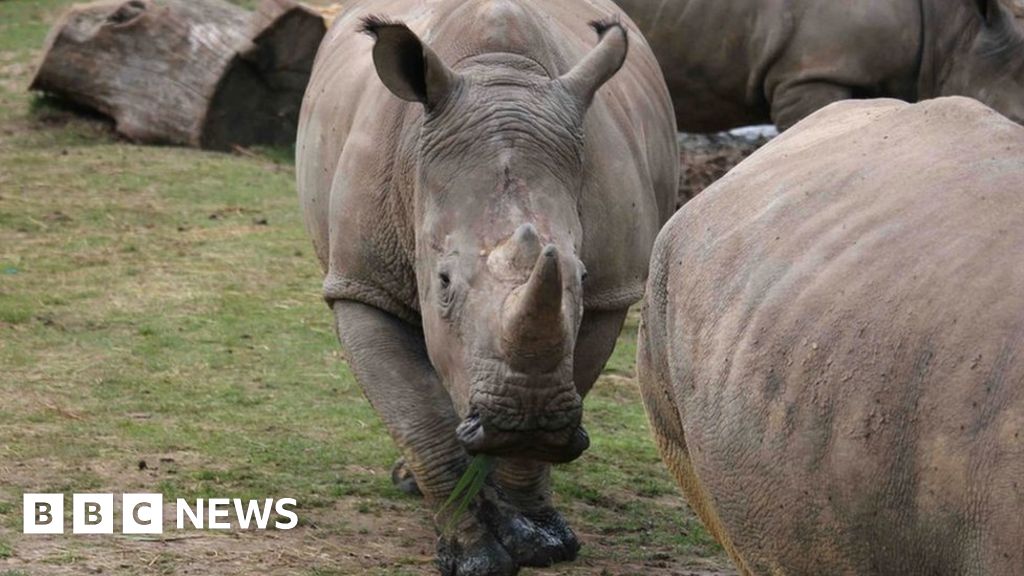 It is believed to be the first time poachers have targeted a rhino living in a European zoo.

The relative safety of a zoo wasn’t enough to save Vince the rhino from ivory-seeking poachers.Vince, a rare white rhinoceros who lived at a zoo west of Paris since 2015, was found shot to de…

They are not going to find ivory there.

Because they already did?

Rhinos do not produce ivory.

“Black market rhino horn sells for up to $60,000 per kilo—more than gold or cocaine—with most demand from China and Vietnam where it is coveted as a traditional medicine and aphrodisiac.” 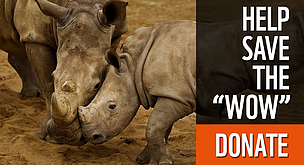 I know it’s a controversial suggestion, but I think history shows that any time we’ve ever talked about contraband and conservation, regulation always works better than prohibition.

I think we should lift the ivory ban, allow these African countries to sell off their stockpiles confiscated from poachers, and sink that money into more park rangers and stiffer penalties for poaching. Issue extremely rare, exorbitantly priced hunting permits- Say three or four a year, and again, put that money into protecting the rest of the species.

So we lose a dozen animals a year to licensed hunters, instead of hundreds to poachers. Again, I understand that a lot of people have a problem with that approach, but what we’re doing now clearly isn’t working.

Reading into this, it appears the attempt to flood the market with fake, 3d printed horn has developed complications.

The linked Toronto Sun article kept referring to the horn as “ivory”. Rhino horn is completely unlike ivory. My Dad has some as ornament on an early 20th century hunting rifle. it is not a material that would have any value if not for it’s alleged magic powers.

I often hear people frame this argument as if it is common to encounter push-back against it.

I understand the older males which can no longer breed can have a destructive impact on breeding males as they tend to be quite a bit larger, tougher and more practised at killing off the young males along with their breeding potential.

For animals like that you really only have two choices if you are motivated to conserve and that is put the old male at grass in some fenced off location or euthanise.

However, the statistics are fucking crazy. There’s no way just stopping the poachers at that end of the market is ever going to be effective without some serious armed guards and a willingness and legal ability to kill the poachers.

Looks like the education initiatives are having some effect. Although the numbers obviously got way worse after 2014 anyway so it seems like there’s a huge cultural push, immune to education, that is driving the market.

The tricky part is that there is no reason to suspect that the legal operation will displace the illegal one unless it can deliver enough product; and the whole problem is that there appears to be no way to do that without unsustainable levels of hunting. When the reason why there isn’t legal competition for the criminals is along the lines of ‘because, um, reasons; and you can’t compare the risks of something that is legal with something that is illegal’; a simple legislative fix allows for the production of enough to suit demand(generally with lower costs, better quality control; and fewer people getting shot).

In this case, the problem is that the supply we can get without driving the species to extinction is estimated to be vastly less than demand, enough so that poaching is apparently amply worth the risk. If we added a legal market, set at whatever level was deemed sustainable, we’d still have the remaining customers once the legal stuff was out of stock for the year, who we know are willing to pay poacher prices.

Plus, flat bans are convenient for regulatory purposes because obfuscating the provenance of something is typically easier than hiding it entirely(or, worst case, it’s a nice alternative to have if conventional smuggling isn’t the easiest way). It’s not as though destroying horns and ivory brings dead animals back; but “You have a rhino horn; therefore you have an illegal rhino horn” is markedly less vulnerable to…legal flexibility… than “I have a rhino horn; but it’s seized material; and all profits are defintely going to conservation, so it’s ok.”(plus the exciting opportunities for collusion and regulatory capture of the rangers and conservation authorities by poachers: poachers kill rhino, attempt to exfiltrate horn? Illegal. Poachers kill rhino, rangers bravely move in, drive off but unfortunately fail to apprehend poachers? One squeaky-clean horn is ready for market!)

If, say, some biotech outfit proposed a method of doing cute tissue synthesis tricks and conjuring up lab grown horn; I’d be much more sympathetic to the notion of flooding the black market out, since (as with situations like Prohibition) the legitimate market would have the capacity to serve the demand, if only allowed to; but if your legitimate supply is going to be necessarily constrained, it won’t be terribly likely to displace illicit supply; and it will add substantial enforcement complications.