She added that the company made a mistake launching in the D.C. market, “especially with a Democrat administration”

Meanwhile in the Potomac River… 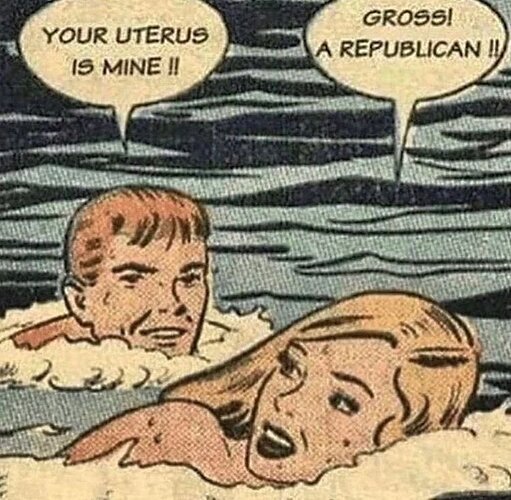 “How can someone in a heavily liberal area get an invite… Most people around this area wouldn’t download this app, much less send an invite,” this user wrote. “Rather dumb.”

and to think, after getting the invite to the app, you have to get an invite to a date. that’s like two impossible things right there…

She added that the company made a mistake launching in the D.C. market, “especially with a Democrat administration.”

Somehow I doubt that a Republican presidency is the right-wing Pon farr.

The dating site market is pretty saturated at this point. In fact there are already at least two other conservative-only dating sites I’ve heard about, having a stupid setup to their app seems to have made it worse for their prospects.

They might as well advertise “want a fella who will expect you do to all the domestic work, but also work two jobs because instead of providing financial support will spend all your money on faux-tactical gear, and traveling around to trump rallies cosplaying Nazi? Good, because that’s the only people on our dumb site.”

That can’t be Reich. I did Nazi that coming.

The free market has spoken!!

IDK maybe also because it might be an FBI Honey Pot: 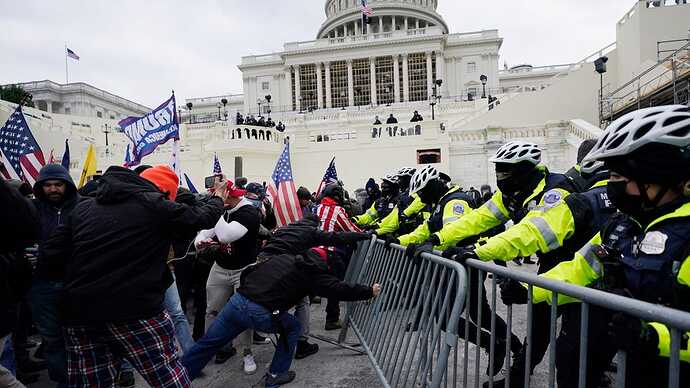 The Right Stuff has a 2.1 rating in the iOS store. Reviewers are complaining about the app's invite-only system, lack of women, and uh... visits from the FBI.

…at least one user complained he answered a prompt about whether he was at the Jan. 6 insurrection and got a visit from the police. -gizmodo

Wonder if Peter Thiel gets his $1.5m seed money back?

So weird their marketing didn’t seem to work… 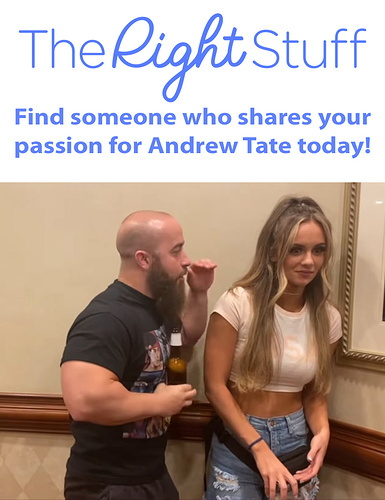 She added that the company made a mistake launching in the D.C. market, “especially with a Democrat administration.”

Seriously, the app maker misread the location, but so did this staffer. Conservative dating pool? In DC?

Her dating pool is going to be other Republican staffers, maybe a few lobbyist. Otherwise DC is a ghost town for single conservatives. It is actually worse during Republican Administrations; people are seriously pissed at the dumbfuckery of Republican presidents and treat their supporter like lepers.

a dating app aimed at people with hearts, just not for folks who don’t look like or believe the same things they do

To be fair, that applies pretty strongly to a lot of dating sites.

IDK maybe also because it might be an FBI Honey Pot:

Indeed, my first thought was, “How could it be a flop when it’s such a tempting target for scammers?” A restrictive invite system is probably the only way to stop that from happening, even though it’s clearly causing other problems.

I get the feeling all conservative only dating apps are just a cover for data farming for telemarketers and ID thieves.

It would seem that romance, like reality, has a liberal bias…

I suspect not intentionally - I mean, it’s funded by Peter Thiel who is a full blown fascist. But you know, if for example they get a subpoena for this information he’s not the sort to refuse. Particularly seeing as he’s distancing himself from Trump. Or even easier - if this kind of shit is listed in someone’s profile you just need one agent on the platform to start searching…

So they won’t let the right one in?

If only conservatives had to be invited before they could cross one’s threshold.

The dating site market is pretty saturated at this point. In fact there are already at least two other conservative-only dating sites I’ve heard about

And “conservative-only” dating sites are pretty pointless in any case since most mainstream dating sites allow users to filter matches by interests or political leanings.

It would be kind of like trying to open a “vegetarian-only” grocery store in a community that already has a ton of other grocery stores which stock a wide variety of food options. Sure, you might win over a few customers who are ideologically opposed to supporting any business that sells animal products, but probably not enough to stay afloat in a community that already has a Sprouts and a Kroger and a Whole Foods and a local Farmers’ Market.

swing in a miss

Swing and a miss.