That’s too bad. It makes me worried about the future of the free weekly in my city.

It’s really striking to me that podcasts are a thing but single articles from such established outlets as this are not a thing. If someone read the articles aloud would there be a market for this? would people pay for it?

i realize there are other issues that cause such closures, of course. every publishing organization has had to cross the tech/net bar, and whatever weaknesses present already in the organization at that time make it more vulnerable to closure, takeover, etc.

Do people pay for podcasts? They take ten times as long as it would to read the same content in text.

None that I’ve heard of, but people do donate to ones I listen to, and some of them get ad revenue.

And the music. Back in the day it was one of the best places to find new bands.

When I lived there in the 80s, the Village already wasn’t the Village any more. Times change, and there are hundreds of new voices. Many of them are highlighted here.

Audio ads are the worst; you never know how long you have to fast-forward.

Yeah. Fortunately they’re short on casts that i listen to, and i figure it’s worth sitting through them since they get so little money otherwise.

The reporting fell off a bit since Murdoch bought it, and even before really - but it still was excellence.

As a side note, this sentence from the linked Daily Beast article is beautiful.

Twenty six million dollars for a three-bedroom penthouse above where St. Vincent’s hospital used to be in the heart of the Village until they tore the hospital down because health care for New Yorkers can’t compete with the money to be made from selling real estate to newly arrived suckers like this. 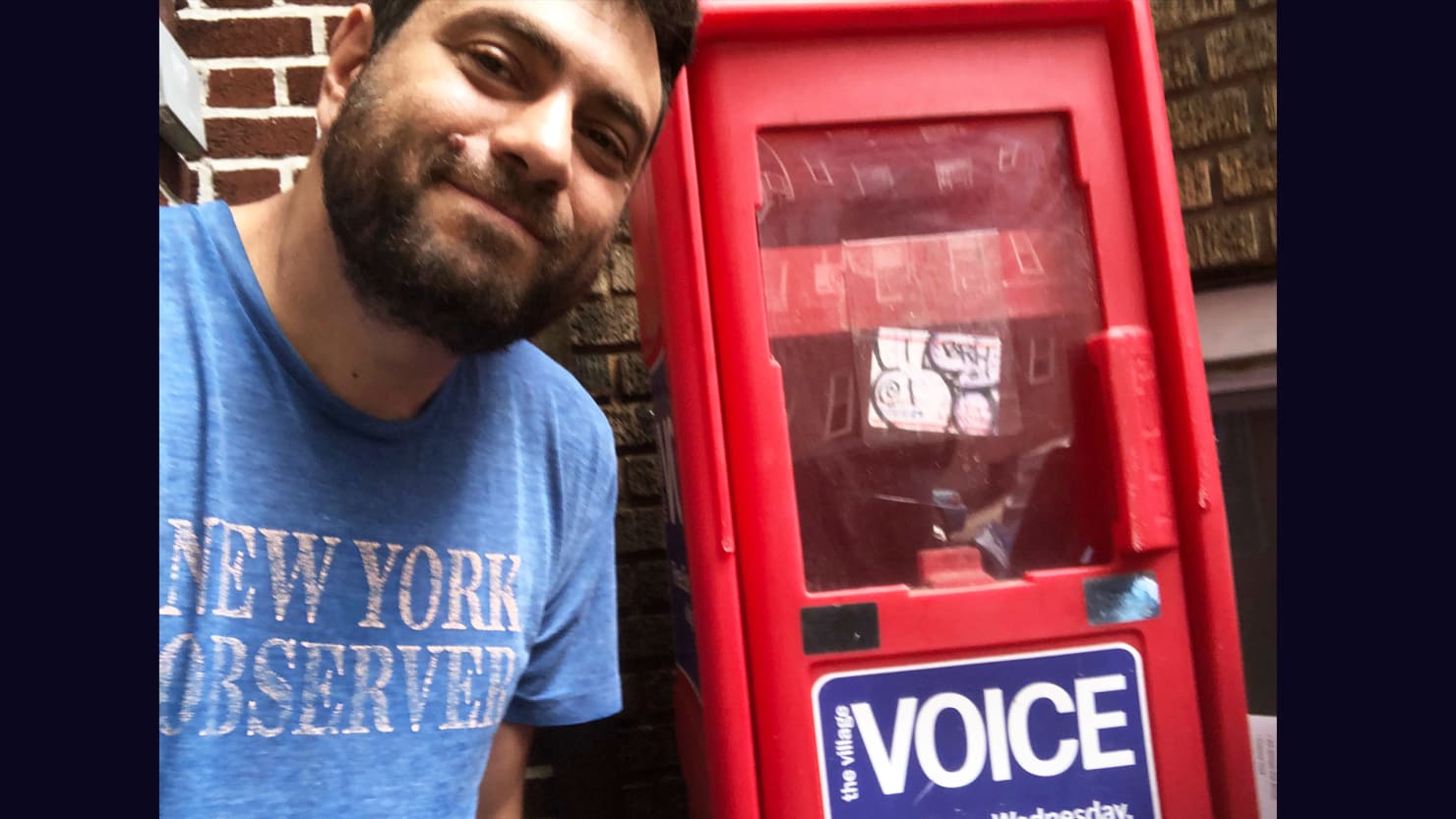 The guy who bought a $26 million penthouse in the Village and offered me a job that maybe didn’t exist, now says he can’t afford to keep putting articles on a website.

Sounds almost like another form of “catch and kill.”

First trans night at a (closed for the occasion) bar and first I heard of Lee Brewster’s Madri Gras store for trans and drag folk - ads in the Village Voice.

Do people pay for podcasts?

I have a friend who was a writer for one of the biggest podcast networks. Worked on (and appeared on) several of their most popular shows.

From him I learned that though there is money in podcasting. Its almost never enough to make a living off alone. Or to pay employees regularly or well. Even those big names in podcasting you’re suddenly thinking of, are usually doing it as part of a bunch of different kinds of work that cobbled together make a decent salary. The rare exceptions are usually people who run podcast networks and studios.

Theres a reason that so many name podcasters are also working comedians, journalists, writers, and radio people. And theres a reason why a lot of podcasts are part of existing media operations that are already financially sound.

He stopped working for other people’s podcasts when other writing work dried up and it wasn’t enough on its own to pay the rent. It apparently payed significantly less than he made writing advertisement and comedy for TV/Streaming.

The world I grewed up in is gone.

And short of that, I hope these fine people do start some kind of new project together. Hope we hear updates…

Do people pay for podcasts?

The only one I know of personally is the HP Lovecraft Literary Podcast, which has been around for 9 years and switched to a paid subscription model a few years ago. There is some free old content on the site but it’s been pay-to-play for new material since the switch. They have subscription rates from $3 a month on up to $200 - a tier which allows the subscribers to sit in on the recording sessions and participate, though the site says that there are no more $200 spots available.

I know of other podcasts that offer a free tier with audio ads and a paid tier that is ad-free, but it’s not their primary source of income. The hosts of the H.P. Lovecraft Literary Podcast are doing this as their full time job now.

Sorry if I misunderstood your question and this isn’t an answer you were looking for.

Aaaand the last little bit of the once great New York City is done. I guess The Strand is still around, so that’s something?

This the sort of thing oligarchs do, when they think their expertise in collecting money means expertise in all human endeavors.

The museums will stay. The schools are great. There is vitality.

But it does look like that newspaper truth-to-power is going subsurface for a while.