The description makes it sound like the old DOS Battle Chess. 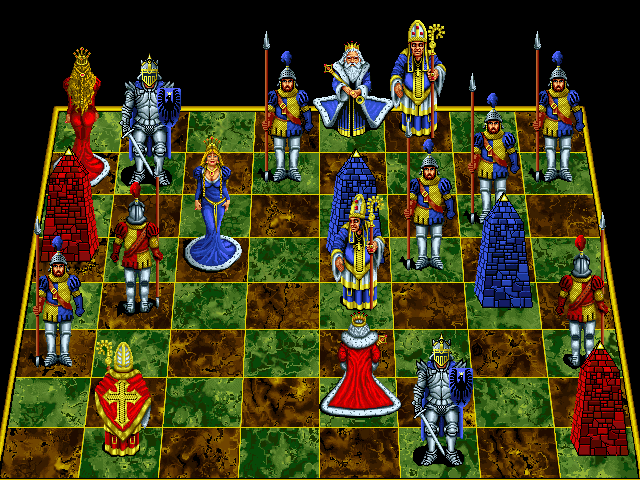 Battle Chess was just chess with some graphics for captures. If you move a piece onto a square occupied by an opponent’s piece, you always capture it successfully.

Rogess has different rules - combat is based on random dice rolls. The odds may favour the attacker, but there is no guaranteed win.

I just started a game, and I observe so far:

IIRC there as a mode in Battle Chess where it would roll the dice on combat actions. I don’t think it had any kind of HP check though, just a chance that the defender would win the combat.

That reminds me of the old Archon game for the Commodore 64. Good times…

My first thought was of this: 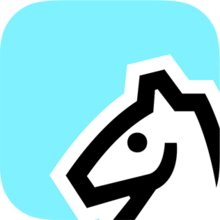 Really Bad Chess is played using a normal chess board, but with each player given one king and 15 other pieces selected at random based on the player's skill level. The pieces, moves, and goal are identical to the original game. Because of the rearranged pieces, players cannot use typical chess opening moves. Unlike in standard chess, in Really Bad Chess there are no draws: a stalemated player loses the game, and no draws can be claimed for reasons such as threefold repetition. As such,

My second thought was of ol’ Puzzle Quest, but with the match-3 “combat” replaced by chess games with AI opponents of variable difficulty. It has surely been done before.

Archon…now that was fun. But somehow I remember the graphics being better. I just have higher expectations now.

There was Archon Ultra: 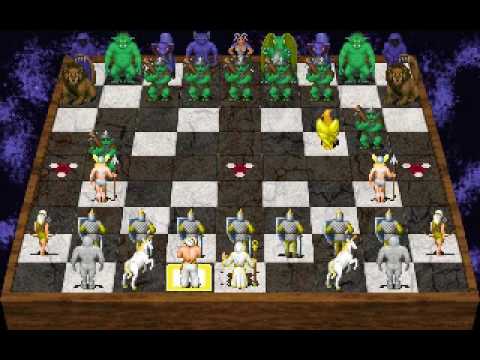 for $10 on Steam you can get your nostalgia on.

To be honest, I prefer Chogue (from the same team) which is the “reverse” combination.

Reminds me of the old game Archon: The Light and the Dark. It wasn’t chess exactly, but it was played on a similar board. When you moved a piece on a square occupied by your opponent, the two pieces were placed in the combat arena where you battled it out arcade-style.

Edit: Damn I’m a slow writer, beaten to the punch by several people…

This was interesting but it could use some rule revisions to mimic the ideas of chess as a war strategy game. I’ve only played it once so some of these things might exist. One idea is having more than one attack per move if there are multiple pieces attacking the same piece. In actual chess, of course, moving your piece where it can be easily attacked and taken is foolish, but in this game a piece could perhaps survive multiple attacks, and if you can only attack with one piece at a time, then it doesn’t matter if you jump into an area with multiple pieces protecting it, if you can get an attack on the king it will be worth it.

Another corollary idea would be to bolster the defense of a piece if it is “defended” by another piece.

As far as piece strength, pawns should hit hard, but go down automatically when unprotected, with a good bonus to defense when guarded by another pawn to duplicate their true strength. The king should automatically take down any piece that it can attack(that is not otherwise defended), to discourage moving adjacent to the king for an attack without support. The king should have no defense, mimicing the effect of a “check”, forcing it to be adressed or losing the game. This would also discourage it’s use as an offensive piece until most pieces are off the board, and encourage the protection of it.

There are other ideas of course, in the roguelike vein. The rooks could be healers, for instance, able to restore the kings hit points. The bishops could be archers, having the option of potentially taking out a piece without actually moving to the square once it’s removed from the board.

Anyway this is a pretty rich idea and I thought it was interesting.

I played a game and it was ok. I’d play again. One thing I noticed was that sometimes a piece would attack and do damage and sometimes it would “miss”.

While this is cool I think it would also be cool to have a mode where this doesn’t happen and the HP (strength) of each piece was the points allotted to actually chess pieces (e.g pawn=1. bishop and knight =3, rook=5, queen=9). You’d have to assign a value to kings, as they are typically thought of as infinite since the game ends once checkmated. so, you could capture a queen with two rook attacks, or capture a queen with 9 pawn attacks.

This would bring a whole new level of strategy to the game of chess and would be fun.

As a child I enjoyed playing Smess, which “was created by sit-com writer Perry Grant, and it was produced in 1970 by Parker Brothers. It was also published under the name Take the Brain, which was apparently the British name for it.”

If you felt Chess had neither enough boards nor enough pieces, you could try Dragonchess which is about as complicated a chess variant as you might expect from the author of Cyborg Commando and D&D

I wonder if the pieces ‘level up’ after capturing enemy pieces. The ‘pieces captured’ are tracked and displayed for all your pieces, so one would think that’s only relevant if it affects something.
Maybe they get bonus attack and/or bonus damage after having captured pieces?
That would play well with the rogue theme as many rogue-like games have character level-ups.

Loved Archon. Those unicorns were badass.

Does it have a lunar phase clock?

You are lucky! Full moon tonight.

Be warned, the level generation may be procedural but it’s a bit repetitive. I keep getting the same level layout again and again. Something’s buggy there.

Thinking about it, the mechanism where the pieces do the damage of their point scores, effectively further increases the spread in the pieces’ power, and so the spread in their point scores - a pawn is worth 1 point to a queen’s 9 because of the pawn’s limited movement and the fact that it can still reliably capture any piece, even the king or queen, in a single move should it be positioned to do so.