well… he can fuck off then

He makes unsupported assumptions about who will survive when he starts to attack people.

A mixed bag. Correct regarding Putin’s war aims and the ways in which they could go horribly Grozny-wrong and how the West will respond differently in that scenario. Also correct about the bravery of the Russian protestors and the respective greed and cravenness of the Tories and Starmer’s labour. However, a lot of conspiracist vilifying of NATO for causing the war makes him lose credibility. This war is the doing of Putin and his coterie, no-one else.

I can’t speak to Ali in this regard, but “blame NATO” and “blame the EU” seems to be the fallback position for a lot of Putin’s (until very recently) apologists and Useful Idiots. This is especially true amongst leaders of European far-right parties like Le Pen and Farage.

While the Tories and Labour are attacking Stop the War in Britain because it does not favour NATO’s criminal and obscene wars, they praise the Russian marchers.

I’m surprised that Tariq Ali praises the Russian marchers, since they blame Putin not NATO for the war. 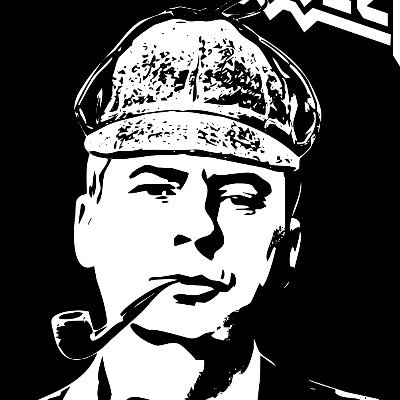 Shoop? I hope not.

Please respect the fact that Ukrainians have their own agency. It was a popular uprising against a president who, instead of delivering his campaign promise to seek EU integration, got scared by Putin into starting some integration with Russia (and then turned bloody tyrant to suppress that protest). All subsequent governments were formed by democratic elections.

dreher is one of several on the right who has gone crazy for orban and a lot of their love for him is because he’s been oppressing and persecuting the lgbtq community in hungary. there’s a serious bully envy to it that’s extremely disturbing and a lot of it is coming from the “never trumo” folks who get a lot of praise for their “courage”.

I am sure he still doesn’t.

Clearly it was NATO that manipulated the Ukrainian people into having second thoughts about having elected a Putin arse-licker who thought a private zoo was a good use of public funds. /s

Everyone has a plan, etc.

This is already turning out to be different from the Crimea. If the Russian army is not able to take the capital Kyiv , Odessa and other big cities and gets bogged down, Putin’s reckless adventure could begin to implode.

This seems like it’s already happening, especially since they (as others have pointed out) ignored logistics for more than a very short blitzkrieg.

ITN News in UK reporting that Russia is mobilising another 50k troops from the border areas. Maybe they only deployed enough for a walkover and now realise it is not going to be that.

Don’t forget about the private greenhouse for growing bananas too.

I can’t speak to Ali in this regard, but “blame NATO” and “blame the EU” seems to be the fallback position for a lot of Putin’s (until very recently) apologists and Useful Idiots.

Please respect the fact that Ukrainians have their own agency.

First of all, @milliefink wasn’t making those claims, she was reposting about Tariq Ali said. So, how about don’t blame HER for the words of someone else…

and “some bad actions on NATO’s part haved played a role in what’s happening now.”

I think part of the question is whether or not Russia should have been concerned with a NATO build up and the expansion of the EU? I think that’s what Ali is attempting to get at, though he does seem to gloss over agency of countries that actively sought to join NATO and the EU…

Don’t forget about the private greenhouse for growing bananas too.

That’s a terrible idea. Smartphones are how the Russian people can communicate while the oligarchs control the media.

The former Putin fanbois are going for the former. The Italian fascist politician (Salvini?) can’t even say Putin’s name when he admits he was wrong about dismissing the prospect of an invasion, but he sure can berate NATO.

In any case, NATO spent years doing everything it could to delay Ukraine’s membership bid* precisely because they knew letting the country in would rile Putin up. While I think that was the right move I also recognise that they discounted the clear evidence that Putin didn’t consider Ukraine a real country and intended to invade no matter what. That’s some Chamberlain mind right there.

Then calling it a “NATO coup” was a poor choice of words. Yes, NATO has been pressuring former Eastern Block countries to join. No, that doesn’t represent a coup, when very clearly the Ukrainian people voted out a Putin puppet and backed that vote up by deposing him when he wouldn’t give up power.

Apologies to @milliefink, it was not meant to accuse her of anything, merely to correct a misleading statement for the benefit of all reading this thread. I’ve edited the formatting of my post to hopefully make it clearer.

If you’re going to post only once, make it a doozy!

I blame all you people for posting smart stuff!