Me likey. Too bad that will probably never make it over to the states.

I’m the farthest thing from a car guy but…

That’s pretty coo looking.
Mirrors would be nice though…

Cool car. But I wouldn’t have any conversations in it you didn’t want the KGB to know about.

A Russian arms maker has made a car… I’m still trying to parse that. Especially that photo with the machine guns on the wall in the background. Is there any chance drugs aren’t somehow involved in this?

The link is worth following to also read about their robot:mech. 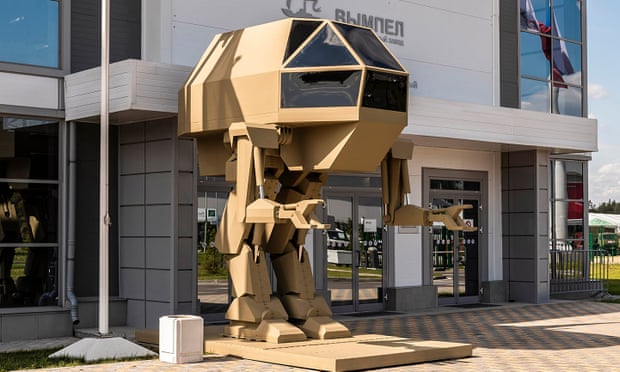 Kalashnikov’s robot operated by pilots who sit inside it while it reportedly walks and operates weapons.

Apparently it was revealed last week and I missed the news.

Is there any chance drugs aren’t somehow involved in this?

Drug money investment leading to a product that looks like a cheap, movie prop. That actually makes sense.

Fill the trunk with cocaine and hit 88 mph!

Mirrors would be nice though…

Finally a car we can ALL get behind!

Conservatives: we like the fancy stylings of our new overlords!
Liberals: and we like the eco-friendly 217 miles / charge!

Me likey. Too bad that will probably never make it over to the states.

It will happen. Just remember to vote Trump / Pence 2020!

Does it come with Adidas sweat suit?

In modern Russia, car drives you!

Wait, it’s not self driving? No deal.

Hmmm, it was more aerodynamic I expect it would get better range.

Finally a car we can ALL get behind!

including a “revolutionary” inverter

Russian are experts at inverting revolutions.

Is this part of that Russian Elon Musk meme thing?

No, this ones electric. You’re thinking of the coal powered sedan from Kroshechnyye Ruki Motors.

See that shit, it’s almost there. The clusters of LED’s are still suggesting old-fashioned headlights to an extent.
I’ve been telling people that that is a dead paradigm. Because LED’s are tiny and cool in temp, anymore, the design outlook should be; “where you need a light, put a light.” It’s just because designers think that people wan’t a vehicle to look like they have previously thought that they should look that they do it the way that they do it now. They are wrong about that too.
Composite headlights and tail-lights that can be seen from several directions are a liability and a design mistake that should have been done