Indicative of the general intelligence of your average Russian soldier, this clown has posted pics that show Russians shelling Ukraine from Russian territory. INB4-ASSHOLE-IDIOTS-DRINKING-RUSSIAN-KOOL-AID: Pics are geo-tagged… as being shot in Rostov, Russia.

Russian soldier Vadim Grigoryev posted proof of a Russian attack on Ukrainian territory via the social network VK.com (Vadim’s page was promptly deleted, a copy can be viewed  here). On the afternoon of Wednesday July...

At the bottom of the article it links to another covering the Ukrainians claiming they were being shelled by Russian positions.

The aftermath of yesterday’s reported hail of Russian rockets into Ukraine is starting reveal itself. Further video footage posted online shows billowing clouds of smoke rising above the Ukrainian town of Provallia, Luhansk region. While Provallia...

^Right next to Donetsk - What a coincidence!!!1!

(apparently there are precisely 2 compassionate people in Russia, and 3 photogs who wanted to document them)

This dude thinks he found the launch site: 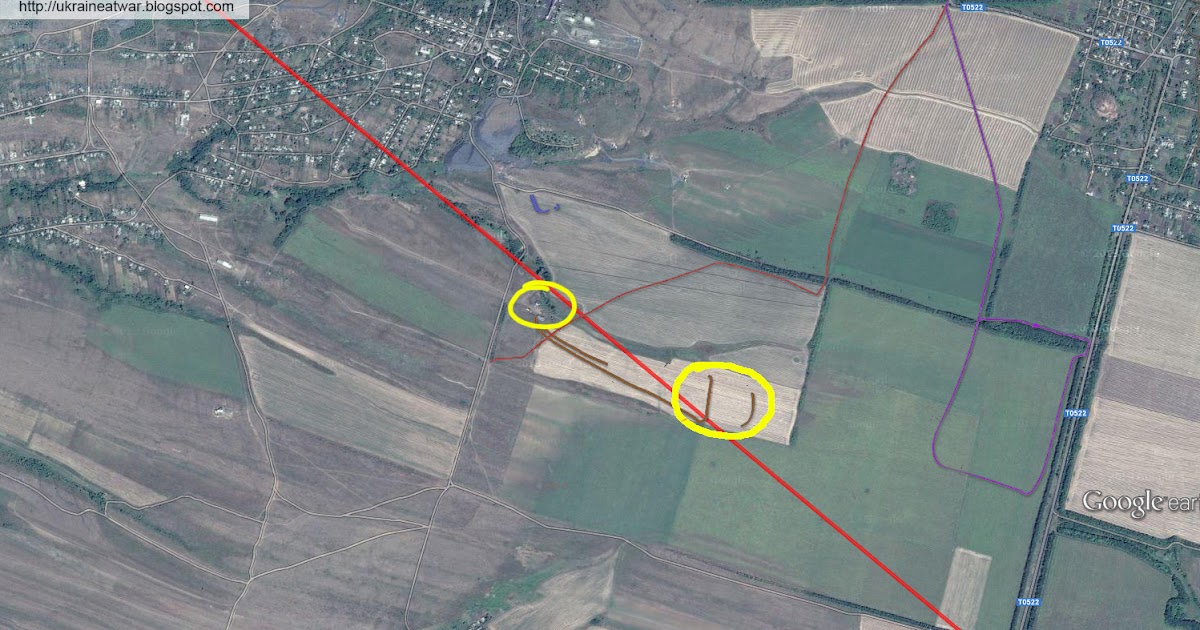 A blog about Putin's war in Ukraine.

And this article pops up on rebels raping the local girls: Media stays silent about this topic: Sexual slavery is taking place in the occupied town of Luhansk. In the occupied office buildings of Luhansk Oblast region, there are not only men in captivity, but also women (girls), but Ukrainian media often...

What a disgusting bunch.

Hey, don’t be jealous; one day soon the rape and pillage will come to a neighbourhood near you.

Just wait till we slip down Maslow’s hierarchy a few notches.

I read enough dystopian stuff that I wonder what I’d do.

The clear method of subjugation is to say “if you respond, we’ll do this to your entire family”, in tandem with intelligence gathering by the secret bunch.

How would one respond? Clearly, over history, people yield. But on the numbers, a mass simultaneous uprising, with all the loss that would entail on behalf of the resistance, could be successful.

Which is why the internet is being killed, presumably…

No problem really. We have the tech now to distribute information relatively cheaply over massive areas, wirelessly. It’s only getting cheaper and better.

That’s what I said, but @shaddack reckons it’s not so simple.

I saw an interesting hypothesis - that MH17 was being escorted by a Ukranian SU-27 military jet when it crashed - hence the pro-Russian claim that the Ukranians shot MH17 down - there was a Ukranian military plane nearby, and the pro-Western suspicion that the rebels assumed the SU-27 was escorting a high value Ukranian military plane, and then ignored transponder or other data indicating it was a civilian plane, and shot it down. If it’s true MH17 was being escorted, there might be an eyewitness to the crash

What is the fuel in the Buk missile? The ground would be contaminated with unburnt rocket fuel it would be possible to show that a rocket launched

Solid propellant of some kind. I was not able to find more details, but I assume the search can be narrowed down by research of the compositions used in the system’s inception era (the upgraded versions of the missiles are likely to have better propellants too).

The absence of clouds of dense smoke suggests the fuel does not contain aluminium or magnesium or other metals. This suggests nitrate-based propellant of some kind (double-base something?).

The unburned fuel residues will be likely just dust and flakes and maybe some combustion products. Not sure how much will remain on the launch site.

It’s always worth trying. The not-simple means that the result may not be as good as expected, or that it may not work at all, but the ultimate answer is in an experimental deployment.

My policy: If the potential freedom of your future family are at stake, I say do it. If you think things will blow over in the near future, don’t do it.

An interesting idea, but how does that work in the context of a field of dry, burny* wheat? Surely any fuel that wasn’t burned would’ve been burned by the subsequent grass fire from the rocket launch. If you look at his example of a buk system being fired you can see it’s pretty damn burny. You can’t get a rocket off the ground without burning something in the first place.

Also, I don’t buy the idea that MH-17 was being escorted, firstly because there’s no examples of that happening previously, secondly because it would be a shitty plane with which to escort a passenger plane, thirdly because it would make no sense to confuse a definite civilian aircraft flight with a potential military/valuable one because it being shot down was a distinct possibility and fourthly because the Ukranians already have enough going on to care about a passenger plane that wants to fly over their territory. Planes and fuel, in a war situation, are things you don’t want to use unnecessarily.

Governments were asleep and they allowed their loyal subjects to educate themselves beyond the reach of government monitoring. If governments knew what the internet was when it started, they wouldn’t have let it start in my opinion.

Now that the cat is out of the bag they can eat a big pile of playing catch-up. Those who seek to break the system are always one step ahead.

This topic was automatically closed after 940 days. New replies are no longer allowed.