Unless you count Calgary and Rotterdam, apparently.

Serves Goldsmith right, anyway, even his sister has slagged off his racist campaign. Linton Crosby came up with a truly dumb strategy for winning a city as diverse as London.

He won by around 15 points. (57% to 43%) which was probably bigger than anyone expected, rather than narrower. The last couple of times, the result was practically a coin-toss; this was something else.
And whilst it is true that it seems that the only area he didn’t win was in the bigger Jewish communities, it’s unclear whether or not that was due more to the overtly racist Tory campaign (which had attempted to exploit a relatively minor unrelated incident.)

Yes! Um maybe? Not really sure, you better visit to see.

Who can tell? The rents there…

Unless you count Calgary and Rotterdam, apparently.

Neither of those is the capital of a country.

Heck, Calgary isn’t even the capital of its province.

To be fair, Calgary’s population is almost 50% larger than Edmonton’s, and is about the same as the metro area population of Ottawa.

Irrespective of size or actually being a capital of anything, Nenshi wins just for being an all around awesome guy.

Well, read about another Muslim mayor, of the second largest city of the Netherlands, Ahmed Aboutaleb, https://en.wikipedia.org/wiki/Ahmed_Aboutaleb . He’s been mayor for 6 years now, and he’s pretty awesome: 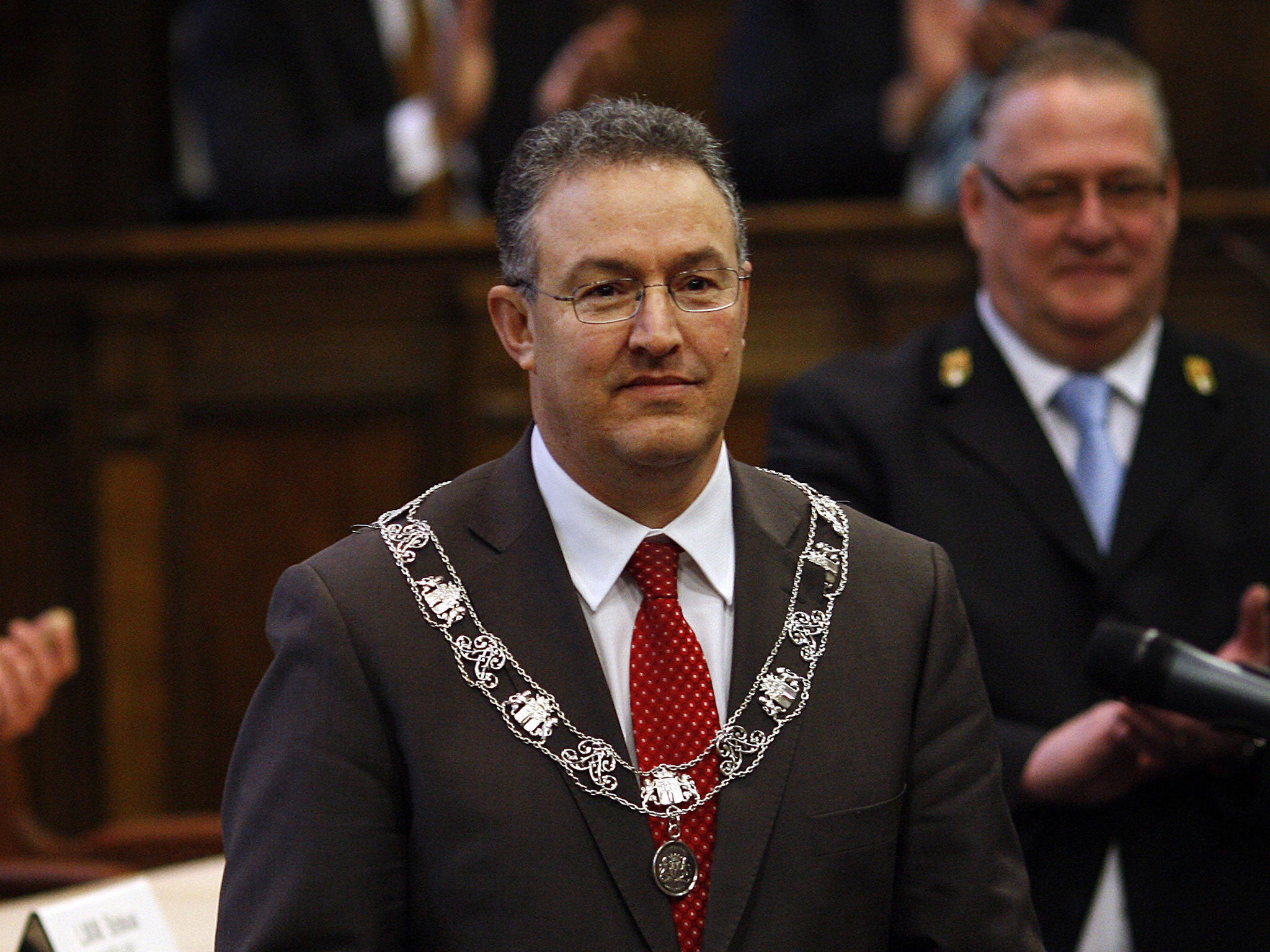 In the wake of last week's tragic Paris terror attacks, the Muslim mayor of Rotterdam has launched a strongly worded attack to Islamist extremists living in the West who “turn against freedom” - by telling them to “f*ck off”.

Of course, this does not mean that London won’t turn into a no-go Sharia zone now.

On the other hand, this may be an incentive for natives to stop whining about their country being taken over by muslims, and start having babies of their own.

Parts of it have been for a long time according to some of my Jewish friends there. I’ve not been to London in over a decade so I dont know myself.

This of course has nothing to do with Sadiq Khan being elected mayor.

I do wonder how many London Jews thought that the Conservatives were attacking Muslims now, and despite Goldsmith being Jewish it might be their turn next. The policy seems have backfired badly. It was just as well for him that Lynton Crosby got his knighthood before the result was in.

Parts of it have been for a long time according to some of my Jewish friends there.

Where do these “Jewish friends” live? Stamford Hill? Are these the (tiny minority of) extremists who have been running illegal schools where boys are not being taught in English so they don’t find the truth about life outside the Hassidic community? English law has recognised for a long time that Beth Din can rule in civil matters where both parties agree to it, and the financial system recognises things like Sharia bank accounts and investments. But the criminal law makes no exceptions based on religion, and this isn’t going to change.

In the real world, the threat to Jews and Muslims alike in London comes from white supremacists - and as we have just seen, they command almost no support.

What about Mr Gökçek? According to the propaganda of my minister of defence a NATO membership is the highest form of western lifestyle.

Since your opening was really obvious baiting for an argument that doesnt need to happen, I’ll concede. You won the internet.

I had the same initial reaction… and then read the actual words. Damn brain, lol.

Of course, like any large city (9 million people ++) London has “dodgy” areas that you wouldn’t want to wander into without prior knowledge. But there are NO no-go zones for police (as per FAUX News) that are “Muslim” controlled.
Yes, there are areas where Conservative housing/welfare policies have majorly fucked-off the locals, and to be honest the air quality is less than good. But over all it’s not really a scary city if you do the kind of research you’d do before visiting any major Capital city in Europe. (Source: Lived in London for last 44 years).

Unfortunately, many London Jews seemed to fall for the Tory narrative, at least the ones I know. I was seriously worried that things could go really pear shaped and the awfully destructive Torys would keep hold of City Hall. Pretty obvious that Goldsmith was merely a puppet on a string lowered down to test the waters and see how far the Tories can push their conquer and divide tactics among the idiot plebs.

The scary bit, which no one has yet discussed is that London has a huge EU population, who had the franchise to vote in this election but can’t vote in the referendum. The vote for Khan was also a vote against Brexit!

Good to remember that B Johnson, Mayor of the biggest European city with a 36.7% foreign born residents, many of them European, had the audacity to campaign for Brexit. The impunity with which these Tory Golden boys are operating is maybe starting to get the better of them.

Parts of it have been for a long time according to some of my Jewish friends there.

When you are making such statements it would be helpful to be more specific. You are speaking about the city I live in with my Jewish heritage, and I sure can’t perceive any sort of threat that is related to that heritage. London / UK very different to France / Paris in this regard. And it is exactly this positive difference, this living alongside one another, peacefully, that the Goldsmith campaign was trying to undermine, destroy. Shame on him, because (as his sister pointed out) he should know better.

No parts of London are dangerous for Jewish people, Orthodox Jews move around the city freely and live alongside Muslim areas e.g. in Hackney, where I live.

If, on the other hand, you are a mixed raced teenage boy, London could be very dangerous for you, but that has nothing to do with your religion. The hope is that Khan will focus on such things… rather than feed peoples prejudices.