Samantha Bee on the media's refusal to take on Trump

“Calling a liar a liar isn’t an opinion if you can prove it."

She and her writers don’t HAVE to pretend there’s so little wrong with Clinton as a candidate in order to prove how much is wrong with Trump.

Hey remember the last time the MSM didn’t do their job? http://digbysblog.blogspot.com/2016/09/remember-last-time-msm-didnt-do-their.html

She has perfectly put into words how dumbfounded I am at the way the media is treating this election. Clinton has her faults (and they are more than just her email server usage), but they are still microscopic compared to Trump, who is nothing but faults; you can disagree with Clinton on policy, disparage her for her lack of transparency, even complain she’s part of the whole corrupt DC establishment, but she still has a grasp of politics, diplomacy, Constitutional law, and economics. Trump is completely clueless about all those things.

The media really does seem like they were unprepared for having to deal with a constant onslaught of total bullshit from the nominee of a major political party (compared to say, Lyndon LaRouche.) If this really is all about money, if media corporations think they have to avoid alienating Trump supporters in order to stay profitable, then they should wake up and realize few if any Republicans watch CNN or MSNBC or even CBS, they are all watching Fox, so to quote Trump “what do they have to lose.”

I saw an example of the media calling a politician to account, here

The first half of the story is pretty much the fluff you’d expect, but I was surprised how much effort Latika Bourke (journalist who wrote the piece) went to in the second half to point out how out to lunch Roberts is, name calling a who’s who of This Are Serious Business in evidence.

i can’t wait for all this to be over and HOPEFULLY mr oompaloopa to go back to “reality” tv or whatever con he’s pursuing. FUCK

Let’s see, there’s a prison labor strike here in the US. An enormous labor strike going on in India. Massive accounting fraud in the army, civil disobedience and mass arrests around that bakken oil pipeline, while there have been 3 serious oil spills in the span of one week. The news media can’t be bothered to cover all these stories, they’re too busy giving in-kind donations of publicity to the Donald! Does anyone still think the 4th estate exists in this country? 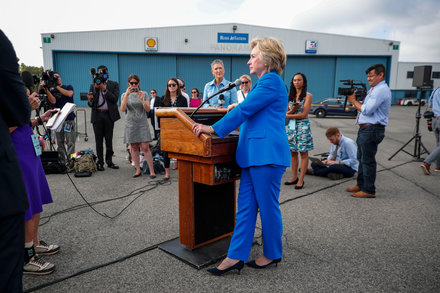 Opinion | When a Crackpot Runs for President

Journalistic efforts at fairness may risk normalizing Donald Trump, without fully acknowledging what an abnormal candidate he is.

Does anyone still think the 4th estate exists in this country?

Well, I don’t, but a lot of people do. They think it’s Fox News, bastion of truth in opposition to the supposedly liberal “lamestream media.” (Not that most Fox watchers and Rush listeners have even heard the term Fourth Estate.)

I am well aware of what the Fourth Estate is, and I don’t know why my taste for Canadian prog rock should have any bearing on that

Anyone remember when Cokie Roberts wrote an opinion piece on Trump recently (this spring, I think it was):

She’s an analysis and not an anchor…

Does anyone still think the 4th estate exists in this country?

Sort of. Broadcast media has become mostly irrelevant, representing (as it typically does) the interests of a small minority. These days, media and journalism are much more often like what you and I are doing here and now on the bOINGbOING BBS. Nowadays, the average person IS “the media”.

But of course, the broadcast media circus still exists. But it is the fringe these days, except for the crowd who might actually believe that “money = speech” nonsense.

Most irksome about that situation is that calling the SFV out as “least qualified” candidate to ever run for President isn’t opinion, it’s objective fact. He’s never held public office, never been employed by anyone named something other than “Trump,” has no history of public service of any sort, dodged the draft, can’t manage his corporate entity’s finances properly (4 bankruptcies, and counting), has defrauded investors…the list just goes on and on.

I know! Plus, Fox News constantly muddies the waters on opinion and news all the time, and yet people take it seriously as news. When NPR was accused of that (in an attempt to completely drop federal funding for it), they made a sharp rightward turn, I think, or at the very least worked to address perceive imbalance. I don’t think any other news organization works as hard at objectivity as NPR (not that objectivity is the only thing to value in journalism).

I like the “rational wing” probably less than I like Trump. They aren’t that much different than Trump, just more soft-spoken about it. They seem like rational human beings until you really talk to them, and then their inner monster comes out. If Trump it’s the Republican Frankenstein, they are Republican werewolves.

(Not that most Fox watchers and Rush listeners have even heard the term Fourth Estate.)

They know the Estate Tax is an evil socialist conspiracy. The rest is just details.

Most people I talk to seem to think themselves immune to propaganda, it’s something that other people fall for. Of course, propaganda wouldn’t be effective if we noticed what it was doing to our thought process.

What the news madia/propaganda machine does is a bit more subtle than we give them credit for: rather than telling me what I should think, it’s telling me what everyone around me thinks. So I go around reacting to what I think my neighbor is saying, while that same neighbor thinks he knows what I’m about, based on what was said in the news.

Want to join a labor union? Don’t waste your time, your co-workers are far less progressive than you, and they can’t form coherent sentences. Want to form a 3rd political party? Forget about it, people are idiots. Grumpy about the poor choices that have been foisted onto us by a tiny elite? Relax, the citizenry is stupid, deserving of contempt, and has richly deserved the awful leadership that’s characterized this country since the 70s.

Some of the smartest people I know believe these things, and don’t believe me when I point out that this is the distorted funhouse mirror that the news media is holding up to us.

It may even be true. I’m not an expert, I don’t know what people who aren’t nerds think about. But what if the vast majority of citizens were smart enough to act in their own best interests, and what if collectively we could sift out the shills for the 1%, and give voice to the 99? For that to happen, we couldn’t talk at each other, we’d have to start listening. Which is exactly what the TV has told me (not in so many words) is beneath me.

Sure, I’m fully aware of all that and agree. My point was less about the GOP and more about the reaction to Roberts expressing a political view point when she isn’t an anchor and acts as an analysis on NPR more than anything else. NPR does a much better job of working for an objective view point than, say Fox News or even CNN.