Samsung: watch what you say in front of our TVs, they're sending your words to third parties

‘Smith!’ screamed the shrewish voice from the telescreen. ‘6079 Smith W.!
Yes, YOU! Bend lower, please! You can do better than that. You’re not
trying. Lower, please! THAT’S better, comrade. Now stand at ease, the
whole squad, and watch me.’

A sudden hot sweat had broken out all over Winston’s body. His face
remained completely inscrutable. Never show dismay! Never show resentment!
A single flicker of the eyes could give you away. He stood watching while
the instructress raised her arms above her head and–one could not say
gracefully, but with remarkable neatness and efficiency–bent over and
tucked the first joint of her fingers under her toes.

I did read the EULA and that line gave me the willies too.

Which is why the feature is turned off and there have never been microphones or video cameras attached to ours.

But Orwell got it wrong. Even he couldn’t conceive that we’d clamor to pay for our two way tv’s ourselves, and even carry portable versions with tracking technology with us day and night, voluntarily, without government coercion.

This wording is fairly obvious that it is only recording and transmitting things when the voice command is activated. Its saying “we will transmit things you say directly to the TV in the context of a command, if you put personal information into the command it may be transmitted” not “we will record passive conversations”. Its no different than google transmitting your search results to third parties.

Silence, because I wouldn’t have heard it?

But my reaction to the story would be the same regardless. I don’t want an XBone watching and listening to me, I don’t want an Amazon Echo recording me, and I don’t want this. Easily avoided in this case, because I won’t buy stuff from Samsung anyway and voice control anything is about the least compelling technology I can think of.

What? Did you think there were elves living in the TV, doing the voice recognition?

Given how quickly the tech industry is on track to cure paranoid delusional disorders, by ensuring that all common paranoid delusions are features of common consumer electronics and thus firmly grounded in reality and not delusional at all, the presence of Alex Jones wouldn’t keep the EULA from speaking for itself.

The privacy record of ‘smart’ TVs is already atrocious, despite the fact that they’ve been hampered by most of the vendors being barely capable of assembling functioning firmware.

Assuming I hadn’t read it in the Samsung EULA myself, then the Alex Jones video “Measles Vaccine Kills More People Than The Disease” linked on that page would make me disinclined to believe anything else there …

Ok, what if Boing Boing would have posted an article about inforwars?

Lets say the headline of this hypothetical article would have read:

What would you have thought then?

*shrugs* Do you think that’s a headline Cory would write?

Its no different than google transmitting your search results to third parties.

Yes - in that I don’t need them to do that either.

shrugs Do you think that’s a headline BB would write?

EDIT: Almost forgot… I need to ask. All you would have done is shrug? You would not have had an opinion on the hypothetical article?

I was shrugging to you, not this hypothetical article.

How would I react to an article that doesn’t exist? I’d have to read it first. 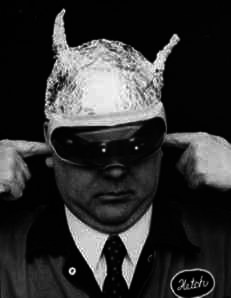 Ok, what is your reaction to the BB article?

The problem is that these little SMT microphones offer a poor frequency range. When I’m off on a tear, speech-a-fying to my television set, I need to know beyond any doubt that it is receiving my voice with optimum fidelity. I shouldn’t need to open my television to install a proper large-diaphragm electret capsule in there. Do you know how tedious it is to unpack the innards of a contemporary set? And then I’ve got to use some compound to fill the surrounding area so that there’s no buzzing of the parts nor plastic when I talk.